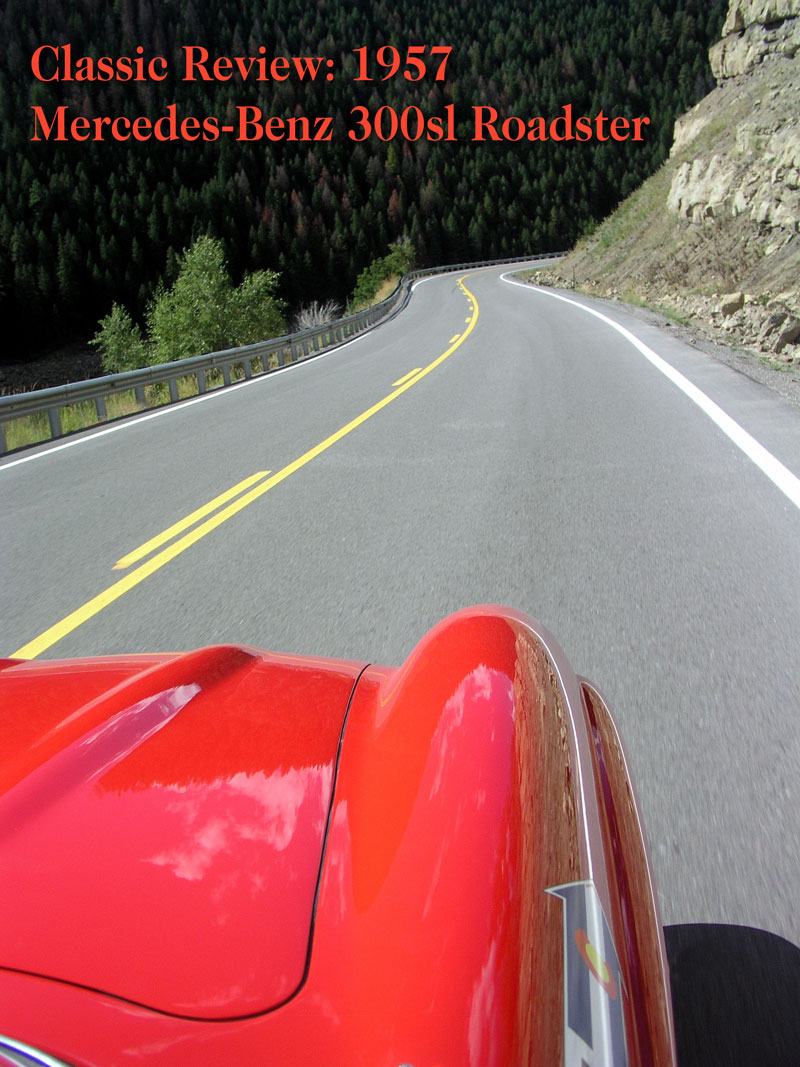 Summer 2005, my plans for a Vintage Car Rally Vacation evaporate as my funds allocated for the purpose are vacuumed out of my wallet rebuilding an very poorly rebuilt engine. What started as an odd knock became a horror show as my fussy ex-pat Yorkshireman mechanic in Chilliwack, B.C. removed the Jag’s head and found the forensic remains of a car-related massacre not seen since Pol Pot rode around in his ’73 Mercedes. Just when I had given up on my dreams of a Vintage Vacation the phone rang with an offer to Co-drive an event that September in a really nice car. I accepted the offer faster than Mr. Fangio could anger Mr. Ferrari. What car saved my summer? Only what many have called the world’s first Supercar: A Mercedes-Benz 300sl. 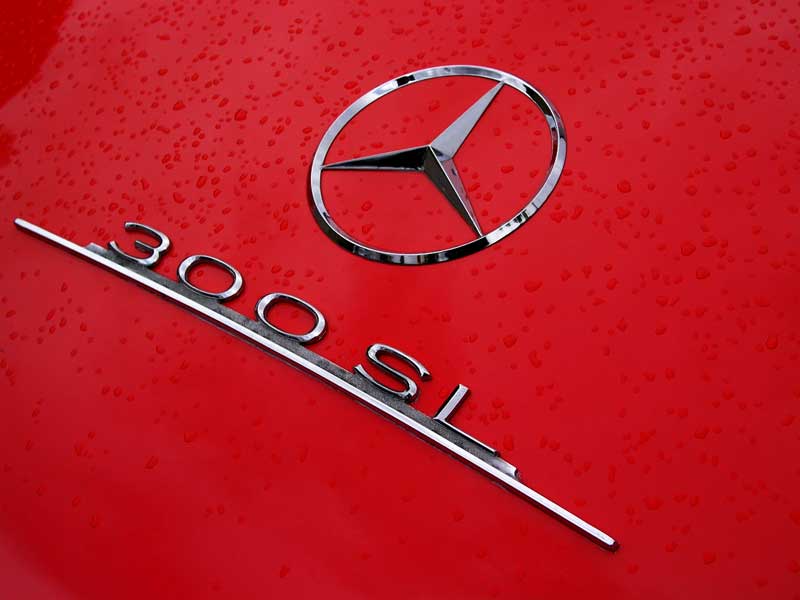 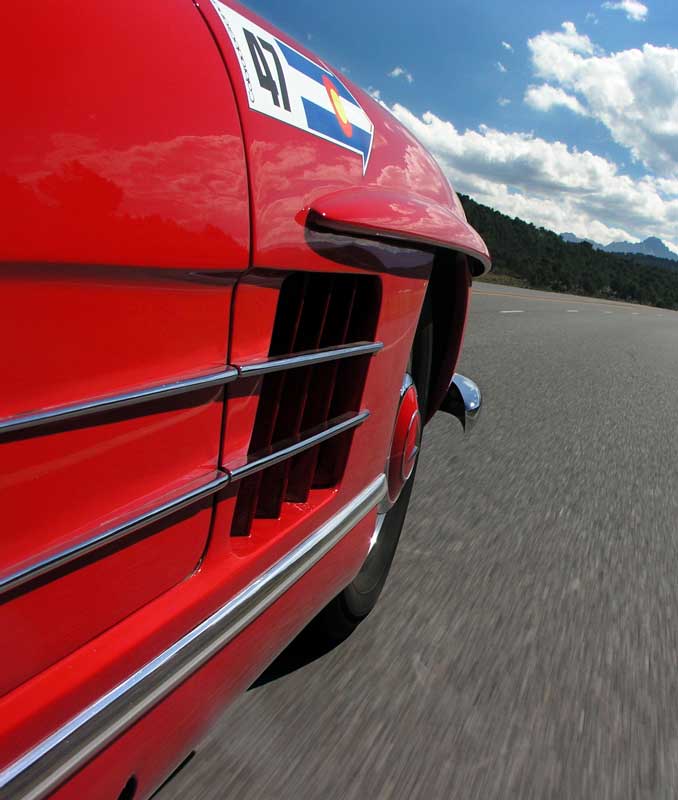 A race car adapted to the street, the 300sl was the creation of Daimler-Benz’s US importer Max Hoffman. He convinced the men in Stuttgart that he could sell a street-legal version of their W194 chassis to wealthy Americans. Unveiled as the fastest production car in the world at the New York Motor Show in 1954, the feature that caught everyone’s imagination was the car’s doors, which were hinged at the top and had a distinctive shape when open. That shape became synonymous with the 300sl, so much so that most people refer to them only as “Gullwing Mercedes” to this day. The doors had no lasting impact on history beyond the name, but the car had another innovation that changed the automotive industry forever: Direkteinspritzung mit mechanisch geregelter Einspritzpumpe, That’s direct (mechanical) fuel injection to us Amerikaners. Otherwise the car was Teutonically undramatic, keeping the 3-liter straight six found across the Benz lineup of the day, recirculating ball steering, swing axle rear suspension, and drum brakes all around. 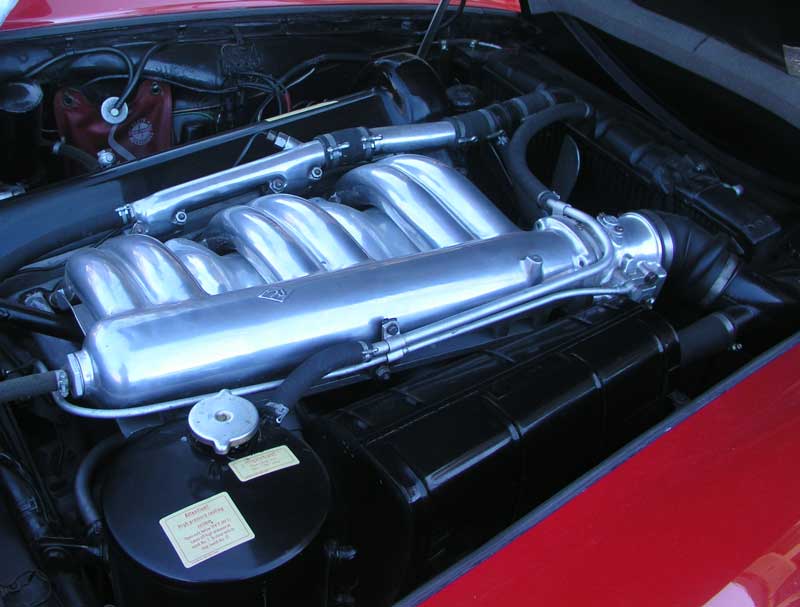 The 300sl sold for a phenomenal $11,000 in 1954, which limited its buyers to the thin upper film of the upper crust. 1400 “Gullwing” coupes were built. Some were sold to “gentlemen racers” who could order performance options such as Rudge knock-off wheels, aluminum bodywork, and higher horsepower engines. In 1957 the coupe was phased out after 1400 examples had been sold and the Roadster introduced. The roadster came standard with the more powerful engine, and the rear suspension was improved by lowering the swing axle’s pivot point, greatly reducing the Gullwing’s notorious tendency to swap ends in tight corners. The Roadster was sold until 1962 when it finally received disc brakes. 1,858 Roadsters were sold bringing the total number of 300sl cars to 3,258 built over eight years of production. The example I drove, serial number 7500567, is one of the first Roadsters built in 1957. Prior to driving this machine my previous vintage car experiences were primarily British, usually Jaguar. The contemporary Jaguars of the 300sl were the XK series cars (XK 120, 140 & 150) and the E-type, which was introduced a year before the 300sl ceased production The Mercedes-Benz 300sl is a (slightly) heavy car, but it does handle well for a mid-50’s machine. It truly was state-of-the-art for the era. Having driven both a 300sl and an XK 120 (review coming soon) I have to say that in all aspects other than “grunt” the 300sl beats the Jaguar hands-down. I imagine the straight-eight 300SLR that competed with the C-type Jags of the era was tuned for torque since it seemed to keep up with the early XKs. The street version with the inline-six just doesn’t compare to the massive torque of the XK Jaguar mill. 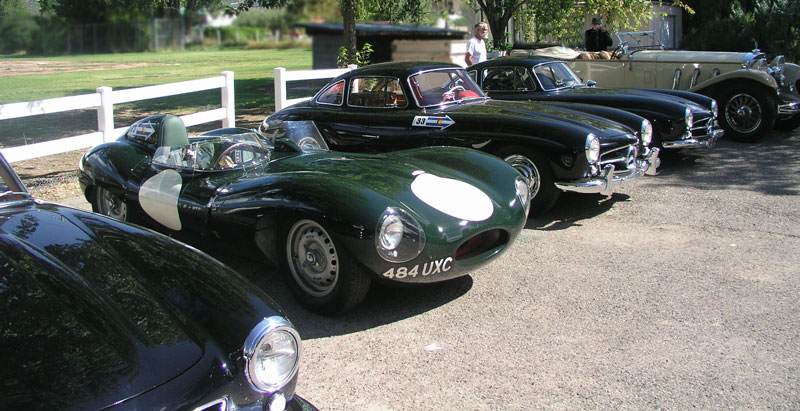 But, in terms of ergonomics, build-quality, fit & finish, and overall driving experience, the 300sl embarrasses any Jaguar sports car, even an E-type. The 300sl is a very comfortable machine, with exceptional engineering evident in virtually every aspect of the driving experience. Other than the use of some materials (there is virtually no plastic) you would almost think the 300sl is a “new” car. The seats are comfortable. The controls well laid out. It can accommodate a driver of almost any height. The top is a dream to raise and lower, and stores away in a very nice, well engineered cover. It wouldn’t even DREAM of leaking a single drop of rain! I have heard that the Gullwings are not as comfortable due to poor ventilation. 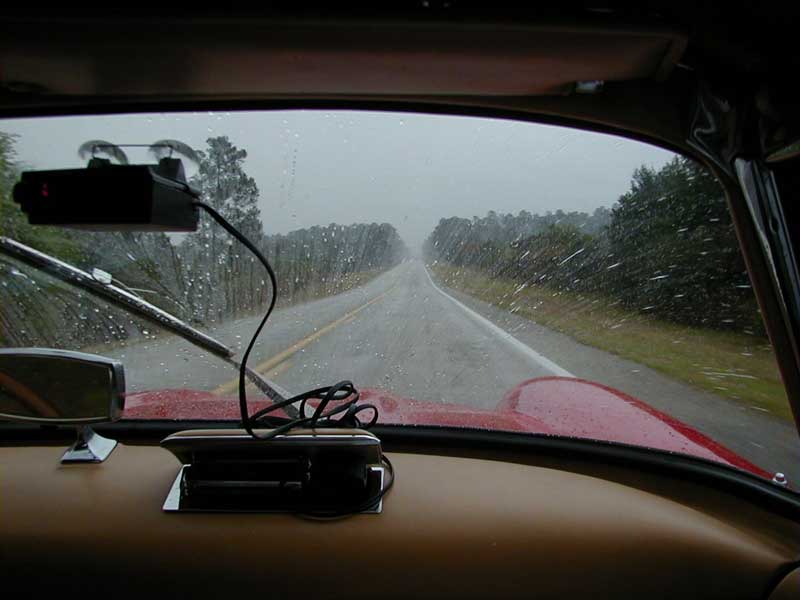 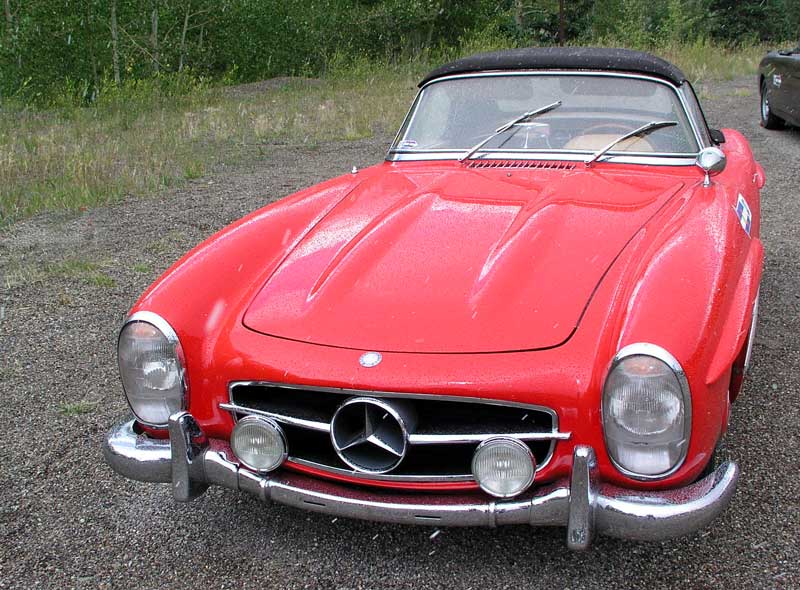 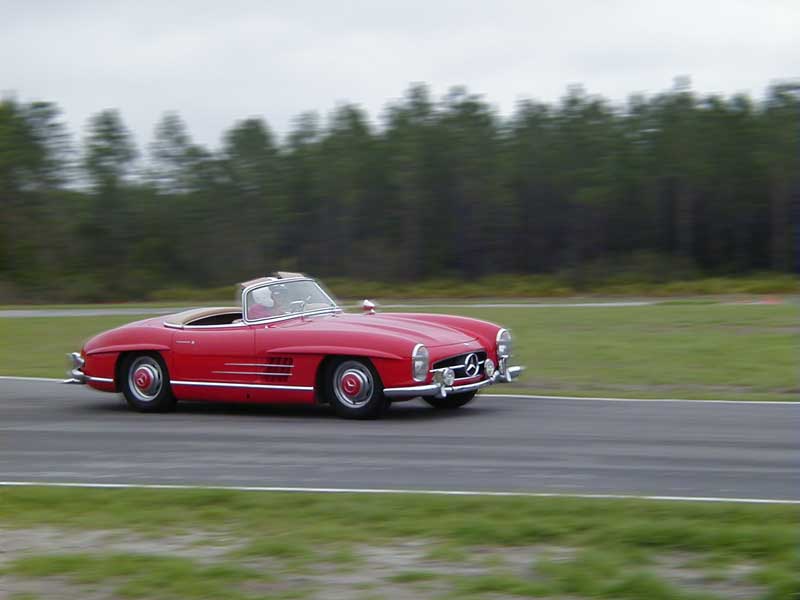 The 300sl is a quiet car, at any speed, until you rev the engine past 4000 rpm, at which point is becomes amazingly loud. Disconcertingly loud to be honest. Additionally you MUST rev it that high in order to approach reasonable Jaguar-like performance from the engine. Unlike the XK, which seems to have instant and abundant torque in any gear, the 300sl requires forethought, planning, and good driver timing to get the peak out of its drivetrain. The gearbox of the 300sl is setup for high speed (>110 MPH) cruising in 4th gear, so at more “reasonable” speeds is revs low and can’t deliver that instant “go now” torque for passing without downshifting. The car I drove has a synchro issue in 3rd, which required double clutching and careful throttle blipping to achieve an un-Moss (gearbox, not Stirling) like downshift, so it was never easy to perform an effortless pass. 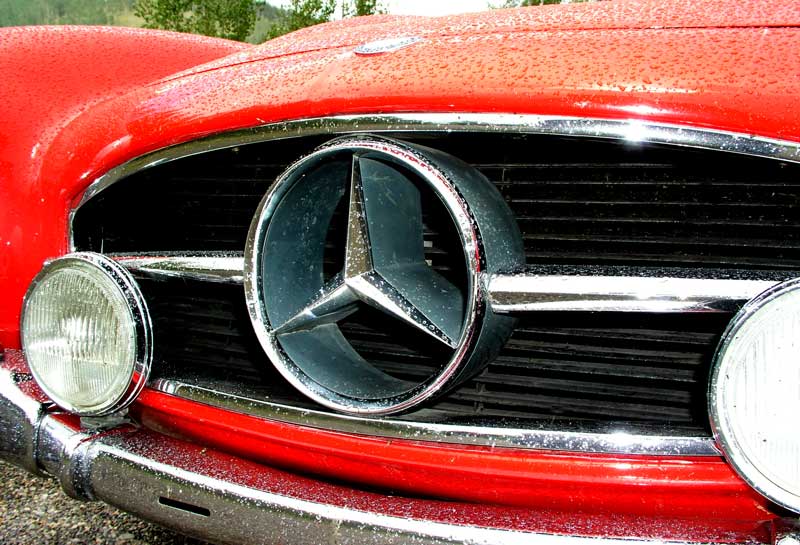 It handles better than a 50s era Jag, but it cannot compare to an E-type. The E-type goes faster, stops faster, and handles better than a 300sl. I’ve likened driving the XK 120 to driving a “high performance tractor.” While it in no way appears agricultural, its suspension can not handle the engine. Not so an E-type, where Jaguar finally got the suspension and braking right and well-matched to the power-plant. If you were to put the 300sl on that scale it is actually closer to the E than the 120. That is saying a lot, but recall that you could buy four and a half Jaguars for every one 300sl. The amazing thing about Jaguar is how they were able to deliver state-of-the-art for a fraction the cost of the competition. The XKs of the 50s had the best engines imaginable, wrapped up in a gorgeous body. The 300sl gave you engineering of the future, at a price very few could afford. 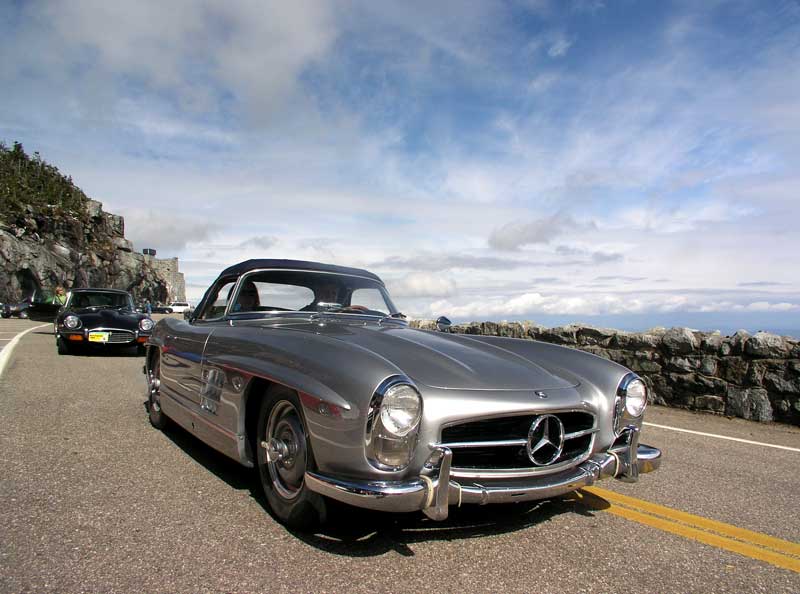 In terms of styling, the 300sl coupe is instantly recognizable. It is an icon almost as famous and beautiful as the E-type. The E-type however is iconic in both OTS and FHC forms. The 300sl becomes just a nice old Mercedes in a drop-top form once they stopped production of the “Gullwing.” I think “Joe Average” would fail to recognize the fact that a 300sl is a 300sl without the hard top and funny doors. Actually I know it because I’ve observed it first-hand. Any E-type, even a smog-choked one, could beat a 300sl in just about any race. The decade between them produced a leap in performance engineering. While you could “compete” in Vintage track and rally events in a 300sl, it would really be best suited to getting dressed to the nines and going out with a drop-dead gorgeous date. It is (sporting) elegance personified. 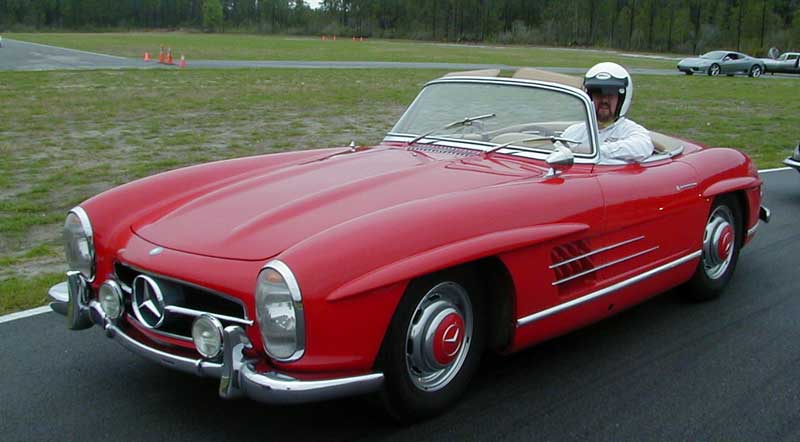