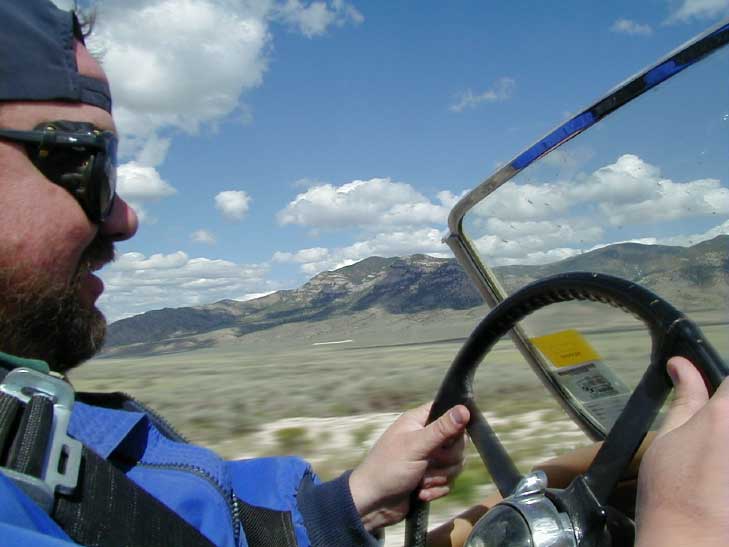 “I don’t think this is what Sir William had in mind”… were the words uttered as the sleek and sensuous British Racing Green Jaguar XK 120 roared along the gravel road on the desert floor of a remote valley in the middle of Nevada. The scene was certainly something William Lyons could not have imagined fifty-some years before. The speedometer needle waggled vaguely, yet constantly between 60 and 90 MPH indicating that we had reached ‘ludicrous speed” given the conditions. A tall plume of dust streamed out behind the car, the parched solid matter equivalent-yet-antithesis of the liquid rooster-tail following a hydroplane. The comment elicited laughter of agreement from my co-driver. 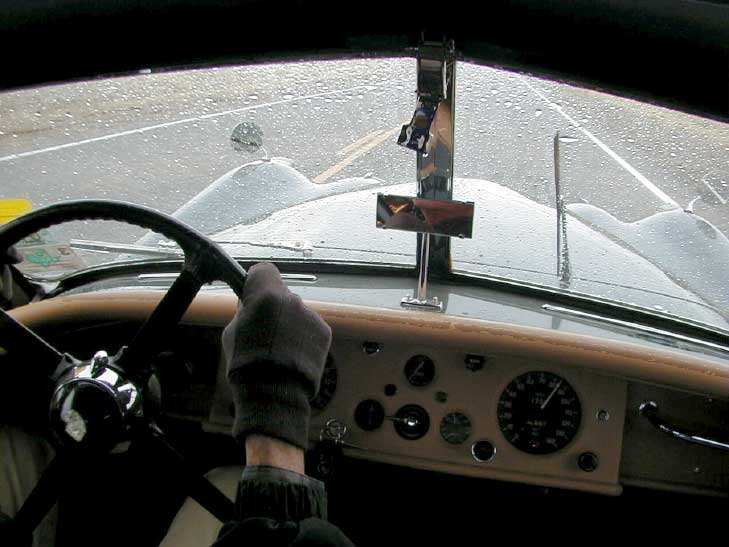 We were participating in the June 2000 running of “La Carrera Nevada”, a sort of recreation of the famous La Carrera Panamericas of the early 1950s, but set in America’s outback rather than Mexico’s. This keeps logistics simple and costs low while satisfying would-be Walter Mitty’s in pre-1955 cars. The participants were all “Yank Tank” products of Detroit with two exceptions, both XK 120 Jaguars; one driven by Jay Lamm, the other by my father and myself. The rally covered nearly 1200 miles in 3 days on remote roads, many of them unpaved. Weather varied from hot sun to howling thunderstorms. The attrition-rate was startling, with well over 75% of the cars breaking down and dropping out, but the two Jaguars finished in fine form. Dusty, dirty, with stiff upper lips and true British resolve. Sir William Lyons would be proud,though he might have questioned our sanity as gentlemen do not go bouncing about on rutted desert tracks in his fine automobiles. 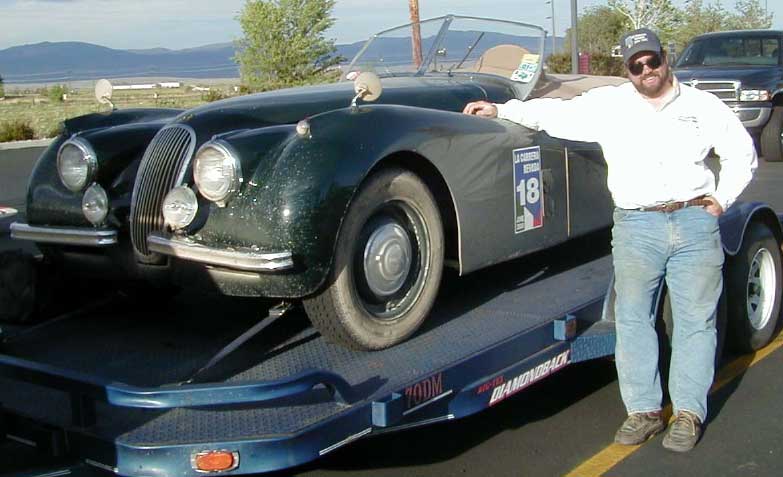 The XK 120 in many ways should not have existed. It was first built strictly as a concept car to show off some new technology, namely the Jaguar XK engine. First conceptualized on a Coventry rooftop during air-raid fire-watches by William Heynes and his engineers the XK became a legend. Five victories at Le Mans, and a production run that spans through six decades the DOHC, hemi-head inline-six XK engine is legendary. Sir William Lyons, the founder of Jaguar and its primary stylist created the XK 120 roadster strictly as a showpiece for this new engine. Debuting at the 1948 London Motor Show the XK 120 was an immediate sensation. There was more than enough demand for the concept to become a profitable production car so Jaguar got to work. Demand was so high in fact that the first few hundred cars were built by hand using wood frames and alloy bodies, while tooling was created to build subsequent models from steel. 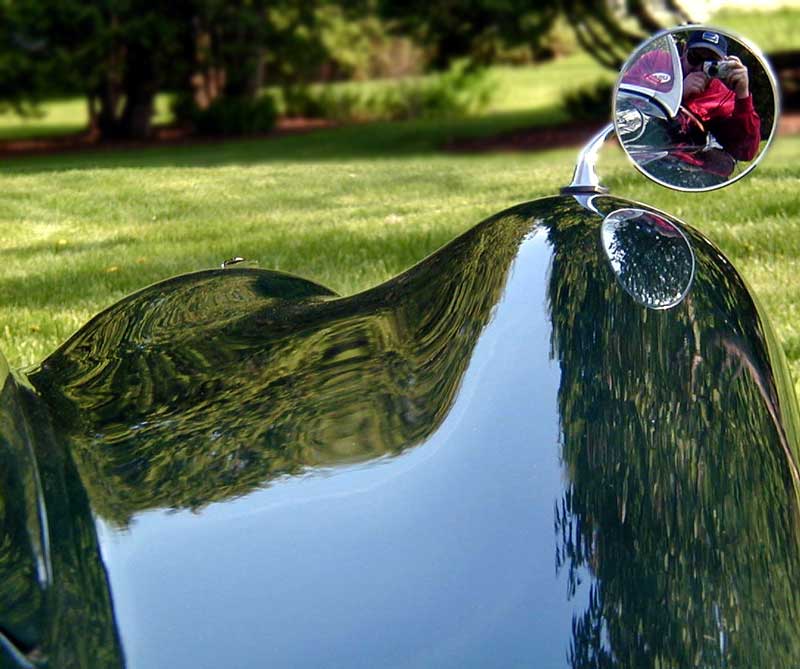 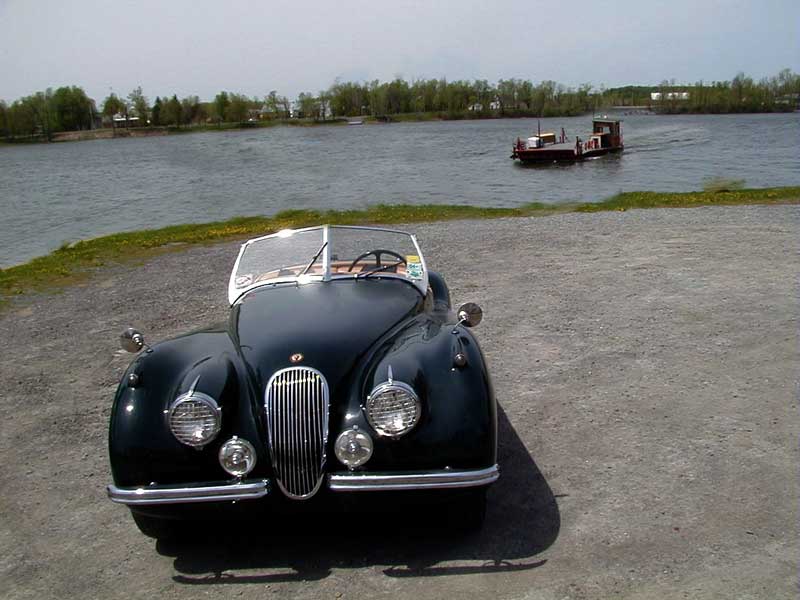 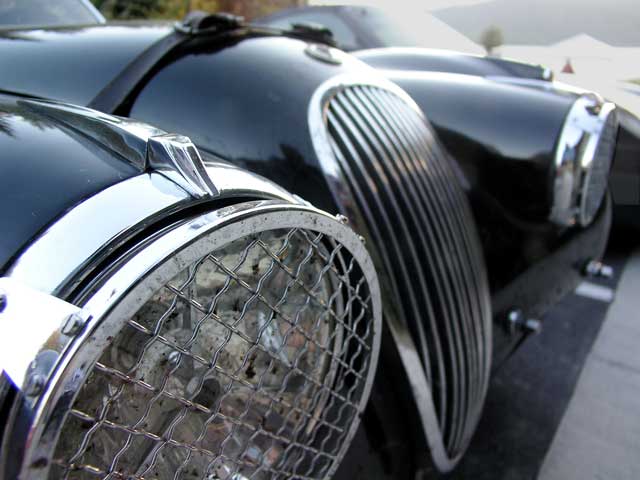 It was named the XK 120 as a reference to the engine, and the car’s theoretical top speed. While almost all of us look at speedometers that reach that number today, back in the late 1940s this figure was stratospheric. This made the XK 120 the fastest production car in the world at that time. In fact a stock example could reach 125, and Jaguar famously tested a slightly modified XK 120 on a Belgian freeway clocking an official 136.5 MPH. To illustrate the amazing torque of the XK engine the test driver puttered past the automotive press at 10 MPH in top gear just after his record run. This car was the Bugatti Veyron of its day: the very pinnacle of automotive engineering. 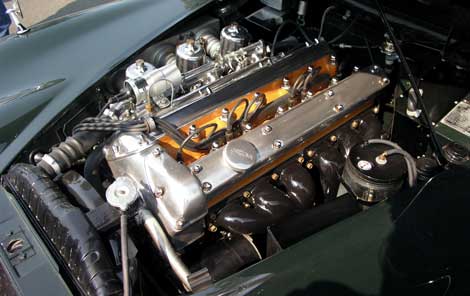 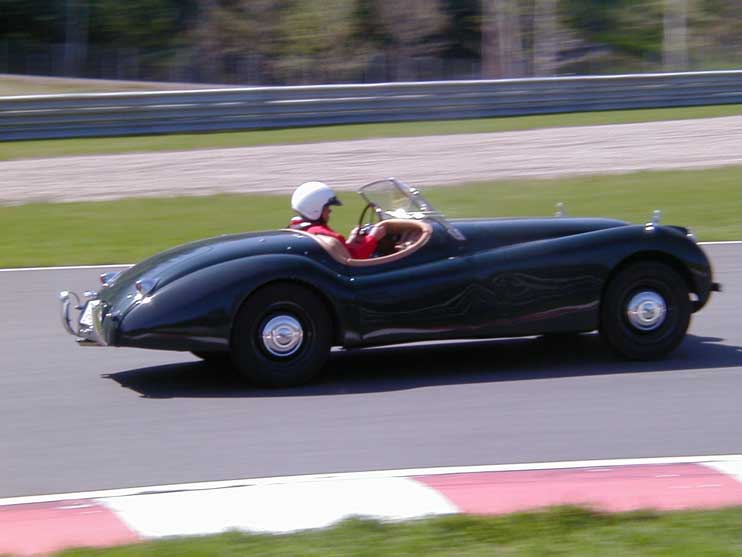 Once you manage to get yourself into an XK 120 it becomes painfully obvious that this is indeed a styling-exercise-turned-production-car. At 5’11” the driving position for me in the XK 120 is.. bizarre. My head poking out above the windscreen. My left elbow well outside the car. My knees pressed up under the dash and rubbing the backside of the large-diameter steering wheel. My ankles flexed into positions feared by circus contortionists in order to operate the pedals. The passenger side offers a bit of relief from this ab-crunching torture, but is about as close to comfort as Coventry is to CopiapÃ³. 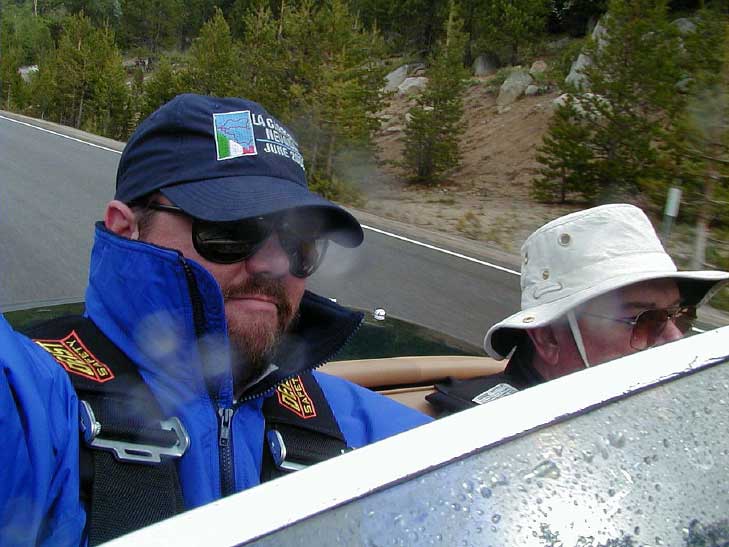 Driving the XK 120 is best described as handling a high-performance tractor. You have an engine with seemingly limitless grunt. You’re wrestling it around with a steering wheel the size of a XXL pizza. You spar endlessly with the Moss gearbox, noted for a straight-cut non-synchro 1st and barely-synchro everything else. You have drum brakes that may or may not stop you, depending on random chance and planetary alignments. Leaf springs and recirculating-ball steering wrap up the whole rustic package of chassis vagueness. But man oh man, does this thing GO! If you can flex your knee and ankle in the unnatural position required to press the go pedal the XK 120 does indeed go. It was as if Jaguar foreshadowed the Muscle Car 16 years before the Pontiac GTO. Is it any wonder that the very first (and only until 2008) NASCAR race won by an import car was with a Jaguar XK 120? When the engine starts growling and the landscape around you begins to blur, the endorphins erase all the pain caused by the Dick Cheney approved ergonomics.

Man is this thing a hoot to drive. That is exactly what Sir William had in mind. 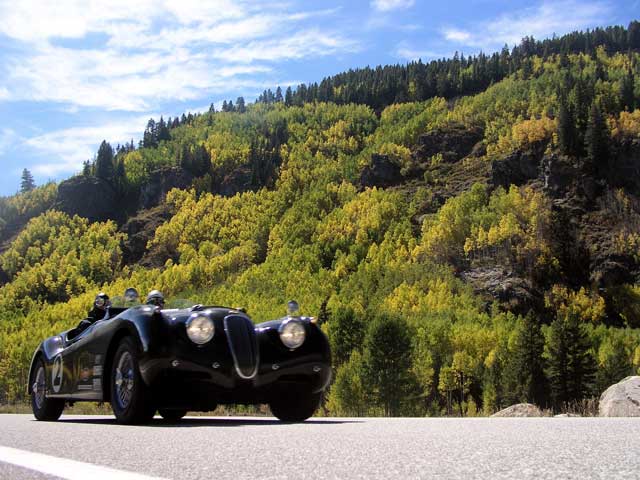