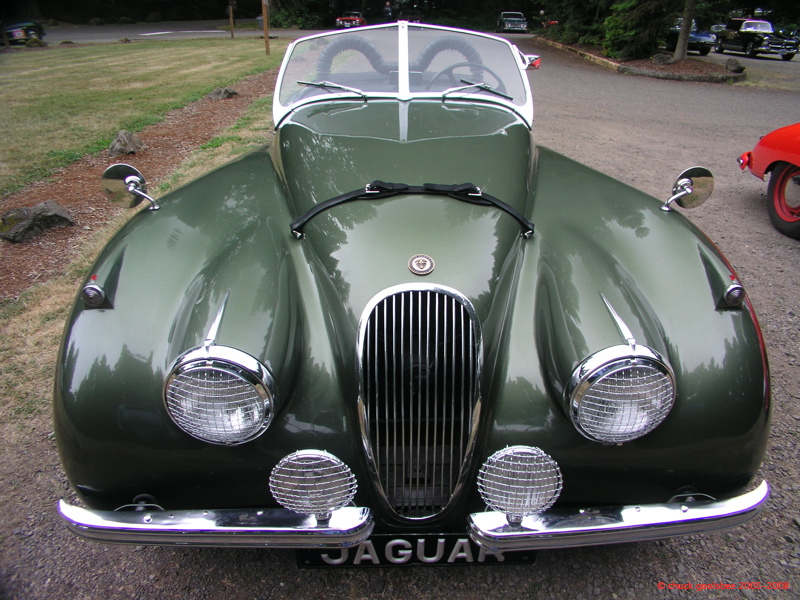 While many cars, both before and after, appear to be similarly shaped, none have ever matched the wonderful proportions of the Jaguar XK 120. These cars are rolling art.

Originally produced as a one-off concept car to serve as the platform for the newly developed XK engine in the late 1940s. The XK 120 was ordered by so many people on-the-spot upon being revealed at various motor shows in Europe and the USA that Jaguar started building them right away. First by hand, with war-surplus alloy bodies and partially wooden frames, then eventually a full-blown production line was set up for steel cars.

Its origin as a styling exercise becomes immediately apparent when anyone over the height of 5’8″ tries to drive one. The ergonomics are horrific, with seat, wheel, and pedals arranged for maximum discomfort. Jaguar addressed these issues in 1954 with the XK 140.

6 thoughts on “Car Photo of the Day: Unmistakable Silhouette”