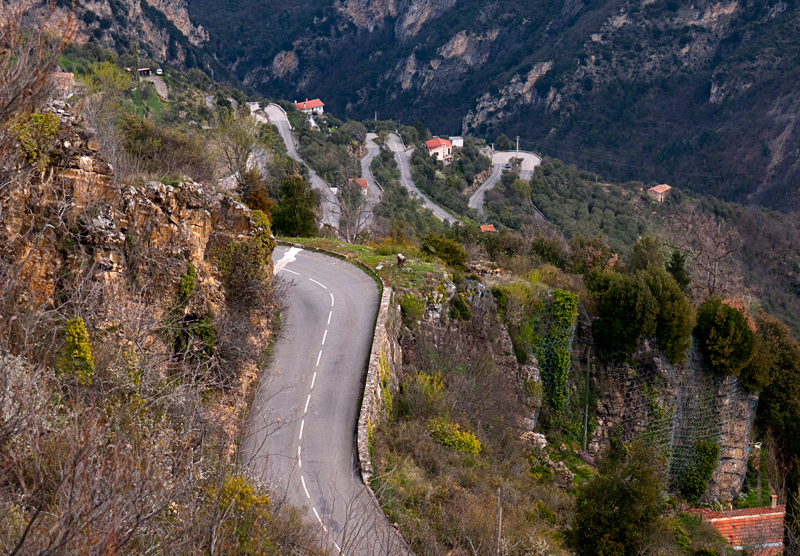 Just wanted to share a glimpse of some of the roads I drove during a trip to France & Italy. More on that later. Meanwhile, just look at those switchbacks! It is all one road. 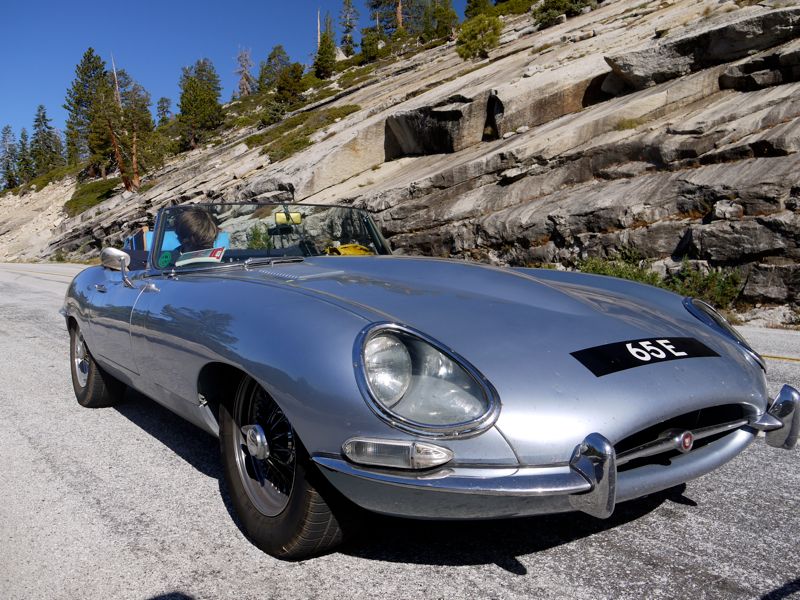 After my rallies are done I like to top off the season with a road trip and I have a duesie for you this year. Stay tuned! 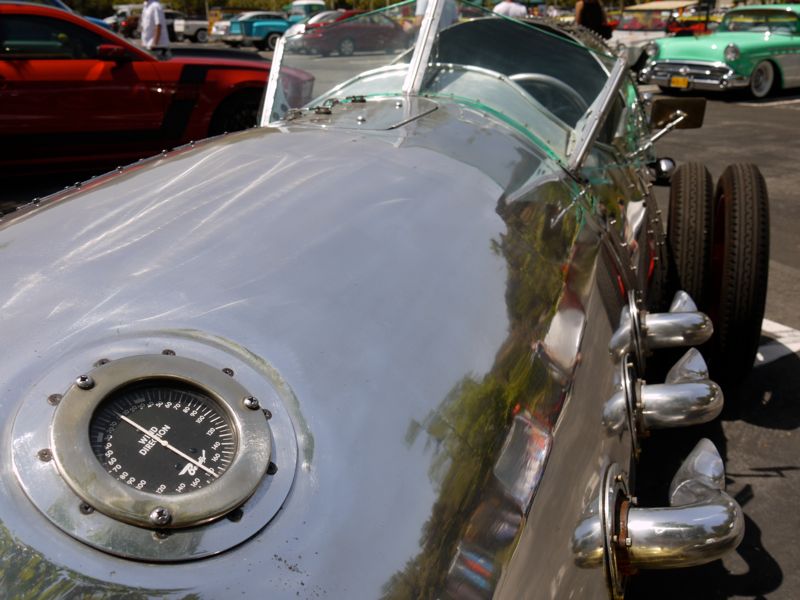 A really odd car I ran into in a parking lot outside of a big Concours. Do you recognize it? 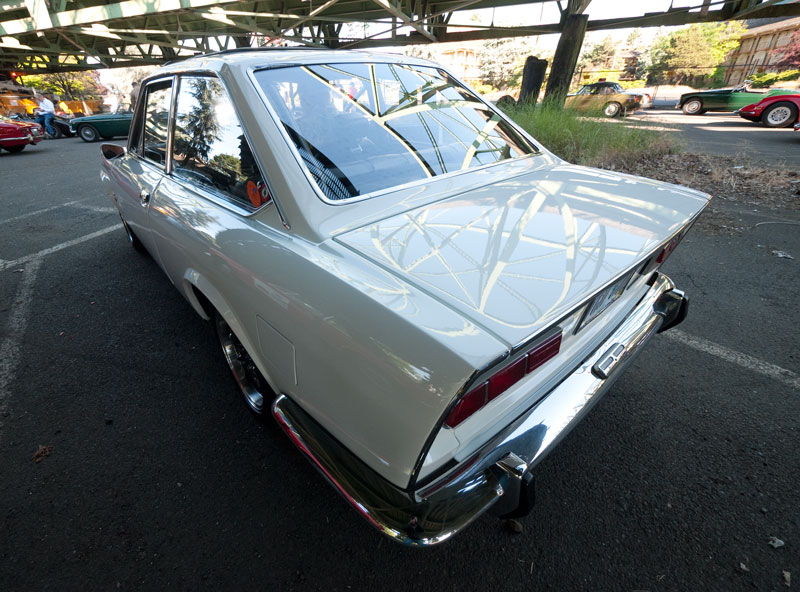 I’m still editing photos and writing up my report from last weekend’s rally (I’ve been delayed by unrelated car troubles – Sue’s car has been acting wonky of late!) but two time slots ahead of us in the event was this nice little white car. Can you name it? 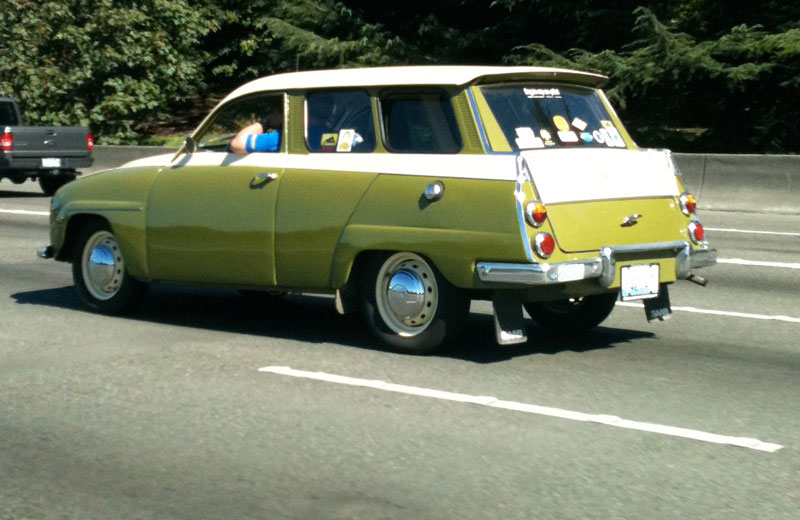 My good friend and longtime colleague Bill Dickson has a weakness for Scandinavian cars. Every time I see a vintage Northern European two-stroker, odd V-four, or similar – I think of Bill. This machine was spotted on a recent biz trip to the Seattle area, on I-5 near “the brewery”. Here you go Bill! This Saab’s for you. 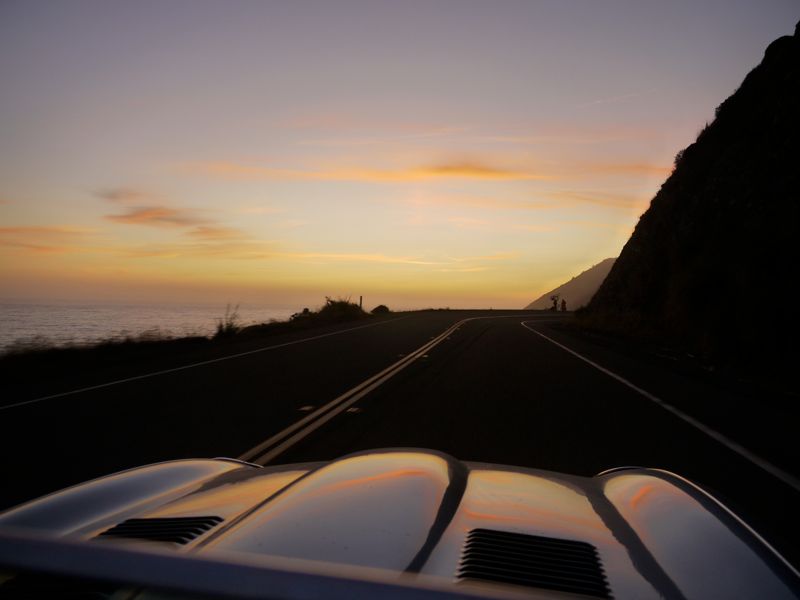 Our mid-winter break of mild weather and sunshine is over. I put the studded snow tires back on the TDI and we’ve seen well over a foot of the white stuff. I did get the 65E out for a drive a few weeks ago… exploring roads I’ve never driven. It was wonderful, though a tad chilly with the top down. I’m looking forward to the end of winter so I can explore some more. Meanwhile, here is a shot of a summer’s evening drive up the Pacific Coast Highway in northern California a few years ago. Fond memories of that trip indeed. 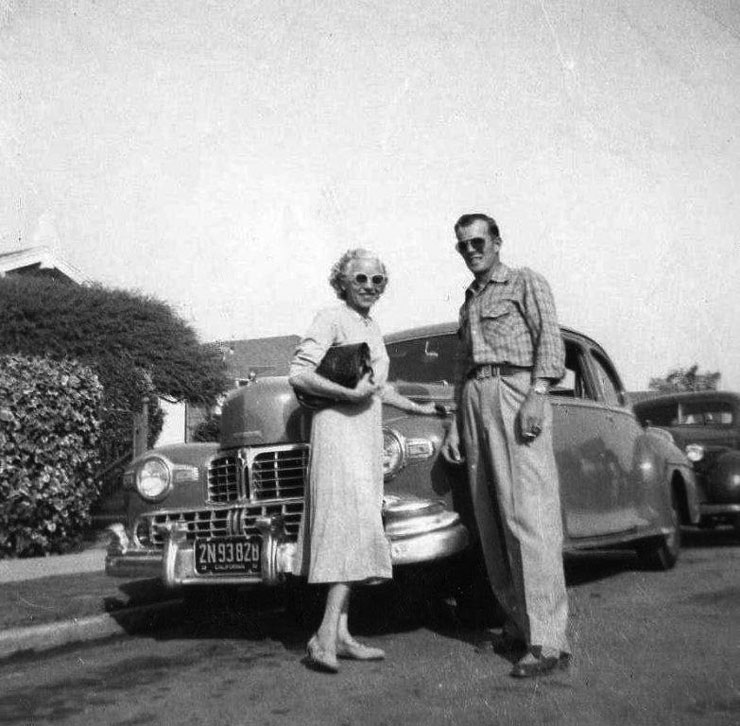 An irony of the art of photography is that it captures moments in time with amazing detail of objects, but without any information much less detail on subjects. Nowhere is that so well illustrated as the photo above.

I was having a conversation with a friend at work about family histories. He showed me several photos that he had collected of various members of his family, many he had never even met. One such photo is this one, which he knows is an uncle, and it was taken sometime in the mid-20th century in California. Beyond that, he knows little. Nothing about the woman. I said to him that I bet I could help him narrow it down to a specific year, based solely on the newish looking car behind the subjects. I told him I have a bunch of readers who are excellent car spotters. Let us know what the pictured cars are and we’ll at least fill in some blanks.