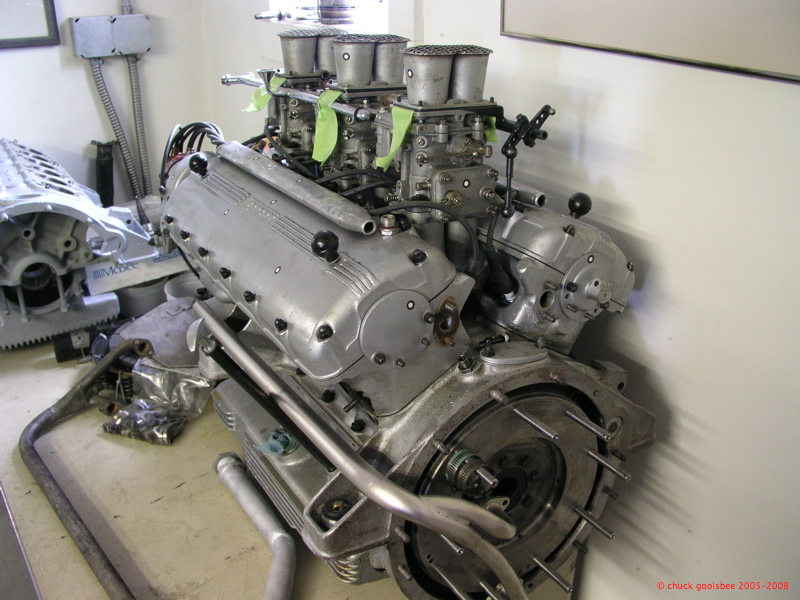 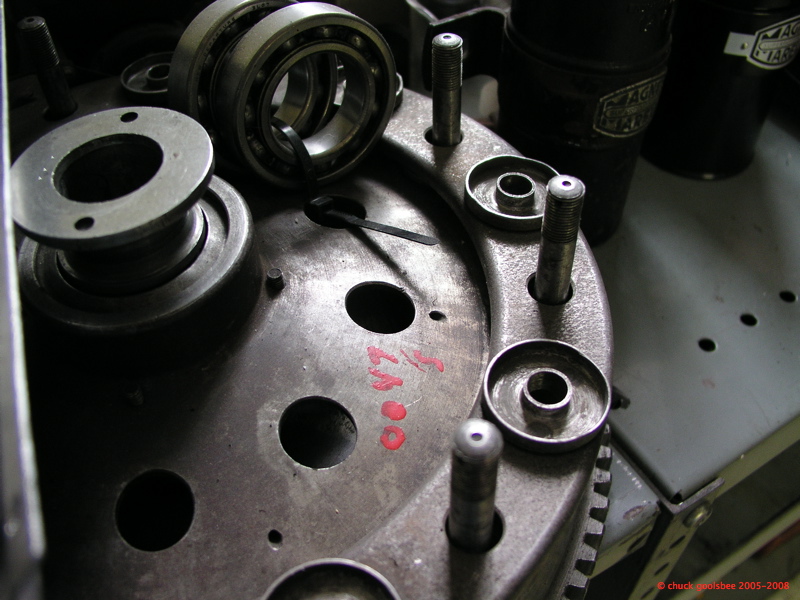 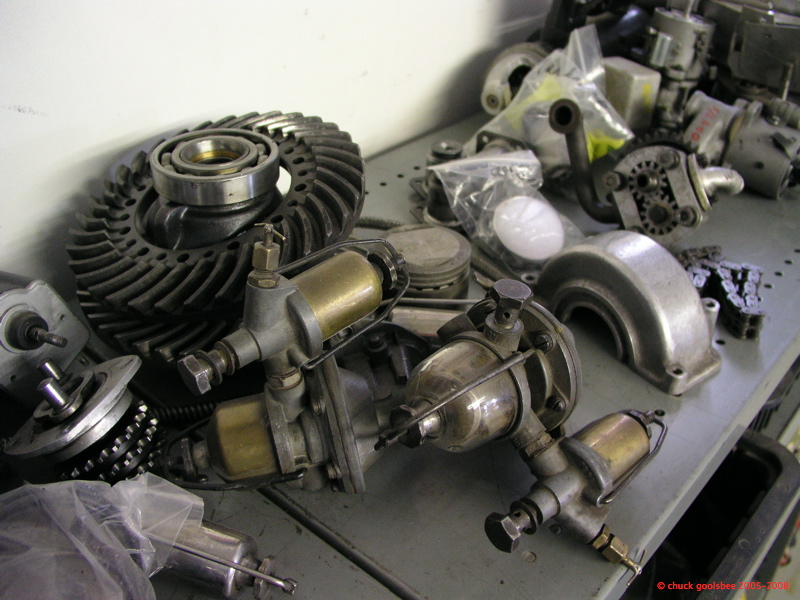 Since it isn’t engine parts I couldn’t really tag it with the “engine pR0n” label, but here on the work bench is a cornucopia of sexy vintage parts. Fuel filters, with glass bowls, gearbox parts, what looks to be an oil pump, and an old two-row timing chain. Likely from Ferraris given that it was photographed in the Markowski’s shop. 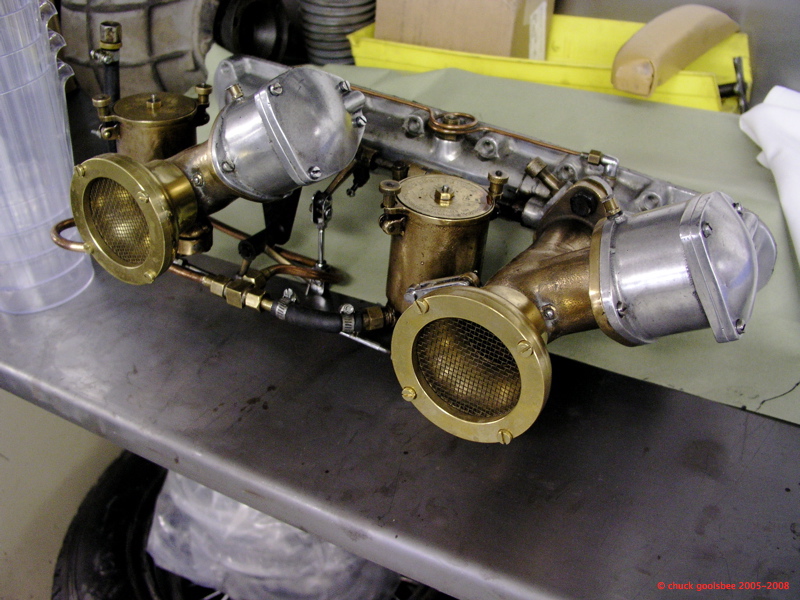 I can not recall exactly what machine these carbs and intake manifold came off of, but I suspect it could have been a Bentley. They obviously come from a time betwixt the Brass & Classic eras. Perhaps Steve Markowski can chime in and let us know, as they were in his shop last time I was there.

I don’t know about you guys, but could look at stuff like this all day. 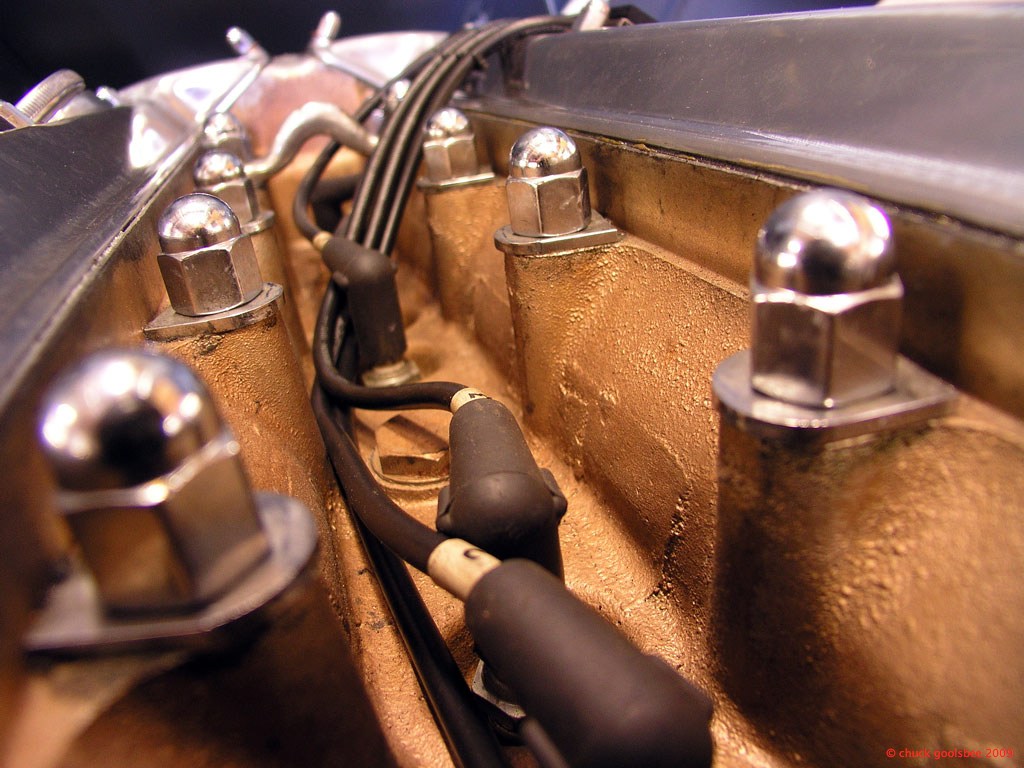 The question came up on the E-type mailing list this evening about the number of washers under the head bolts on early Jaguar 4.2L XK engines. Since I have one, I said I’d run and take some photos. So here they are.

Looks like just the one D-shaped thick washer Ben. Hope that helps. 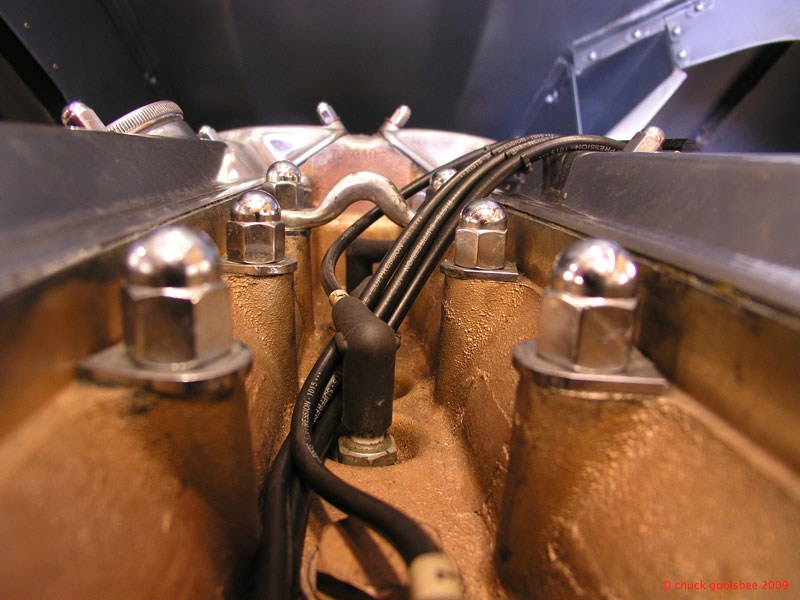 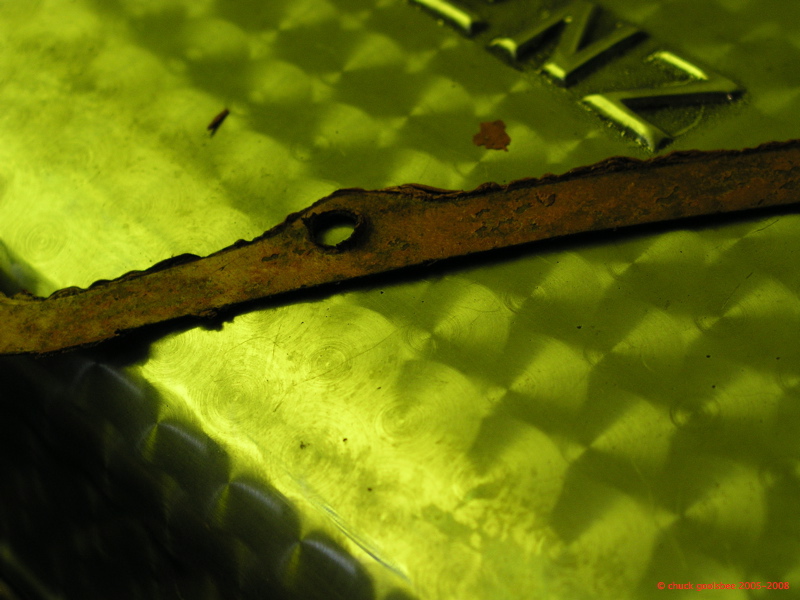 This engine, including it’s Kompressor were disassembled and on the bench when I photographed them. The light was low in that corner of the shop, but I hesitated to use the flash to avoid harsh shadows and exposures. The results were a tad underexposed and occasionally blurry. I hope you enjoy the photos. 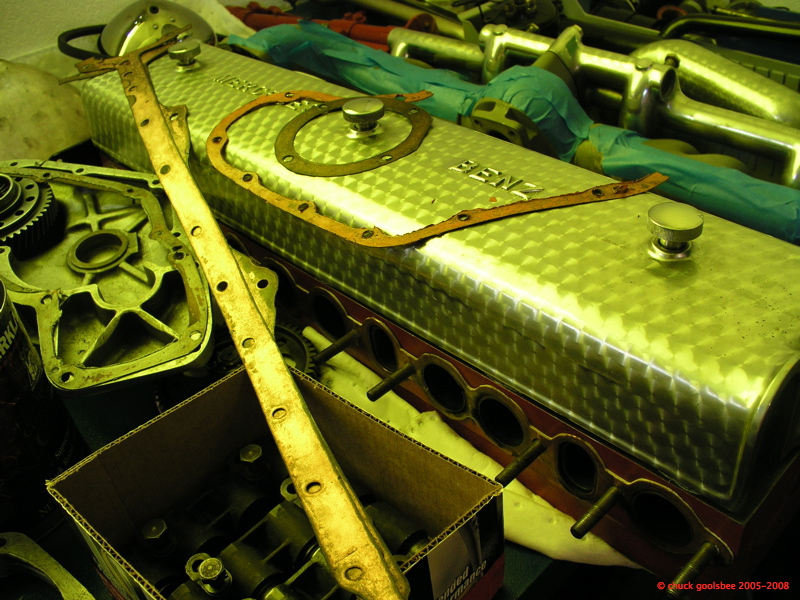 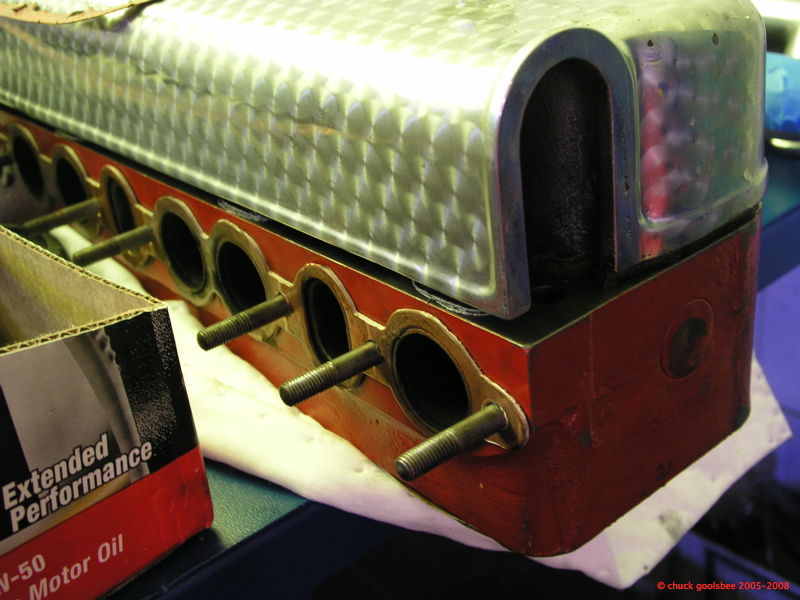 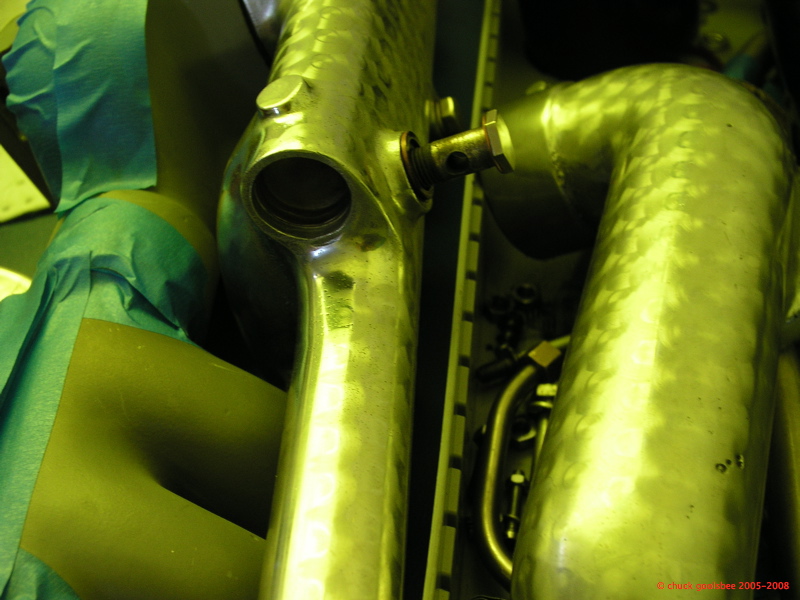 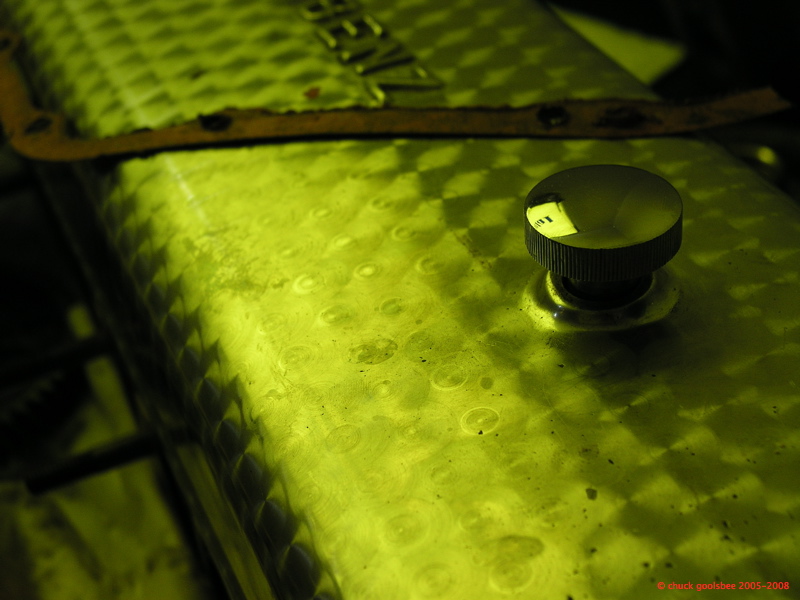 Much like the “Road Photo of the Day” theme I’ll write a bit and show some nice engines.

The above almost needs no explanation, as it is one of the iconic V-12s from Maranello. Enzo Ferrari always was an engine builder more than a car builder. To Enzo a car was merely a place-holder for his engines. He famously once said “Aerodynamics are for people who can’t build engines” but of course was forced to adopt them once his world-beating engines started losing to areo-equipped lesser machines.