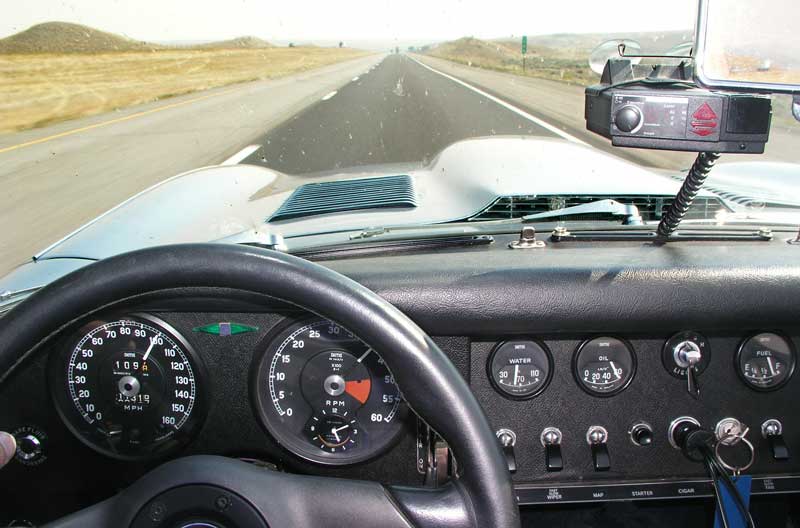 Today was a short driving day. We left Missoula bright and early, heading east on America’s Autobahn, I-90. It may be a potholed “turnpike” in places out east, and it even is a pair of floating bridges that are a commuter’s nadir at its western end, but here in Montana it is an illustration of how well truly open roads function. Other than large trucks and RVs on steep grades, I never saw anything going LESS than 85 MPH today. Nobody was having accidents, nobody was recklessly endangering anyone else… we were all just driving. Everyone was reasonable and prudent when in proximity to other vehicles, but once alone, we all went as fast as we were comfortable going. For me that was 90-100 MPH. It is amazing how much ground you can cover at that speed.

Anyway, we left Missoula and passed a group of old Ford Model As heading east on I-90. I waved at them all. I soon left Mom & Dad in their truck behind, cruising in the E-type as its makers designed it to move. Then as I approached Drummond I realized that I was running low on gas, so I eased off to the posted speed limit (75 MPH) and watched the world pass me for a while. Eventually my parents caught up just as I was exiting to get gas. A fellow western WA native stopped to talk to me about the car as I filled up. I told him about the fires and smoke in Washington, and he filled me in that it was just as bad east towards Butte.

Once refilled I felt confident enough to run the car at speed again. Just some observations: At 4000 RPM the XK engine gets pretty loud. At that revs, with my US spec rear end ratio it is indeed being “driven in anger”, and holding it there for miles at a time the roar is a bit – well “roary”. As much as I enjoyed “making the ton” I found that easing off a mere 300 RPM (which dropped my speed to 90ish) was easier on the ears. That said, I did put my iPod in one ear (the left, which gets the lion’s share of wind buffeting) and let it roar for quite a while at 4000 RPM. 😉 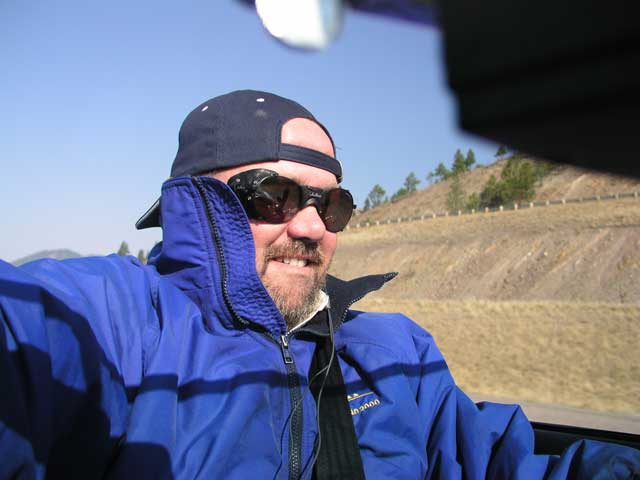 Above: The author, grinning like the Cheshire Cat at Ludicrous Speed.

Butte required slowing to posted speed limits. It is a bit crowded in Montana terms, plus they have the road torn up and re-routed for construction. As I left Butte my eyes were stinging due to the amazing amounts of smoke. I-90 climbs up and over a big pass just east of Butte and the road was relatively crowded with big trucks and lumbering RVs. It wasn’t until I was down the far side that I returned to the flat valley bottom, was able to go fast again, and cleared from the really bad smoke. 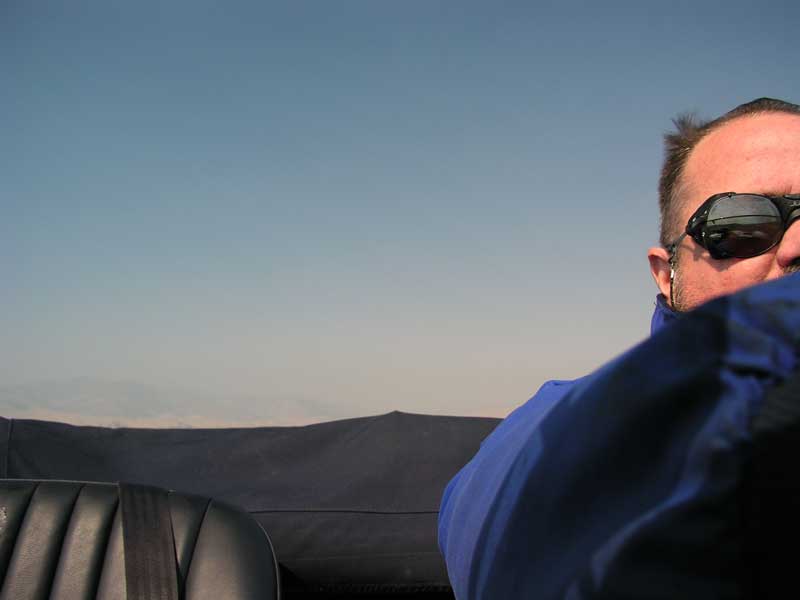 Above: Looking back towards the continental divide and the thick smoke. In fact, you really can’t see any mountains, just the smoke!

In what seemed like a very short amount of time, I arrived in Belgrade, and stopped for a driver pit stop, plus top off my gas and oil. Mom & Dad arrived a bit later and informed me that we were going back onto I-90 for a run into Bozeman for lunch. We met some folks that will also be on the rally and ate at a car-themed place called ‘The Garage.” I had a great burger. Afterwards we headed south on US 191 towards Big Sky. 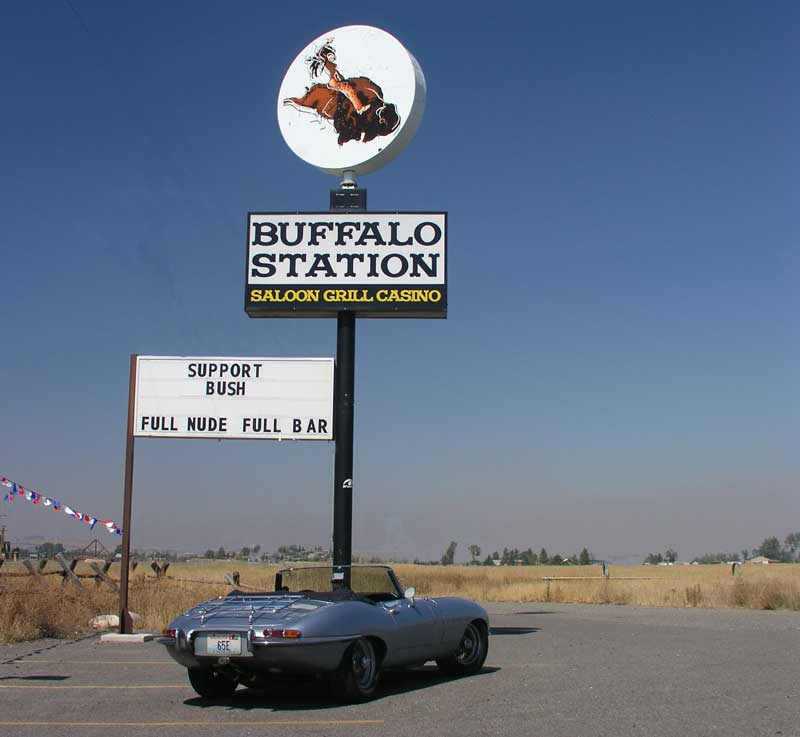 Above: Another roadside attraction south of Gallatin Gateway, MT.

I spent a good part of my childhood in this region. The Gallatin Canyon, Big Sky, Bozeman, etc. It is one of the places I have always considered “home”… though other than visits for weddings and funerals of family friends, I haven’t visited much in the past 20 years. My best friend was killed in a car accident here when I was 18 and after that, I left… finished college, and rarely came back. The memories are good, but being here, for a long time for me… was painful. So I stayed away.

It was odd to be here today. We drove up the Gallatin Canyon, and to the house of my dead best friend’s mother. (an odd way to refer to her here I know, but the most expedient and clear) When I was a kid, she was like my second mom. It was wonderful to see her. Great to see this landscape again too. The place has changed a LOT in the past quarter century… no longer a quiet little place in the middle of nowhere, but now a bustling, very expensive resort with condos and expensive homes everywhere that used to be sagebrush and lodgepole pine forest. It isn’t the place of a few hundred people I recall from the 70s anymore. My friend’s mom though lives above it all on a hillside in a wonderful home. Truly serene and relaxing. We spent the afternoon catching up (showing pictures of my kids, etc) and enjoyed a great dinner and wine, followed by drinks on the deck under the hazy, smoky moon and stars.

Tomorrow we leave my mom, here with my “second mom” for the week, while dad & I head off to Red Lodge for the rally. Ironically we’ll be back here at Big Sky the first night of the rally, but at a fancy hotel. Should be interesting to see my “hometown” as a tourist.