In the spring, I entered some of my Jaguar photos in a contest sponsored by parts supplier SNG-Barratt. I liked the idea of the 65E earning some cash for parts, especially since my eBay quest for an air filter cannister has been fruitless – some guy named “George” has outbid me for every single one that has come up over the past YEAR. WTF? I give up George, you can have them all… every rusty cannister from now until eternity is yours. I’ll cash in my parts voucher for a “new” one from SNG.

As soon as I got the invite I burned a CD and mailed it off to the UK (The USPS has very good rates for overseas express mail) a week or so later I received an email from an Art Director there who praised my work and said that I was the entrant so far who “got” the idea of the contest, placing Jaguars in highly scenic or interesting shots. He had nothing to do with judging, but did want to send me a thanks. It felt great.

So here I get the big news in email yesterday and … they’ve misspelled my name! Oh well. 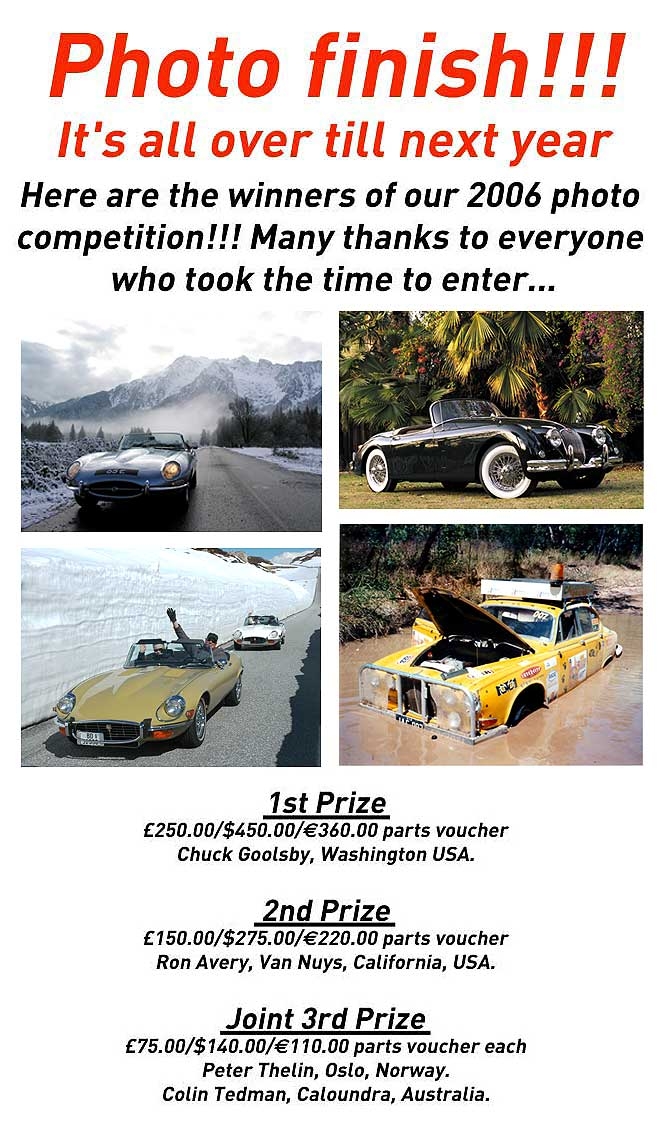