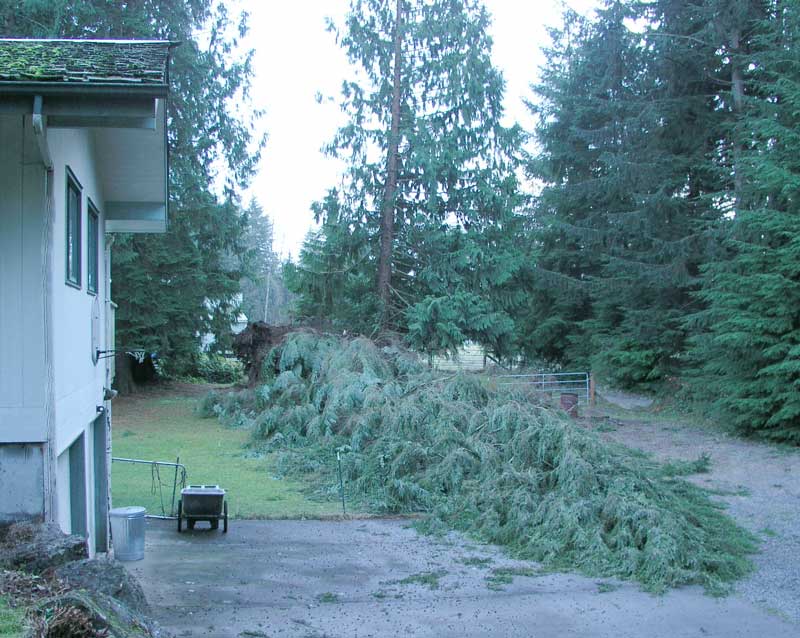 That’s the extent of it, beyond a few branches from other trees. We were without power for 32 hours. This is a mid-sized Douglas Fir, at 103′, which came down in our back yard, roots and all.

I have a confession to make… I don’t like power tools. Most of them at least. I especially don’t like the ones with rotating blades… mostly because I am something of a klutz and always have visons of chopping vital parts of myself off. As such I do not own a chain saw, and really don’t forsee ever having one. I do have a saw, a hatchet, and a long-handled axe. 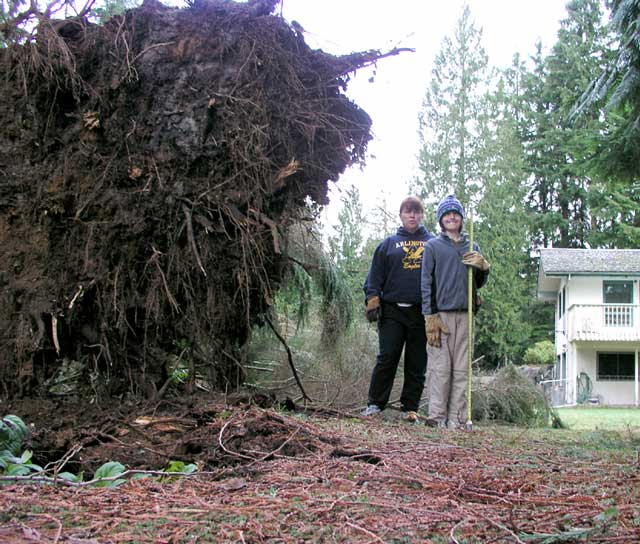 Above: Sue & Nick next to the tree roots. 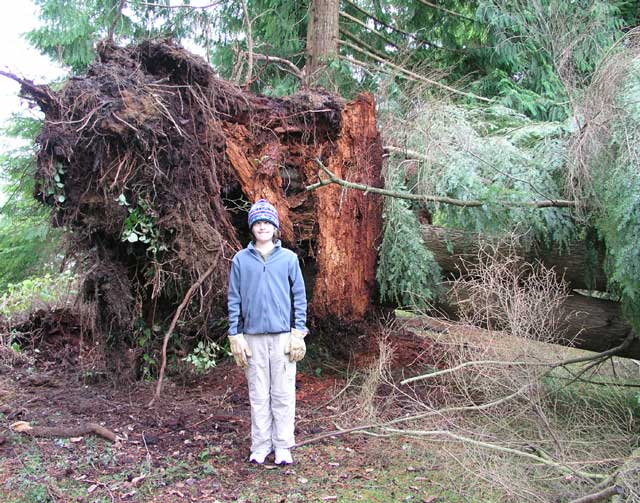 Above: Nick clowning around in front of the base of the trees. 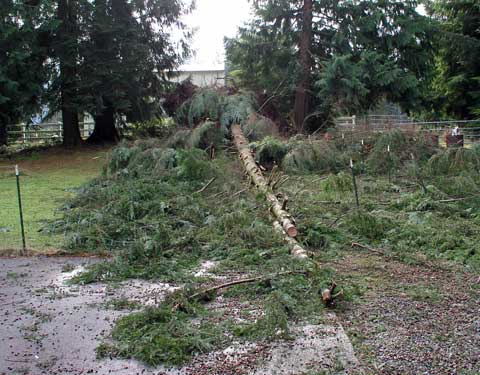 Above: the top limbs removed. 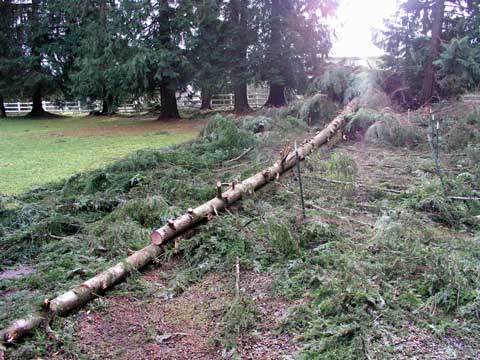 Above: about halfway done.

We spent the day removing branches from the downed tree… with the hand tools. It took a while, and I’m *real* tired, but nobody lost any arms or heads. I worked my way up and down the trunk and removed all the limbs and branches, while Sue & Nick pulled them away and started stacking them. Sue left us around mid-day to go ride her horse. Later, once the majority of the trunk was exposed, we chopped and sawed off the top 25′ or so of the trunks (there are actually two, as this tree is bifurcated. Once we uncovred the fence, we saw that it was salvagable. We brought the pickup truck out and hauled the top of the trunks away, then raised the one bent fence post. We tie-wrapped the wire mesh fence material back on and basically made it dog-proof once again, and released the hounds… just as it got dark. There are still a bunch of limbs to clear, but the hard work is done… I think.

I wasn’t able to photograph the finished work, as it was too dark. I really want to get this work done before the rains return, which will likely be Monday.

The trunk will require a chainsaw, so I’ll either have a neighbor do it, or we’ll hire it out.

4 thoughts on “Aftermath of the big Wind Storm”