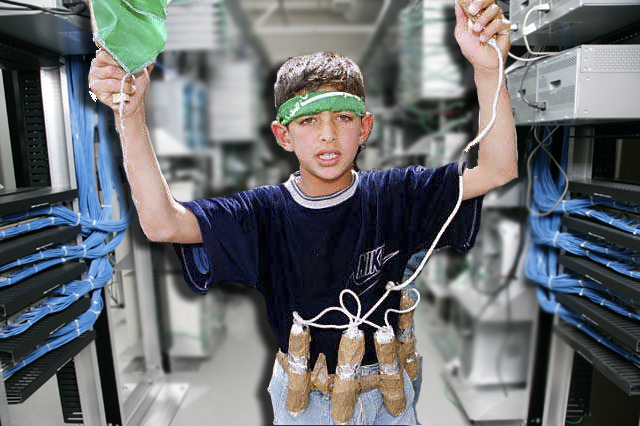 This “datacenter as terrorism target” meme has to die. Seriously. It clouds (pardon the pun) the real issues of physical and network security in our industry. If you have to seize a hot button topic like “terrorism” to communicate something important (yet completely unrelated) then you are not communicating properly.

I’ve written about this previously but it bears repeating: Datacenters are genuine parts of the first world’s infrastructure, but infrastructure is never the target of terrorism. The minds of people are the target, and in the case of 9/11 infrastructure was the weapon and symbols of capitalism and government were the targets.

It is far too expensive and time-consuming to attack infrastructure. Infrastructure only becomes a target in times of war between nations. If we’ve reached that point, then we have much larger worries. Meanwhile the realistic focus should be on criminals, infiltrations & DoS attacks (which the recent attacks on Twitter & facebook mentioned in the article actually were!) and perhaps competitors (aka industrial espionage) long before we start throwing terrorists into the mix of threats to datacenters and their contents.