I’ve mentioned the odd tandem trucks that Boeing uses to move large aircraft assemblies between plants here in the Seattle area on Twitter before, and people there have asked me to snap photos. I finally snagged one recently so here it is. Not great photos, but they do capture the essence of these odd wing-movers for the big lorry fans out there: 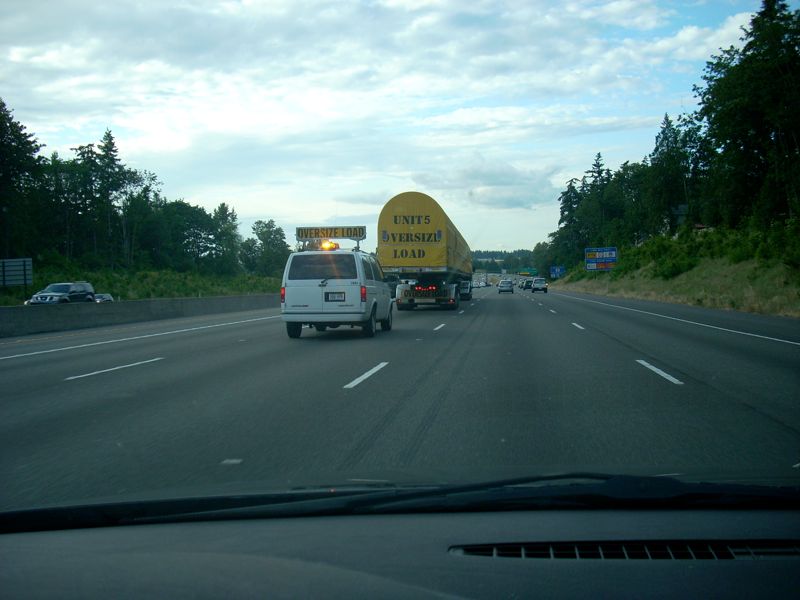 Basically the tractor is a standard-issue truck, but the trailer is supported by an independent rear tractor unit as well. This one is low-slung with a driver underneath the covered wing section. The whole parade is completed by pilot vehicles.

Here is a blurry close up of the rear tractor: 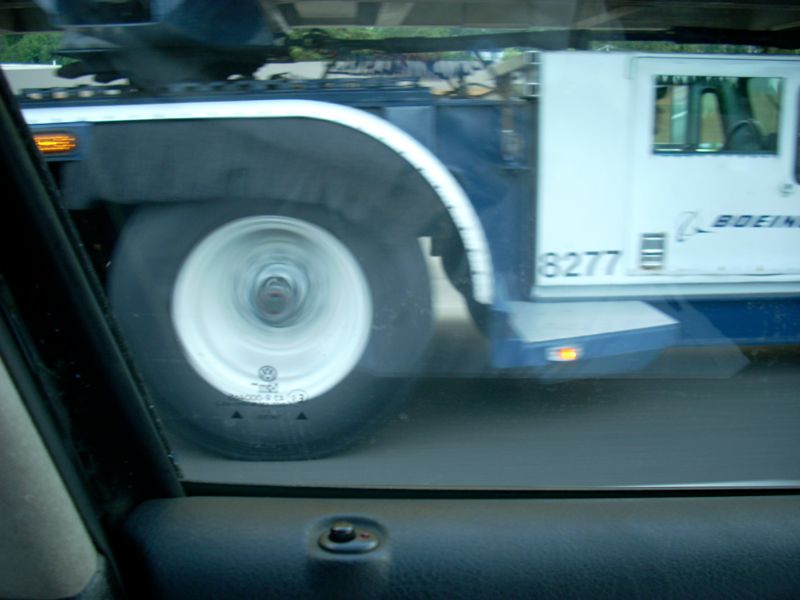 Now I’m not certain that these rear units are actually powered in some way. They could be merely steerable, but without any motive power. I never get a chance to look them over very well as I always encounter them in traffic. Not the best environment to perform in-depth analysis of adjoining lane vehicles!