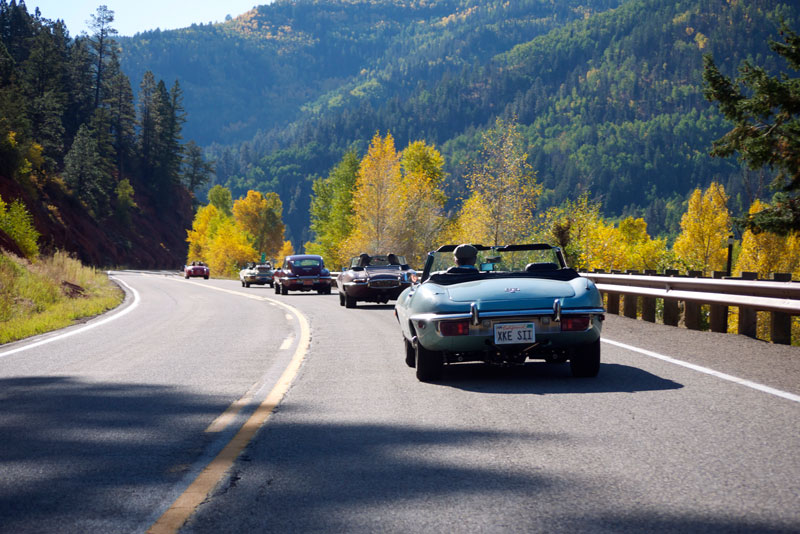 We’d crossed the desert southwest and were now t the feet of the Rockies in Cortez, Colorado. Today’s drive is a loop through the San Juan mountains, visiting the towns of Telluride, Ridgway, Ouray, Silverton, and Durango.

Our timing was perfect, as the aspens were turning color as we rose in altitude, so we could see each stage of Autumn as we rose from ~6000′ up to just over 11000′. 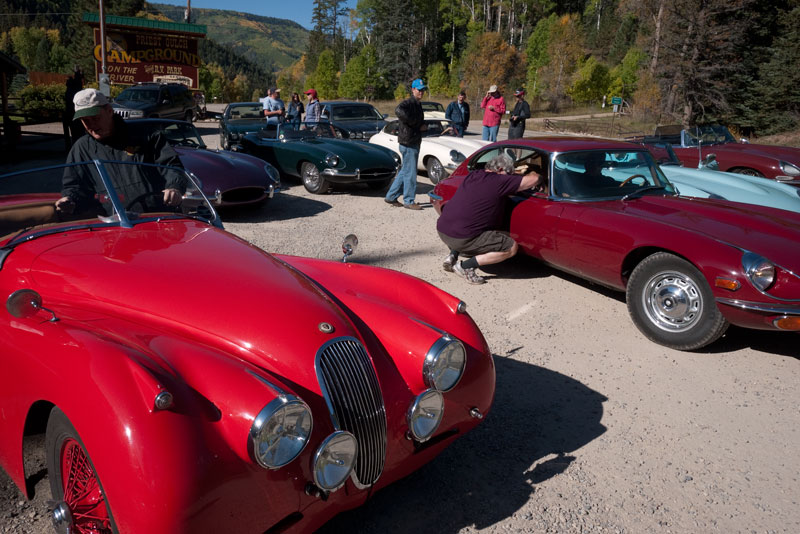 After having driven through deserts for six days, it was refreshing to be in the cool weather of the mountains. Just as with previous days I would sprint ahead and try and shoot the tour cars as they went by some scenic locale such as…. 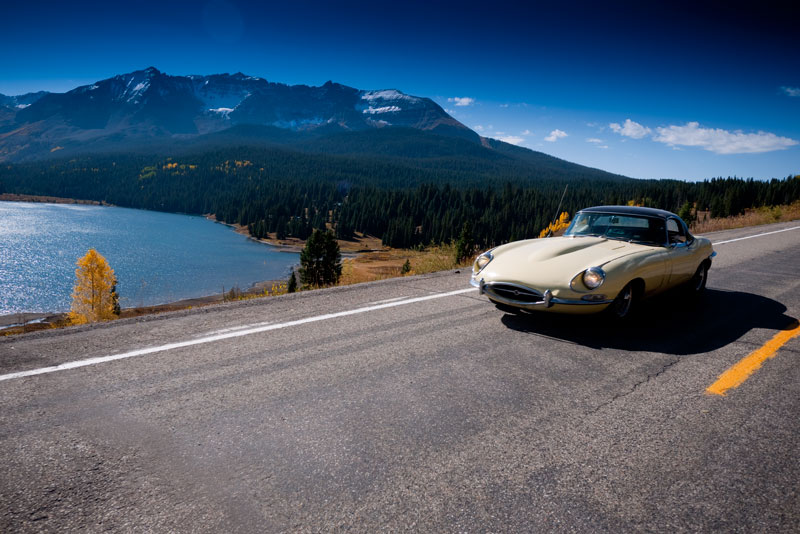 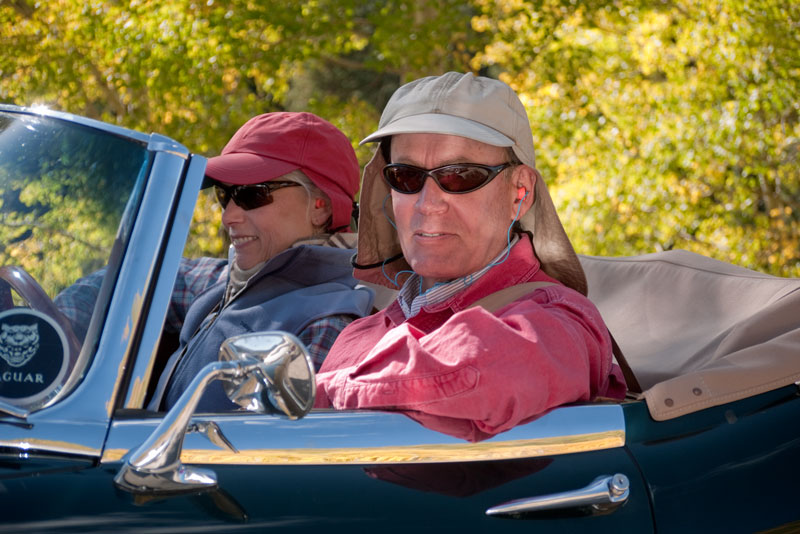 We essentially bypass Telluride, which is fine with me. This is the town where a lady in an SUV backed into the nose of a Jaguar XKSS last time I was here with the Colorado Grand in 2004. As we’re approaching the town a guy in a BMW pulled out in front of me and I had to brake hard to avoid a collision. The only reason I didn’t give him a blast from the boat horn was the fact that it was a 335d, which I had yet to see in the flesh. Needless to say, I got a very close up view on the little Diesel sedan.

We proceeded towards the town of Ridgway, where we planned on having lunch. Again, I sprinted ahead to get some shots, but getting these folks to pose for pictures is akin to herding cats. They all went by WAY too fast to get clear shots with my (ironically “fast”) 20mm/f1.7 lens… 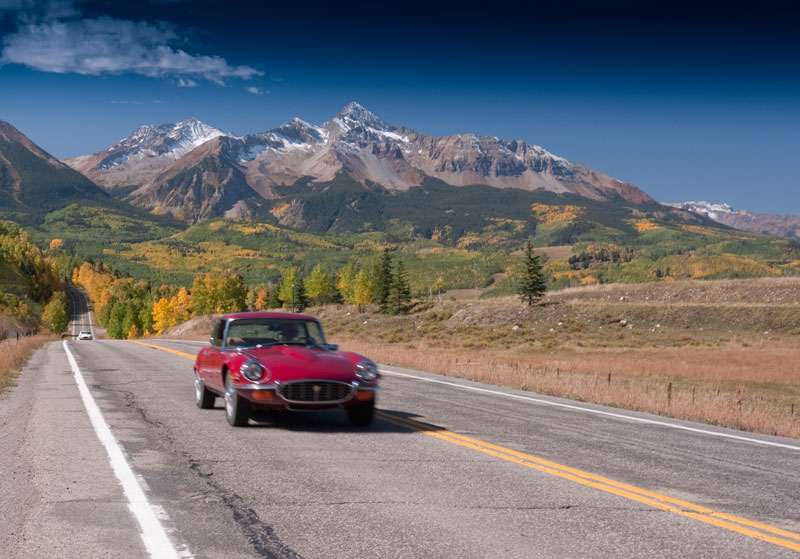 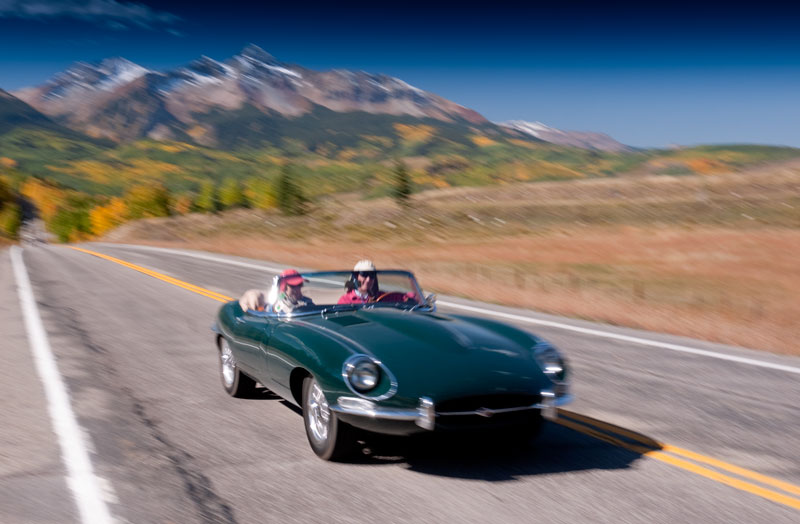 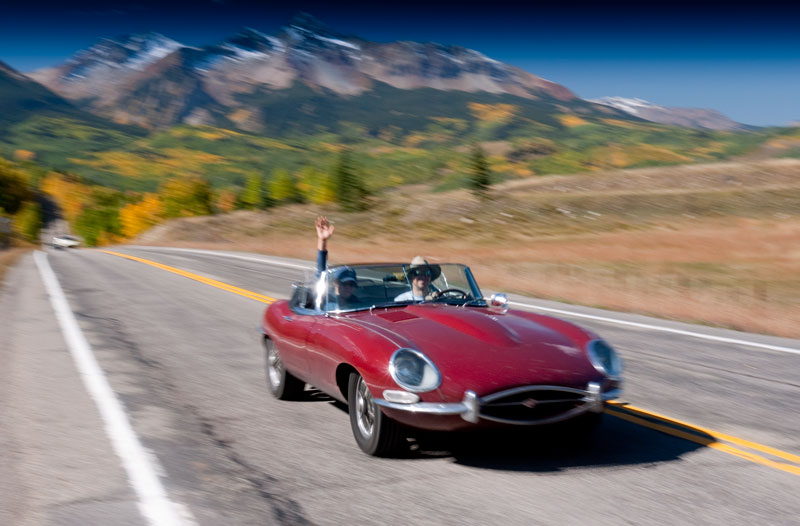 In Ridgway, we left the highway and parked on some unpaved streets to have lunch at a great little place called “Kate’s.” They made my day by offering roasted red peppers instead of tomatoes on their sandwiches. I love RRPs! They also served fresh, homemade lemonade that was awesome. I think I drank a gallon of the stuff. 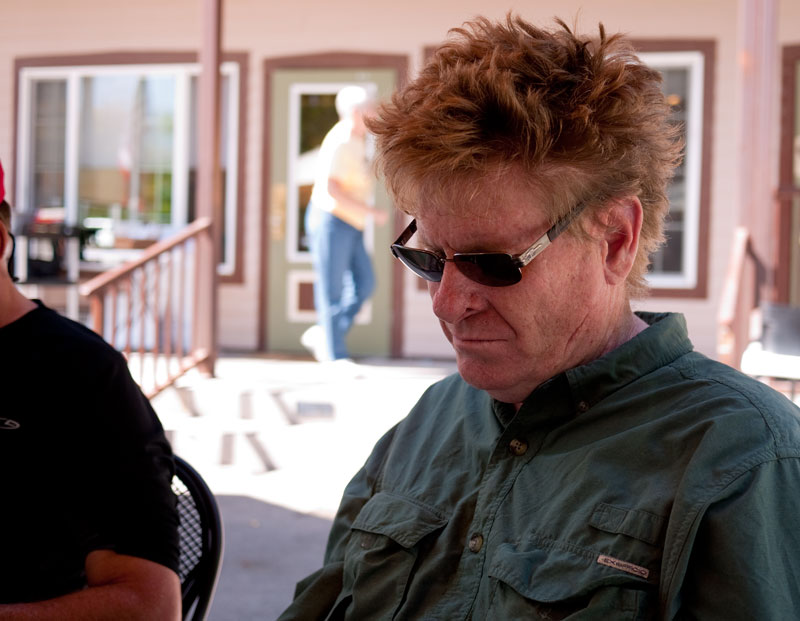 Leaving Ridgway, we climbed up the box canyon to Ouray. Knowing what lies ahead, I once again sprint forward, climbing up and out of Ouray on US 550, otherwise known as The Million Dollar Highway. The weather is taking a turn and I’m alternately in sunshine, light snow, and rain. Every time I drive this highway it seems to have bad weather. I ascend to the top of the pass and await the tour cars at one of the highway’s famed S-curves to grab a shot of them all collected together. I radio them and let them know what I want, but like the cats that refuse to be herded, the hoped-for tight group snaking up the hill does not emerge. 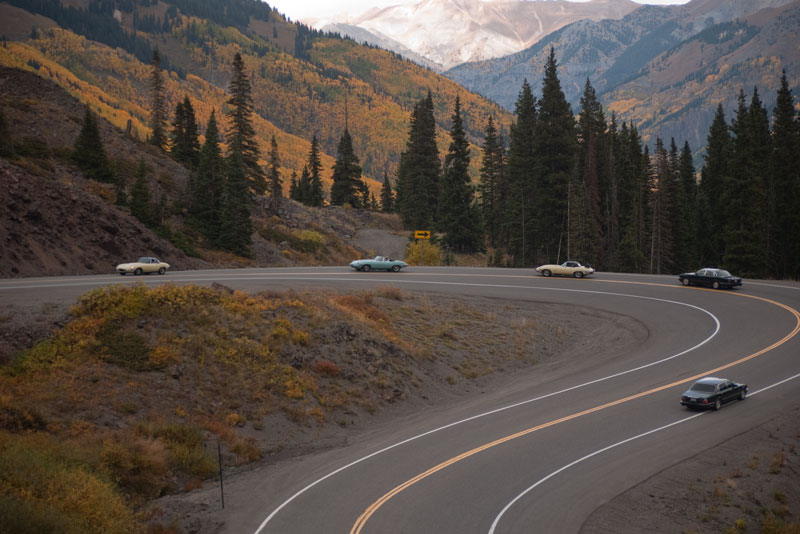 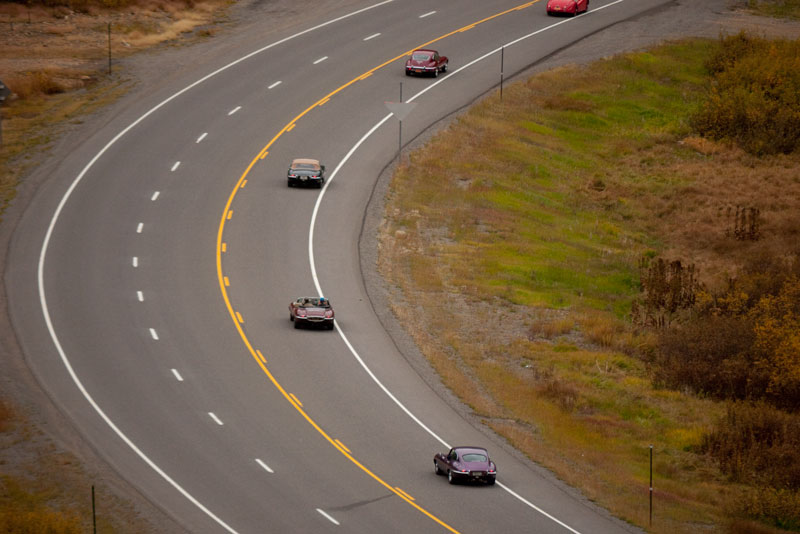 I try again at the next big S-curve but it is another massive photographic failure as they all stay tightly bunched when behind tress, then all spread out as they become visible! Oh well.

The rain continues on and off, but thankfully it is light and the snow is gone. We descend into Silverton, and as a group decide we need a hot drink. 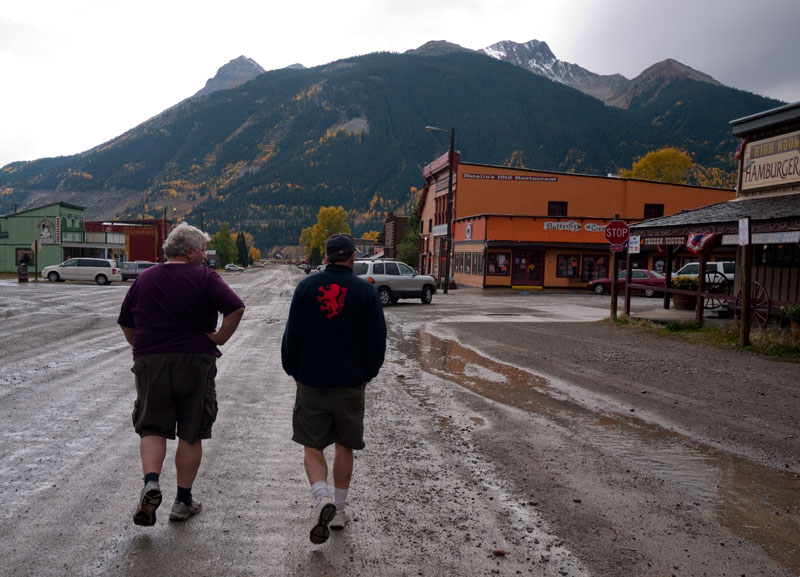 A bit of wandering around finally finds a nice little coffee house. I drink a very large hot chocolate, which warms me up quite well. I take my time wandering aack to the car and shoot some interesting arcana in the town, some of which will appear here in the future as a “name that car” entry. Meanwhile, soak in this unusual vehicle parked on the main street of town… From Silverton we drive to Durango, then back toward Cortez. At Cortez we split up, as some of us are staying up on Mesa Verde itself, and some are staying down in town. Tomorrow we’re touring Mesa Verde.