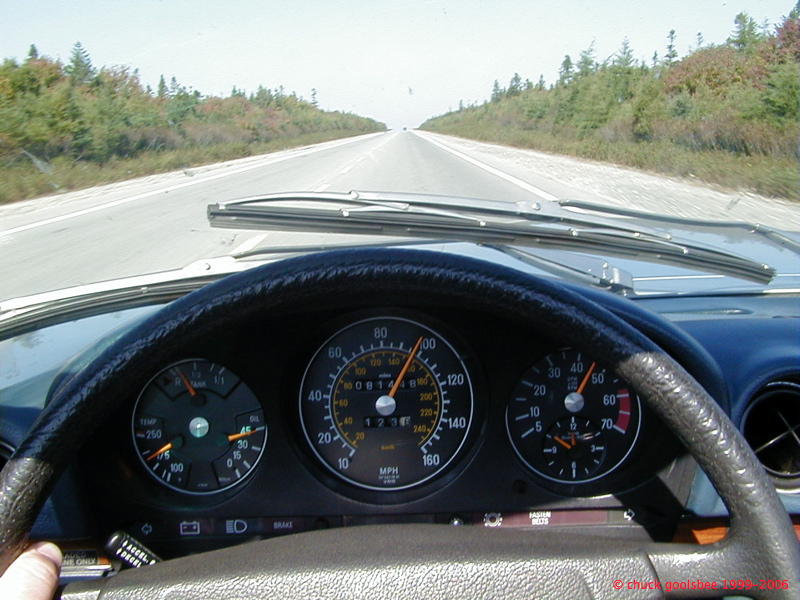 In the spirit of my last post I guess.

Can you guess what that black dot on the horizon is?

7 thoughts on “Car Photo of the Day”