I am not a political person, and this is (obviously) not a political blog. I have always been one of those “swing voters”… the “undecided.” I have friends and family members who ARE political people, who are members of a particular political party. They frequently have a hard time grasping my politics. My Democrat friends assume I’m a Republican. My Republican friends are convinced I’m a Democrat.

I actually avoid political discussions… mostly because they are a bore… but really because they get in the way of day-to-day life. If I have to work with, or live with somebody, I don’t want their perceptions of political belief to color their perception of ME. I feel the same way about matters of faith. My beliefs, be they about politics or religion are mine, not yours.

I do however, ALWAYS vote. It is my right, and my duty as an American citizen.

A month ago, I almost wrote a blog post entitled “Wake me up when October ends”… the central idea of it being that I loathe politics and the political season that surrounds this month biennially. The title is a reference to a great tune by a modern punk band, Green Day. The content was to be about being assaulted by political advertising, spin, and media throughout the month of October, usually one of my favorite times of year. The process of voting, and the existence of government are necessary. I firmly believe however, that the system has been poisoned… or at least compromised to the point that I prefer to just ignore it. For any reasonably intelligent person, the noise far outweighs the signal. The “Party Line” becomes far more important than the actual act or process of governing. In order to retain my true independence from the political parties, I ignore them in the weeks running up to an election.

This year though is different. Things have been happening to this country, and in the parlance of a bumper sticker I saw, “If you aren’t outraged, you haven’t been paying attention.” I’m not losing my independence, but I am going to speak my mind for once. If you are my friend and you have been waiting for this moment to finally uncover my party affiliation, you will be disappointed. This isn’t about any particular political party, this is about the very fabric of our nation. I’ve decided I can no longer keep my proverbial mouth shut, and can’t sleep through October.

It will take me a few posts to outline what I have to say, and I’ll tag it with the “uncategorized” label so that my regular readers who would prefer I shut up about politics and stick to rambling about, or pictures of cars, can ignore me.

Oh, and what the hell does Maxim Gorky have to do with any of this? Stay tuned…

Today I made popcorn the old fashioned way… in a pan on the stove. Boy was it good.

I’ve forgotten how good it is. Funny, when we were in the UK, it was a staple for us. One of those things we just could not buy at any store. So I always brought it back with me when I flew back to the US on business. Popcorn kernels, tortillas, and peanut butter. We had a big Aga stove and we’d make popcorn on it. For some weird reason I haven’t done so in ages. 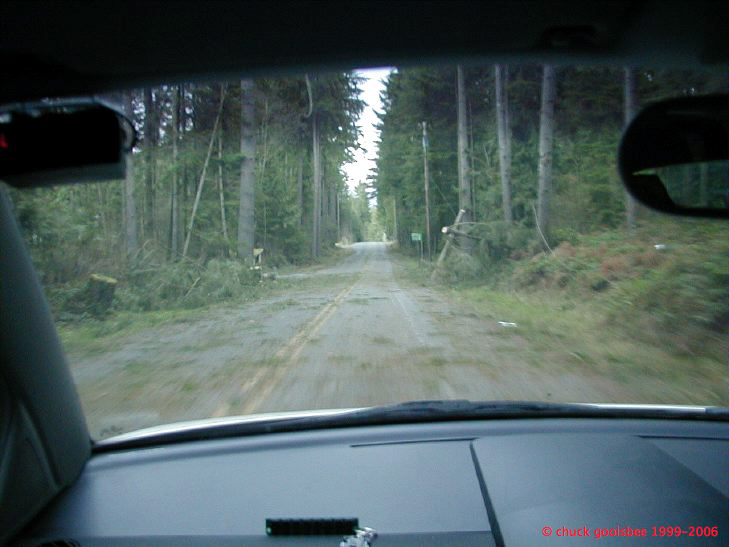 I took this photo several years ago, but other than the dashboard (of my old VW) the scenery hasn’t changed much today. We really only have two seasons here in the Pacific Northwest: Wet and Dry. Wet arrives sometime in the Autumn, usually accompanied by high winds. It arrived today. The past few weeks have been clear, but cold. The leaves on the trees just started changing, and this big wind will likely strip them off. I’m working at home today, watching the trees bend and sway. I took a brief run into town to grab some stuff at the store and mail a letter at the Post Office. On my way back to the house I noted that the roads were covered in fallen needles from Western Red Cedars. One of the two prominent tree species around here are WR Cedars (the other is Douglas Fir) and in the autumn every Cedar has some portion of their needles turn red, and all come off at the first big wind. The Fir trees just lose branches, which litter the roads with a Christmassy red and green.

Wet season means the Jaguar is put away in the barn, all wrapped up in a blanket.

Wet season also means days getting shorter, and daylight saving being over, which means darkness by 5 pm now, and 3 pm by December.

I don’t mind it all really. Go figure.

It has obviously been edited, mostly I assume to show the “good stuff” and avoid the long monotony of vanishing point horizons that is coast to coast travel in this country, but I have to applaud this work. Very well done!

Anyone who has read my work for a while knows I’m seriously into time-lapse photography. I used to post time-lapses from my commute, working day, and even road trips. I think I need to start doing that again. I’m inspired.

The Truth About Cars | Risky Business

I love “The Truth About Cars”… if you have never read the site, head on over and read this article now. Every day they post intriguing commentary about the automobile industry.

The commentary after the articles is as good, if not better than, the articles themselves. Got something to say? Then participate.