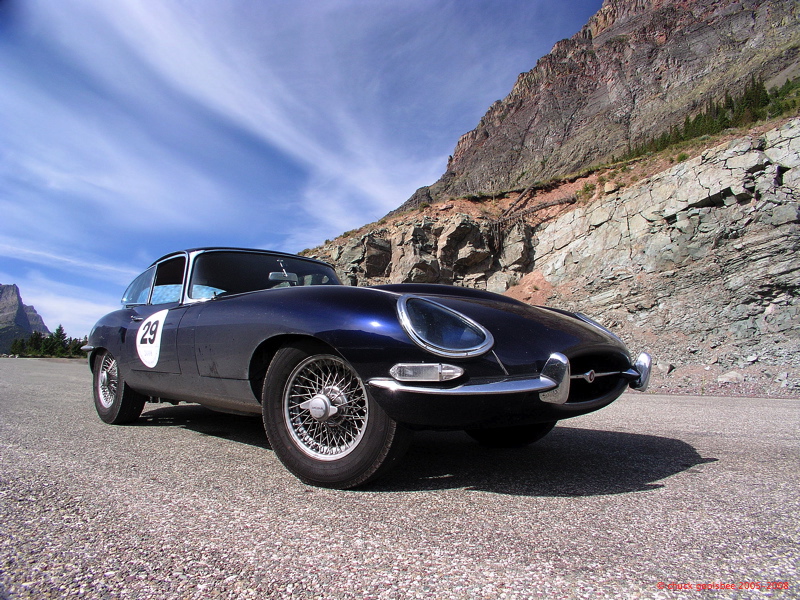 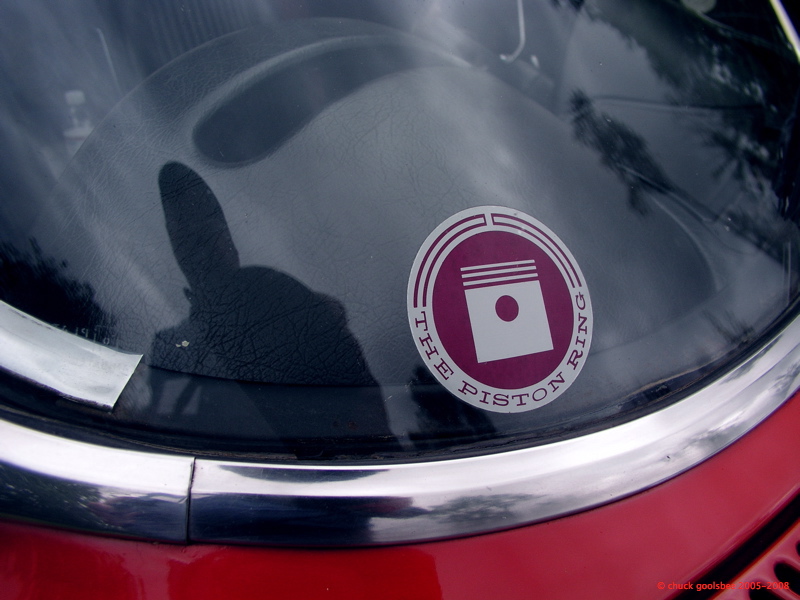 I’ll be “on the road” today, heading over to Port Townsend for a memorial service. Meanwhile here’s a couple of photos for you. The first one is a very nice shot of Gary Herzberg’s 1963 E-type fixed head coupe, taken above St. Mary’s Lake in Glacier National Park on last year’s Going To The Sun Rally. I had thought Gary’s car was black, as up until this point of the rally it had been raining and overall pretty gloomy. On this day the sun came out, and even through the dirt I could see that in fact his car was “Opalescent Dark Blue” as Jaguar called it; that is the Yang to my Opalescent Silver Blue’s Yin.

This photo was chosen to adorn the month of July in this year’s XKEdata calendar.

The second photo was taken on the Classic Motorcar Rally (aka The Annie & Steve Norman/ College Planning Network Classic Motorcar Rally) at the very place I’m heading to today. The rally organizers have always been Doug & Vicki Breithaupt of Port Townsend. Vicki lost her battle with cancer last week and her memorial is today. Last year their plan was to have the rally in eastern Washington, but Vicki’s illness prevent her from traveling a lot, so they held it in Port Townsend. One of the rest/lunch stops was at their home which is an old schoolhouse on the edge of town. I wandered about taking photos of the cars as they gathered and noted this funny sticker on the windscreen of one of the cars. You’ll note the dashboard is quite unusual, so perhaps it will reveal to you what lies outside the frame of the photograph. Have a guess in the comments below.

I’m off to catch a ferry, more on Vicki Breithaupt, Doug, and their children later.