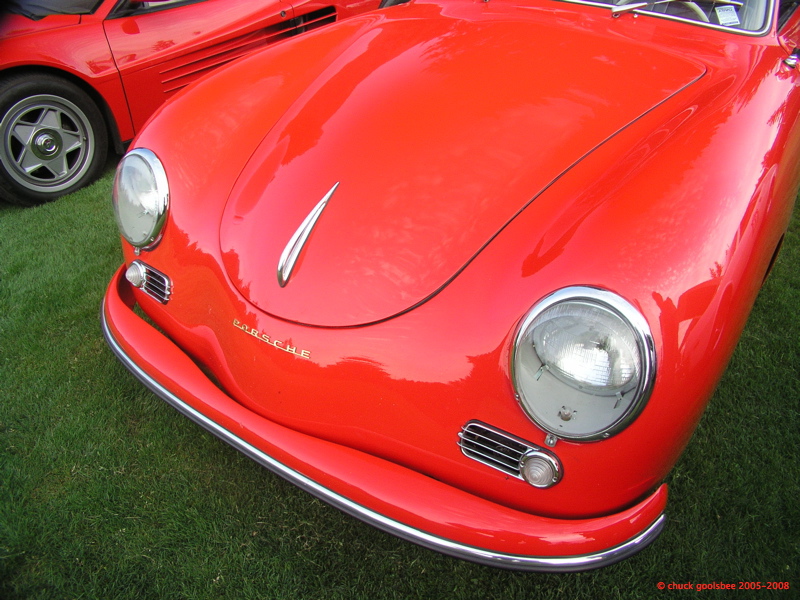 Red is one of those love/hate colors on cars. Often the red is applied much like lipstick on a pig, earning the epithet “Resale Red”.

Of course red is also the traditional color of Italian race cars, so it is (all too) often associated with exotica such as Ferrari. Proven here by the Testarossa in the background. I would much rather see Ferraris in other colors, and in fact the prettiest ones I have ever seen have always been something other than red. Of course the fact that despite a vast spectrum available, the vast majority of Ferraris ARE red makes choosing a beauty standing out among the sea of rosso corsa pretty easy.

If you’ll pardon the pun, my primary objection to red on cars is that the color is actually quite flat and rarely has any depth or subtlety. Compare two cars, one painted red, and the other say in a metallic maroon or silver, and the car will likely look SO much better in the latter colors. It is because of the primary color nature of flatness (shared with whites, non-glossy blacks, yellows, and blues) that makes for both the appeal, and the dislike of red on cars. To each his own I guess.

One thought on “Car Photo of the Day: Red on Red”