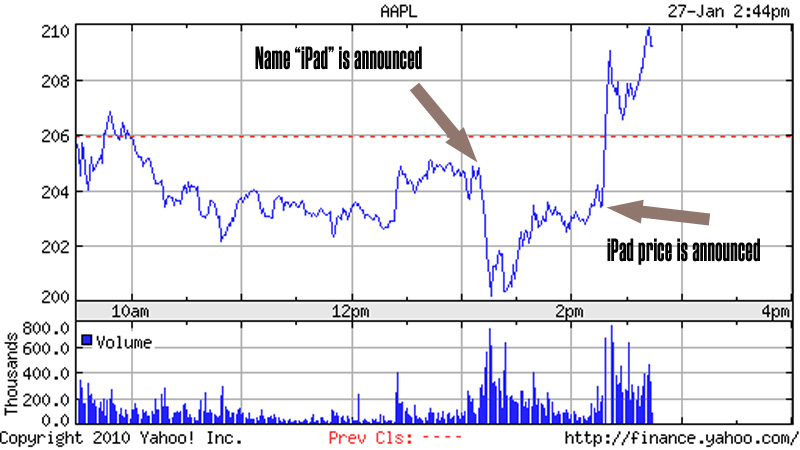 I don’t have anything to say about Apple’s new “iPad” device. Unlike technology pundits, I would prefer to get my hands on one before I start spouting opinions about it.

What I would like to point out however is Wall Street’s view of today’s product announcement. I noted that when the name was announced AAPL stock nosedived a bit, then slowly climbed as features were explained. Later when the price was announced (at a bit more than half where the pre-announcement speculation put the price tag) the stock marched right back up again. In my twitter stream it seemed only myself and Kevin van Haaren were commenting on the stock market’s reaction.

There are at least two months to go before the (real, not stock) market can begin to asses what this product can and will do. It will be interesting to observe the stock along the way. I generally have a very dim view of what Wall Street analysts think, as I see them of incapable of real analysis, completely out of touch with the real world, and far more prone to herd mentality than they’re willing to admit. Meanwhile, I wish Apple luck here though, as a customer and shareholder.