I took my son Nicholas to see his favorite musician, Jonathan Coulton play at the Moore Theater in Seattle last night. We drove down from Arlington, with a stop at Seattle institution Dicks for a bite:

The opening band was Paul & Storm:

(and yes, panties were thrown at the performance last nightâ€¦ seven of them in fact.)

Nick acquired a “Skullcrusher Mountain” T-shirt and stocked up on so many nerd hit points that I’m certain he’ll dominate the next D&D match he plays.

There was really only one downer for the whole night. A few rows behind us was seated a guy who was not only really loud, but also cracked wise at every pause in the show. Paul & Storm strongly encourage audience participation and this guy took the bit and ran with it… non-stop.

Literally not a minute of the show went by without this guy hollering a punch line, or wisecrack, or just something stupid. One or two of his remarks/heckles/outbursts were quite funny. Three or four of them were picked up by the performers and made for funny moments. But the other eighty six of them were just tiresome, annoying, and several times threw the performers off their game. We ALL paid good money to see this, and more importantly HEAR this event, but at literally every quiet moment this yahoo became a bellowing distraction.

Like spice in a well-prepared dish a bit of audience participation is a wonderful thing. Had the audience last night all sat like cadavers, it would have been pretty dull (though one song demanded that we become zombies!) However too much is just too much. In this case a pinch of salt would have been perfect, and this one guy in the audience (let’s call him “Richard”, or “Dick” for short) arrived with a dump truck loaded with sodium chloride, backed up (beepâ€¦ beepâ€¦ beepâ€¦ beepâ€¦ ) into the auditorium, then dumped two tons of salt all over the show.

Really? Don’t be that guy. 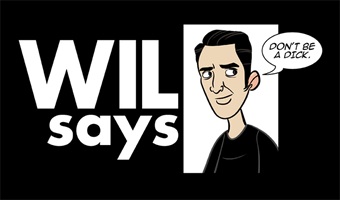 2 thoughts on “A Truck Load of Salt”