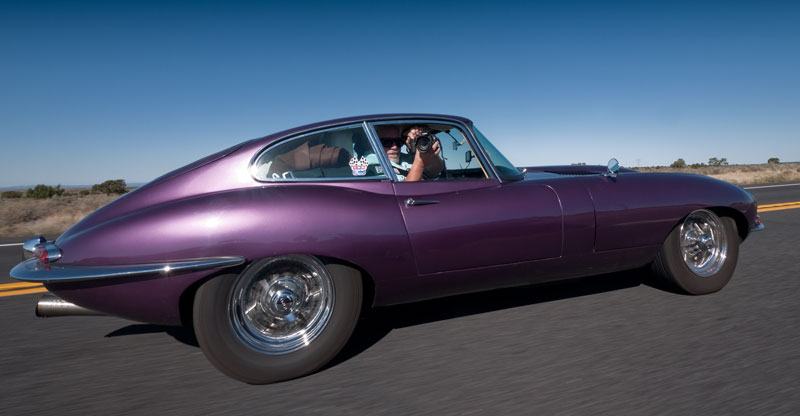 We leave Flagstaff (which reminds me a LOT of Bend, Oregon) early in the morning, with frost on the tonneau cover of the 65E, caravanning up to the Grand Canyon. I have a confession to make… While I can claim to have visited all of the Lower 48 States, plus Alaska (Hawaii is my last un-visted place in the USA); Arizona is the one state I have barely touched. I’ve clipped the northeast corner between New Mexico and Utah in my college climbing road trip days, and have changed planes once in the Phoenix airport. Until now that has been the total extent of my travels in Arizona. I’ve never seen the Grand Canyon from terra firma until today. Additionally, despite having visited Shiprock, Canyonlands, Arches, and the Moab area many times, I’ve yet to see Monument Valley. Today’s journey will address all these shortcomings of my travel experience and more. 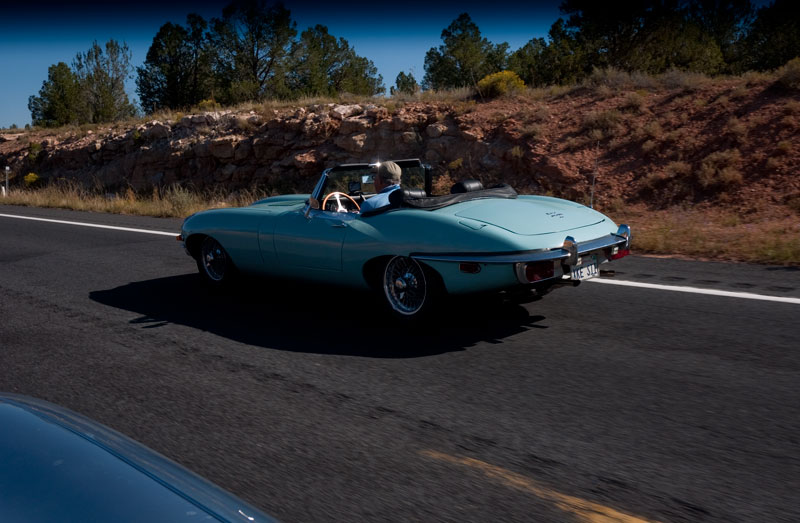 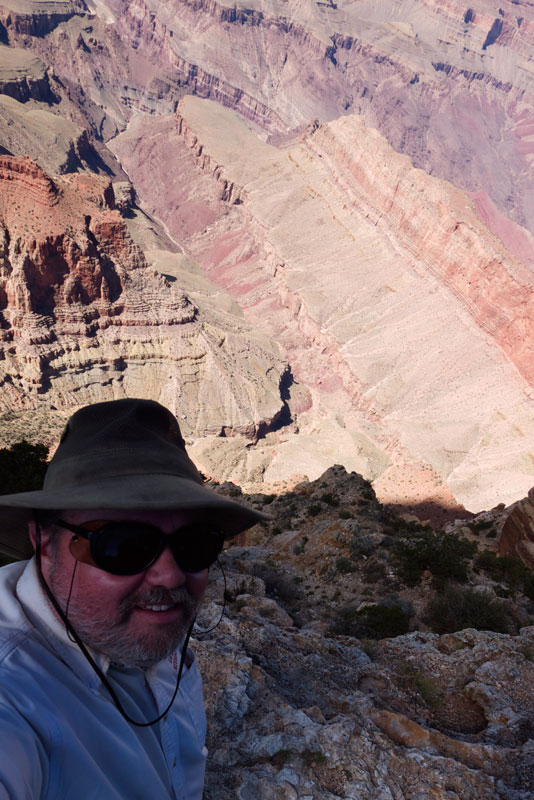 Soon after arriving at the Grand Canyon, I become separated from the Tour group. I always try to find shade to park in to keep my car cool, and in the vast parking lot of the first overlook I lose sight of the other E-types in the sea of SUVs and RVs after I find a shady spot far from the sightseeing areas. I walk to the edge of the canyon and have a look. Wow, it sure is a big hole in the ground! I find a spot where I can stand at the edge (I have near zero fear of heights) and shoot the picture above. Wandering back to the car, I drive along the whole south rim, stopping at various overlooks, and shooting photos. I see a few other SOL Tour members here and there, but we never really travel as a group here. 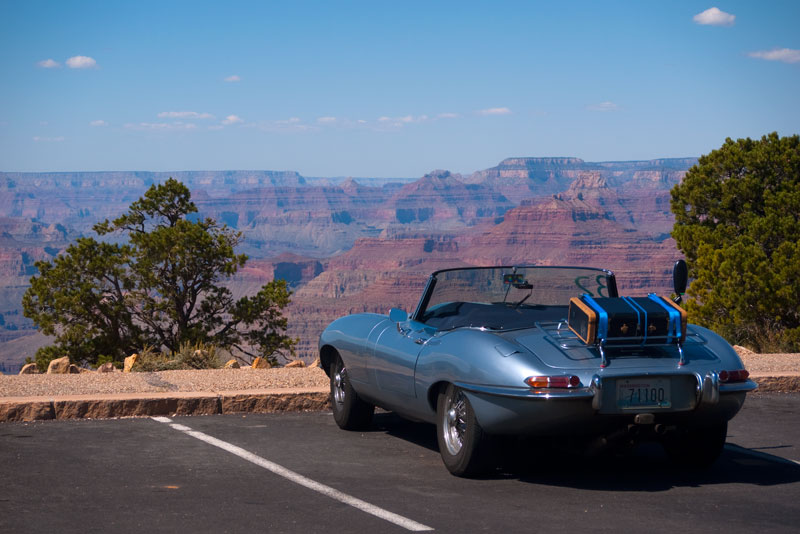 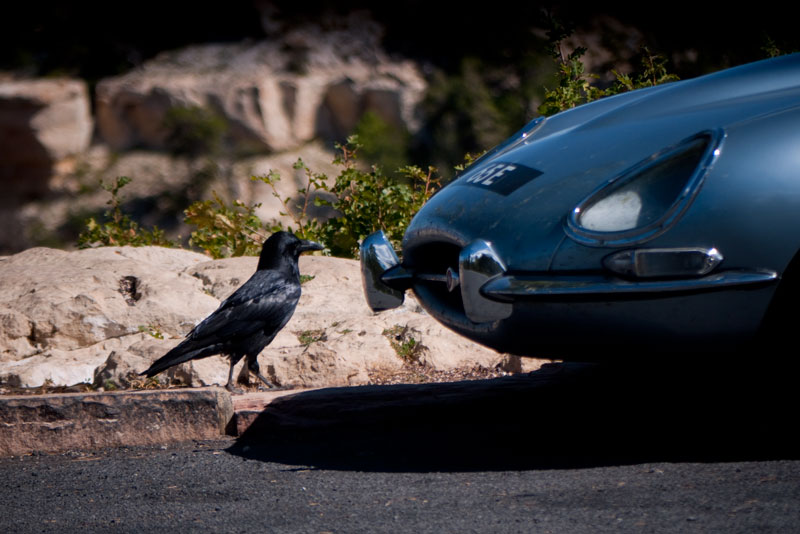 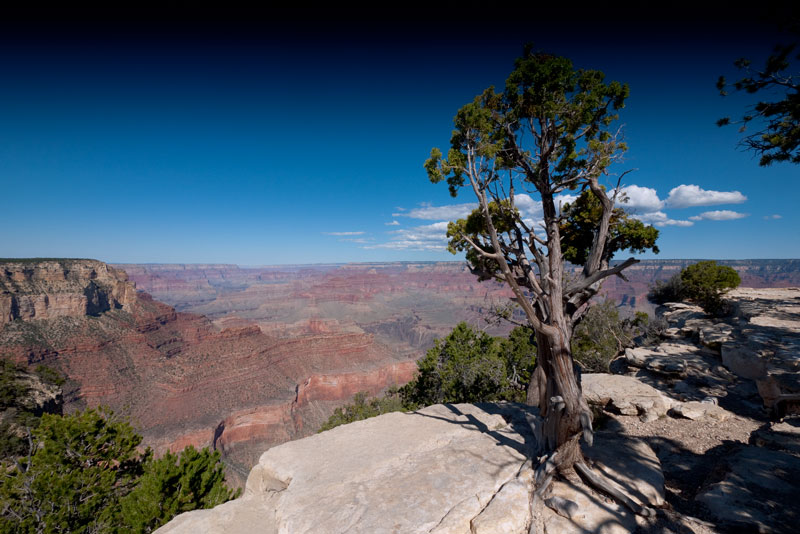 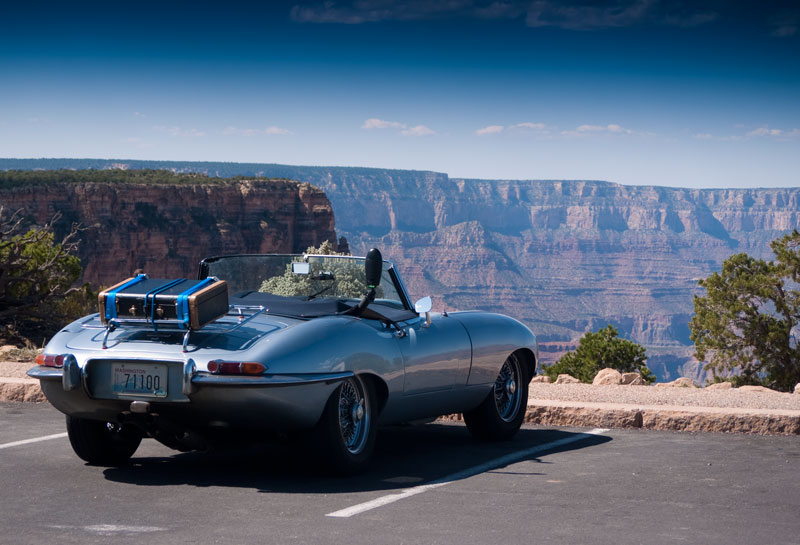 I leave the Grand Canyon and head east into the vast Hopi & Navajo Reservation areas of NE Arizona, through the Painted Desert. As I come over a ridge somewhere between Tuba City and Kayenta I see a series of sandstone arches/buttes that reminds me strongly of the landscapes seen in the Pixar movie Cars, I figure it has to be where they drew the inspiration to have the buttes looking like car hoods. Unfortunately my camera isn’t handy and I’m doing my best to get to the entrance to Monument Valley to shoot the Tour cars as they came through. 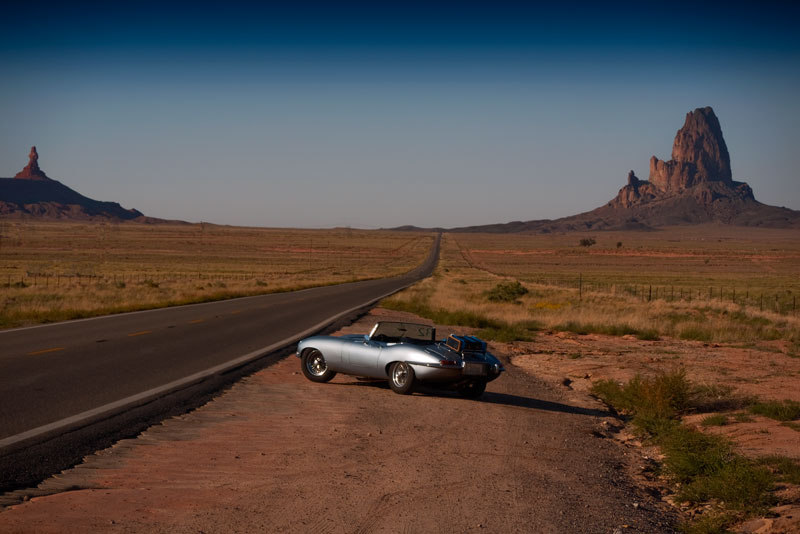 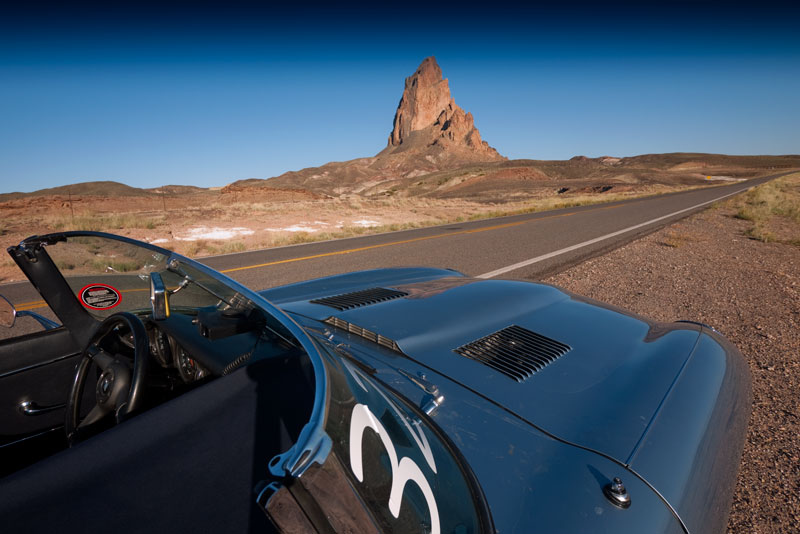 I pull up alongside this big monument and set up for two photographic endeavors: Shooting the SOL Tour cars as they go by (which turned out to be quite tough, as they come by VERY fast in low light!) and shooting a time lapse of the sunset on my car and the dramatic backdrop…

For those who know the history of my car, perhaps you can catch the subtle joke embedded in this video. 😉

After the sun sets I head to the McDonalds in Kayenta to use their free wifi to get caught up with this tale, and share my photos, then blast up to Gouldings in the dark to join Larry Wade and the Meboe’s at their campsite.

I’m camping tonight near the AZ/UT border. No wifi out there! Before I head there I’ve dumped all my photos from today in a public Facebook album.