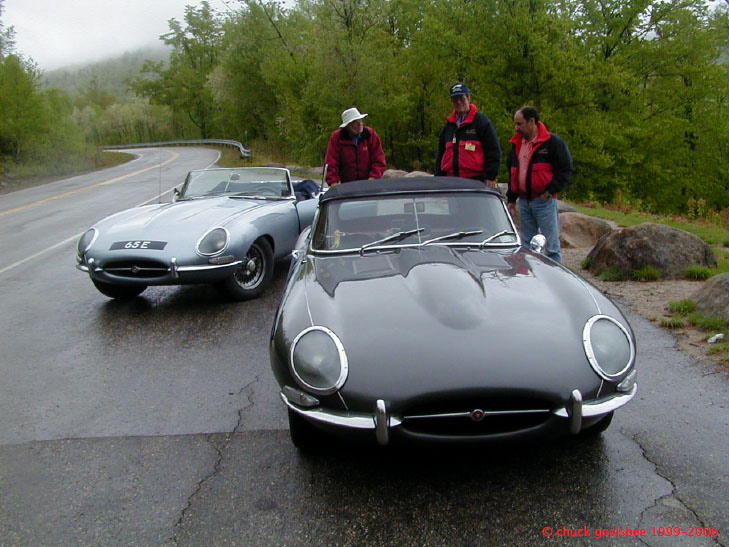 This photo was taken on the rain soaked “New England 2000 Rally” in the spring of 2000. I traded emails last night with the gentleman on the right, whose E-type is at the front of the shot; Frank Filangeri. (he was pleasantly surprised to see the 65E in Winding Road) That prompted me to dig up this photo, which is my favorite from a series of them I shot when we ran together for a while on the Rally, up a wet and windy “mountain” road in New England. I honestly don’t recall where it was, but we pulled over for a break (must have been a transit stage!) and I shot photos in a big loop around the cars while Frank, his navigator Clark Nicholls, and my dad had a chat.

Ah… I found my notes from that trip… it was the “Kangcamagus Highway”. IIRC we also ran that route, in the opposite direction on another New England 1000 rally another year, but in sunshine and we passed a Ferrari NART Spyder. Nice road… reminds me of SR20 in the foothills here before it heads up and through the North Cascades.