Arrived home fine the other day. I’ll update the blog from the rally as soon as I can find the time.

I put the car up on my lift the day after I arrived home. The purpose of which was to change the oil and oil filter, a well deserved treat for the 65E which had just torn up almost three thousand miles of road. I also wanted to have a look around and see how the car was doing, mechanically. The only things we noted during the rally were:

1. a minor vibration in the front end (the car is in need of an alignment.)
2. Some odd issues in the brakes
<  >a . We had lost some brake fluid in the front reservoir (a really odd thing!)
<  >b. It was pulling a bit to the right when braking (just barely.)

So when the car was up and draining oil, I had a look around. First I noted a small drop of brake fluid below the right front tire and looking up, sure enough found that one of the brake lines had failed. Thankfully not in a catastrophic manner, but failed nonetheless.

Here is a photo: 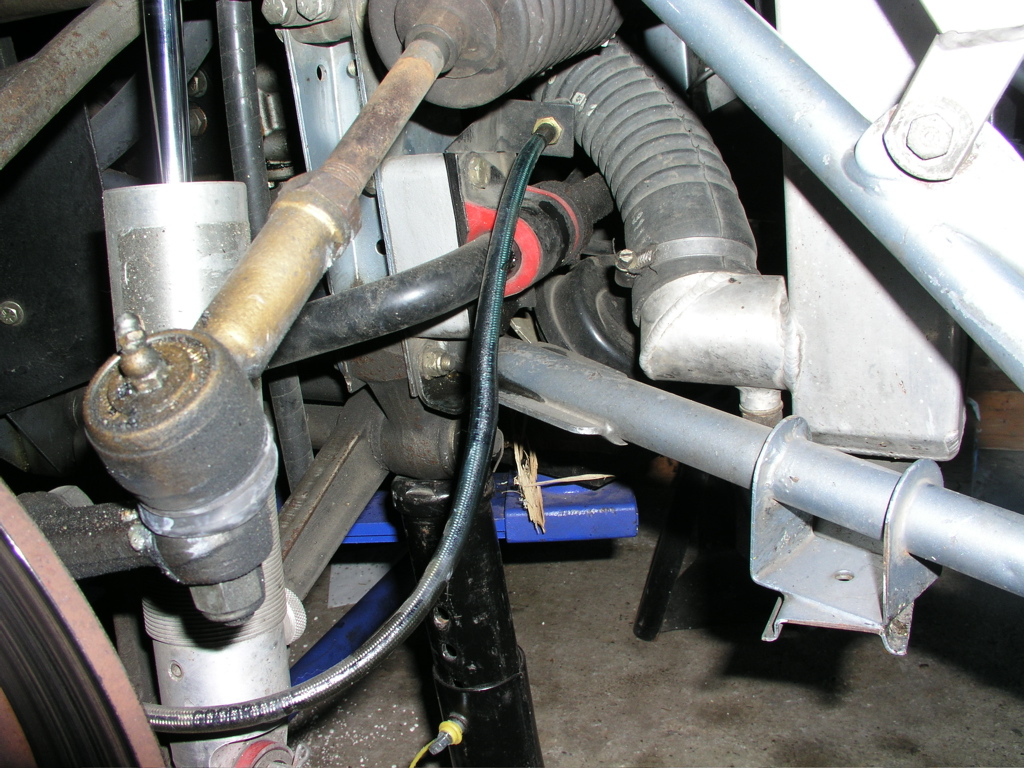 Note that the line, which is a stainless steel braided middle, teflon core, and some sort of tubing on the outside sheath, has swollen with brake fluid to roughly 2X its original size. Obviously the teflon core has failed in some way. Of course this is a part from “Classic Jaguar“, the very same restoration shop that bodged my cars restoration, and provided the other craptacular parts in my car that have failed.

Sigh. I feel like I am doomed to spening my life correcting all the errors Dan Mooney has perpetrated upon this car.

2 thoughts on “Back Home”