Here is a veritable smorgasbord of Goolsbee news, and a heap of excuses why I haven’t been posting much since my return from the GTTSR (besides my backfilling those pages when I have had the time)… 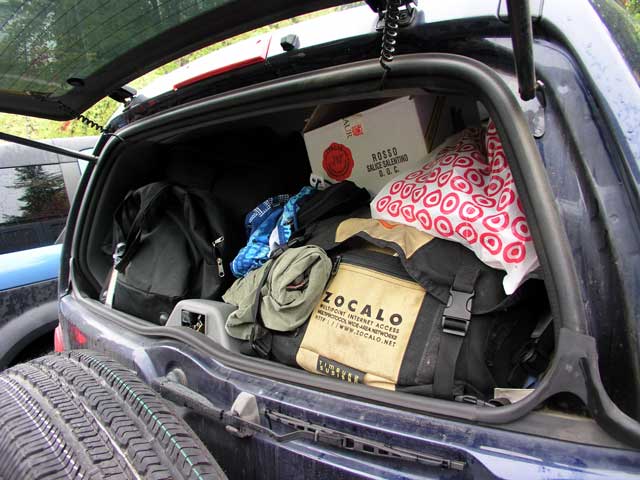 That is 90% of Christopher’s worldly possessions stuffed into the trunk of his mother’s Jeep. Yep, weekend before last we ferried the elder Goolsbee child off to college. The Evergreen State College to be exact. The trip to Olympia was a traffic-choked adventure in and of itself, but I’ll spare you the boring details. 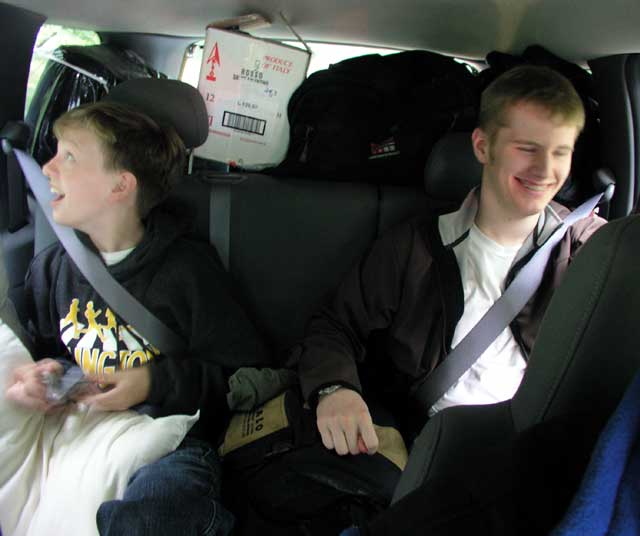 Upon arrival there was endless queuing and parking lot trauma, but eventually we managed to get Chris into his living space for his Freshman year. His dorm room is quite nice, on the top floor with skylights. 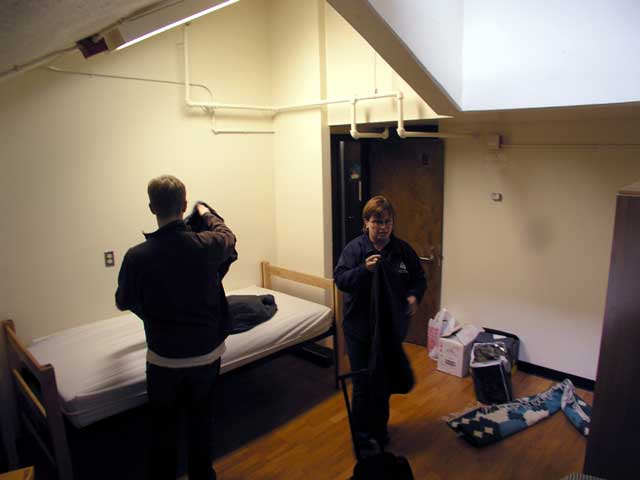 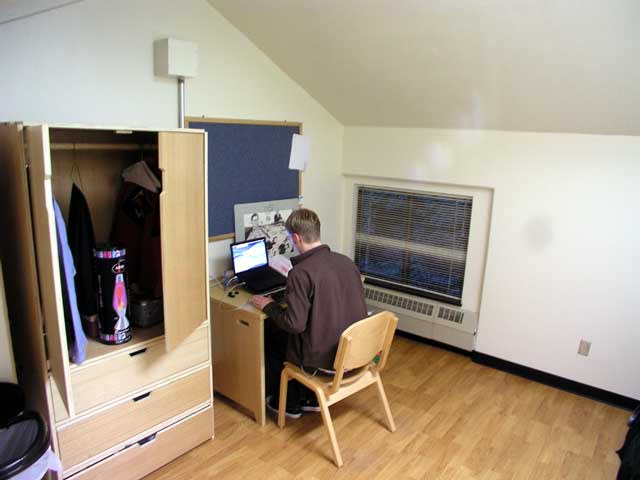 His mother was horrified, but I pronounced it “good.” He has this space to himself, but shares a bathroom with three suite-mates. The campus is nice, and we a few of the parent things, as well as paid tuition, room & board of course. We also made a run to some nearby stores (once the Jeep was emptied of Chris Crap) and stocked his supplies, desk, etc. Chris made a list for me of things he forgot over the next week and I’ll be visiting him later this week with that stuff, along with his bicycle, which we didn’t have room for on this trip.

Last weekend Nicholas attended a big dance at his high school. This required a clothing run, as he has outgrown just about everything. I swear he’s three inches taller than he was a month ago! Here he models his new threads: 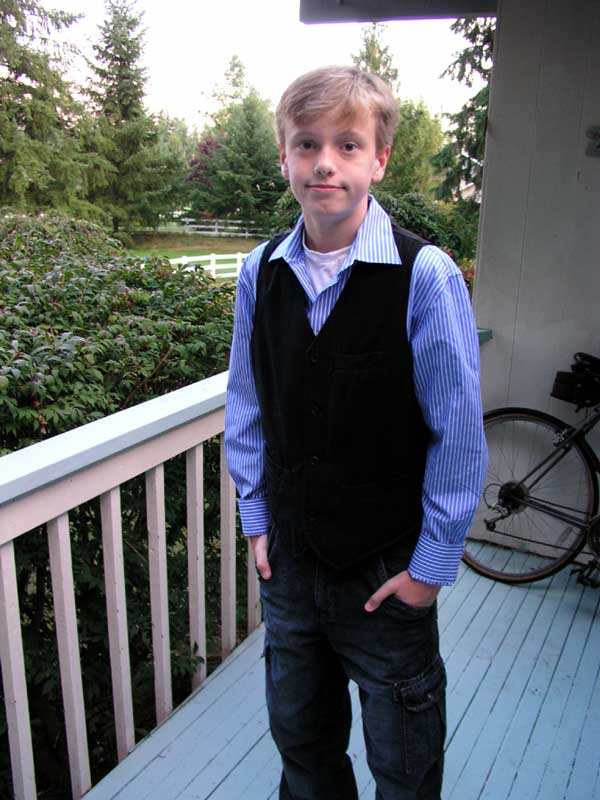 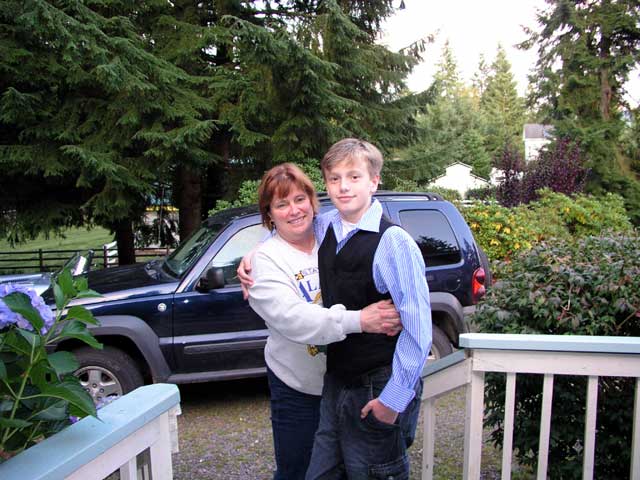 His mom gave him a big hug and I shuttled him off to the dance in the Jaguar. That was my contribution.

Speaking of the Jag, I finally got around to giving it a good wash and wax this past weekend. The weather was glorious… a sort of Indian Summer after a few weeks of rain & cold. Sue & I took a drive as she had an errand to run down in Snohomish and actually suggested we take the E-type. I was planning to relocate it from the barn to the garage for the winter so it was a good excuse to take it out. As I was waiting for her to complete the task we drove to Snohomish for, I noted the car was seriously grimy from the long rain & bug filled road trip to Montana & back. When we arrived back home I washed it and pulled out the Meguairs wax and gave it a good rubdown.

Pretty soon the rains will return in force and the car will go into hibernation until spring. I have a few projects to complete with it, but it will have to sleep in the garage as our damn cats have manifestly failed in the ONE real job they have, namely keeping mice out of the barn and therefore my car. Last winter I found signs of the damn thing all over the engine bay. Oh well.

So all this, along with some projects at work (involving more time with my nose in spreadsheets than I care to ever do) have kept me away from here for a while. Hopefully I can return to regular posting soon.