The pre-Christmas freeze broke a few pipes in our barn (despite me turning off the water, and draining them beforehand!) and also claimed my handy digital scale. I use it for weighing the catalyst for my BioDiesel production, which has to be measured down to the gram. Variations between various recipes based on waste oil acidity are pretty minor so it is important that I use the right amounts, or I could end up making a giant vat of soapy gunk instead of fuel. Been there, done that, don’t want to go back.

Obviously the scale had some water in it, likely condensation, as things froze hard. Since things have thawed I started up fuel production again, only to find my scale inoperable. It just beeped and the display presented me with gibberish. I did what any motivated tinkerer would do:

While it was satisfying to watch it disintegrate into component parts and splintered plastic bits, it doesn’t help me get any closer to weighing Potassium Hydroxide 200-some grams at a time.

Last weekend I went into town to try and find a suitable replacement scale at the hardware store and farmers co-op. No such luck. They had an analog ones, and hanging ones, but no table-top digital models. I grabbed an analog one as I had a batch in-process and thankfully the recipe was very simple (80/80 1kg/200g) so the analog one did the trick but rarely do recipes work out to nice even numbers. I hopped on Amazon.com and snagged a digital scale. It arrived this week and so far has worked great. It is of course of Chinese orgin, like so many consumer products today, and the manual inserted in the box is â€¦ interesting to say the least.

I’m usually one of those guys that reads the manual of every thing I buy to use. One of the joys of buying a new car is sitting in the front seat and reading the owner’s manual cover to cover. (Good thing I rarely buy a new car!) This “RTFM” thing comes from years of working in Information Technology I guess.

It is a good thing that a scale’s operation is fairly straightforward, because this manual is absolutely no help in understanding the operational procedures! 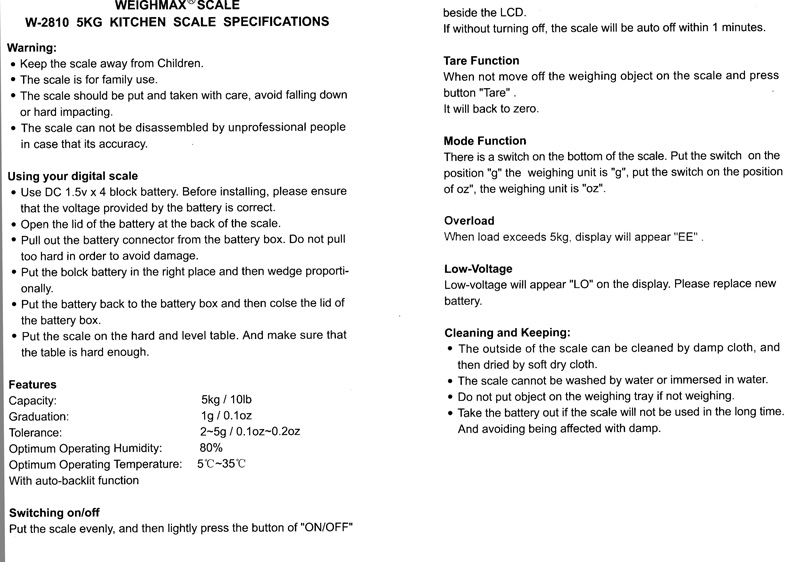 Feel free to call out your favorite parts in the comments! 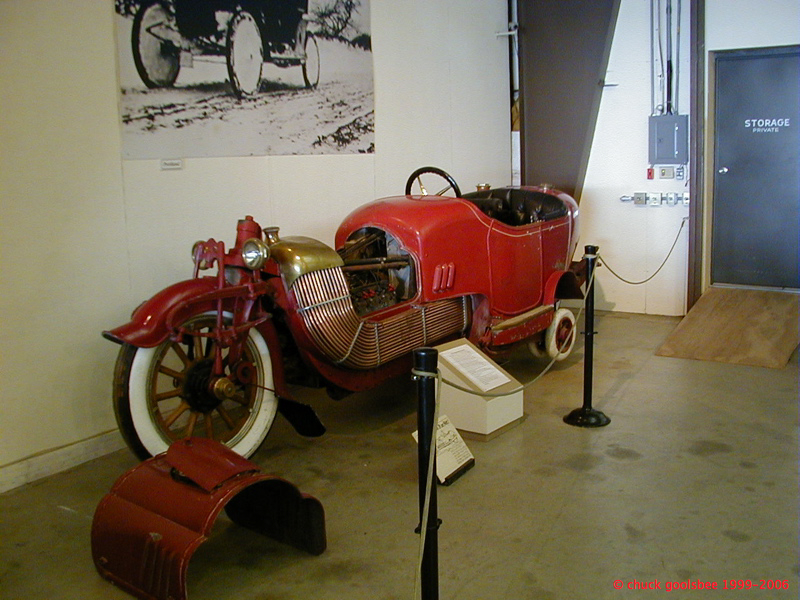 One of the earliest “Car Photo of the Day” shots I posted here (before I even started calling it that) featured the Scipps-Booth Bi-Autogo, which I had seen stuffed in a corner of the Owls Head Transportation Museum in Maine. This bizarro machine from the early days of the last century amazes me. Photographs do not do it justice.

I noted that Hemmings has it on their blog today with reprints of a Special Interest Autos article from 1981 written by the nephew of the man who built it. Worth a read: 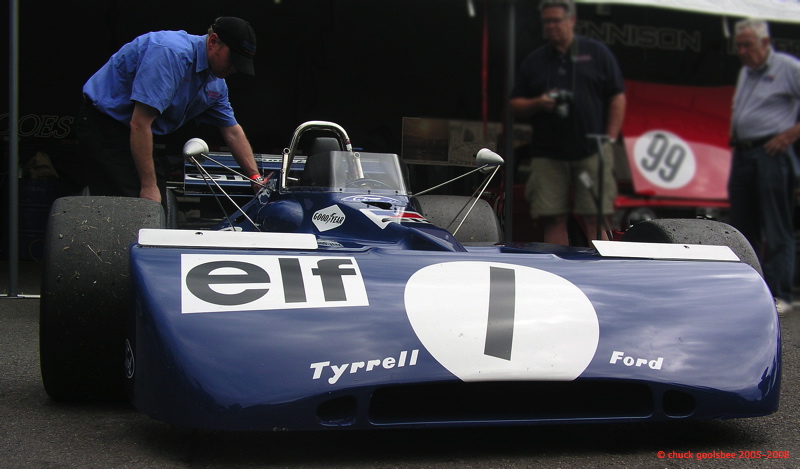 Seen at the SOVREN Northwest Historics a few years back.

Watching children grow up is like observing starfish. It happens so slowly that it is impossible to actually see it happen, but like watching that minute hand move on the big wall clock in fifth grade math class, while it happens almost imperceptibly, it does happen. Photography of course allows us to cheat time and observe moments from the past, and collected photos can form a sort of mental time lapse movie where suddenly those seemingly motionless starfish are wandering all over the tide pools.

In 2003 the entire Goolsbee family visited my parents, this included my two sisters and their families. At the time all four of the grandkids, that is my two boys and my two nieces, all just had braces put on their teeth. I snapped a photo to commemorate the situation: 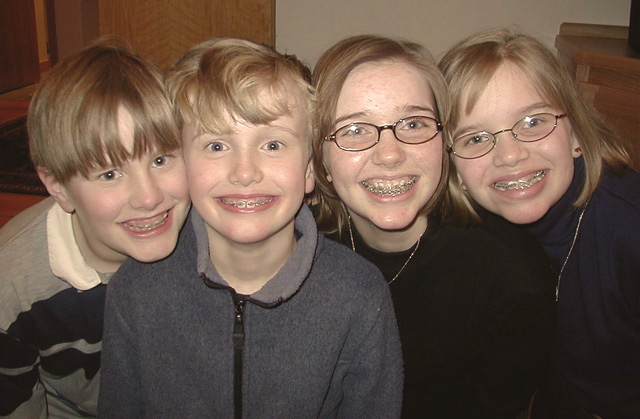 It is a cute photo and it ended up on the cover of one of those Apple iPhoto books I made for my parents of our week with them, which to this day enjoys a place on their living room table. The photo captures three of the four of them at the end of their childhoods and into their teens. Chris and Caroline were thirteen years old, Lauren was fifteen. The littlest is Nicholas, who was then just ten years old and as you can see the teenagers are all hunched over to match his height for the photo.

Fast-forward your metal time lapse to the end of 2009: 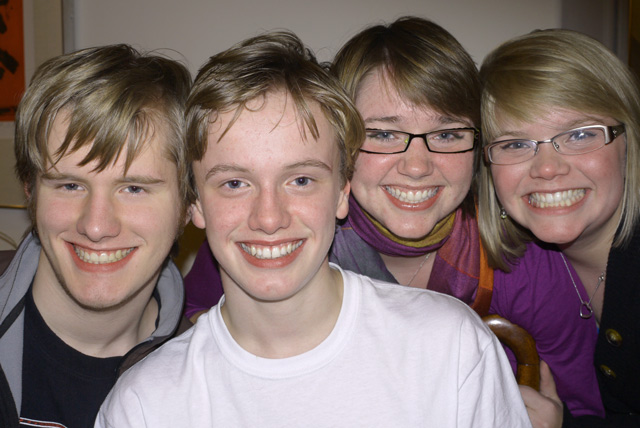 On our last day in Colorado over the Christmas holiday I rounded up all four the grandkids away from their iPods, school reading assignments, and laptops. The intent was to recreate the 2003 shot, with a little art direction from my sister using the original photo on the cover of my parents’ book. Chris & Nick are now over six feet tall. Their cousins, being their mother’s daughters (my sister Cathy is, shall we sayâ€¦ “vertically challenged”) remain about the height they were in 2003. Getting everyone’s head lined up was a bit of a challenge! Both nieces are in college now, with Lauren set to graduate in May. Chris is in college too, and Nick is a sophomore in high school. (Nicholas is also no longer the youngest and certainly not the “littlest” grandkid anymore as my youngest sister had a son 3 years ago.)

The intent of the photograph was to capture their smiles, and the results of all that orthodontics. What I see instead however is seven years of maturity reflected in these four faces. While they’ll always be our children, none of them is really a child anymore. 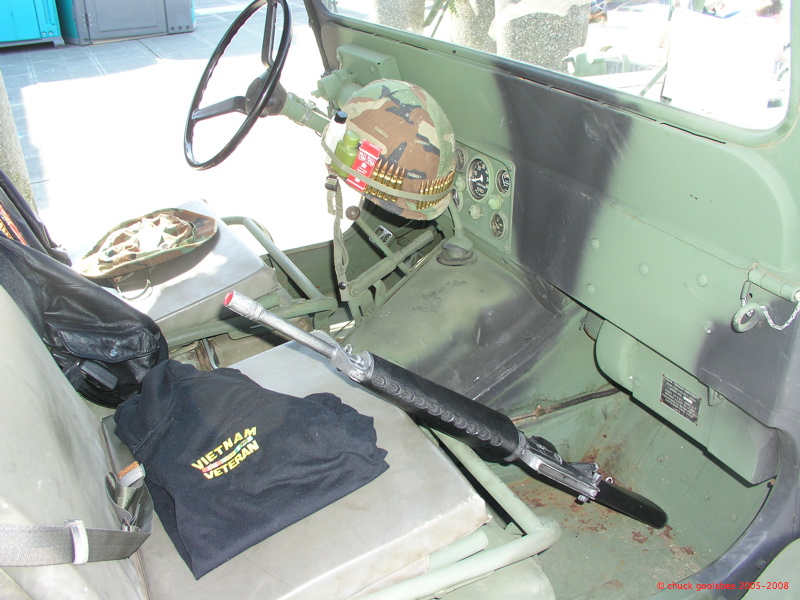 As many of you know, I’m not a big fan of car shows. It all boils down to the fact that to me the natural habitat of an automobile is on the road. Static displays detract from the object’s purpose. Overlay the static display with judging, and all sorts of unrelated to cars – but ingrained in human behavior shenanigans ensue.

One such set of shenanigans are cutesy decorations. Those bizarro “leaning kid” dolls lie atop this pile, followed closely by Elvis mannequins, and drive-in trays with plastic burgers on them. Restoration photo books are one thing, as they are at least directly related to what you are looking at, as are period-correct materials about the history of the machine. Lying somewhere between these two extremes is captured above. This display is in a weird grey area between “period correct accessories” and “too cute” (if you could call it that!) I saw this vehicle at the only car show I regularly attend, which is the one put on every June by my little home town of Arlington, WA. I feel like it is important to “show the colors” so to speak and bring my car if I can. Militaria is always sort of an oddball category anyway, and the guys that collect these machines are a tad wacky. The car show organizers never have a judging category for them, so they end up pooled with other oddball (meaning not STOCK OR HOT-ROD DOMESTIC VEHICLES FROM 1925 THROUGH 1975… they always manage to squeeze 20 judging categories out of THAT group!) machines â€¦ such as imports, and race cars, and other miscellanea lumped into a giant pot called “Specialty Cars.” Of course guys with 69 Camaros and C2 Corvettes also throw themselves into “Specialty Cars” because they feel like they have a better chance of winning there… go figure. See what I mean about shenanigans?

Anyway the poor Jeep and armored car guys don’t have a hope in hell of winning anything so they usually just congregate in small, camouflaged groups and look a little PTSD’ed. This particular year though this one guy made a run at success with a full-blown Vietnam Era accessory display. If he’d pulled off a hovering Huey squadron he may have won Best of Show, but I think he struck out with just a toy M-16.

Facebook announced this week that they are building a datacenter in Prineville, Oregon.

Other than being the place of my wife’s birth, and the home of Les Schwab Tire Centers, why on earth would they choose to locate a high-tech industrial facility in Prineville, a tiny town in eastern Oregon far from any major metropolitan area? The reasons are simple, and boil down to two things: Cost of Electricity, and Climate.

Have a look at the map above. This represents the average cost of power to an industrial user on a per-state basis. I’ve said it many times, but it bears repeating: A datacenter is essentially a facility that transforms electricity into bits. Power goes in, bits come out. The by-product of this bit manufacturing process is heat. So power costs, and the ability to keep the facility cool are the two critical components of datacenter site selection. Those white states running through the map represent the lowest power costs.

While the cost to build a datacenter is staggering (~$2000 per square foot) the cost to operate it over time is daunting. Datacenters use a lot of electricity. Not just for powering the servers, but also to keep the environmental conditions correct for those servers. Computers don’t react well to dramatic changes in temperature and humidity, so a stable environment is critical. It takes as much, and often more power to maintain the datacenter environmental conditions as it does to power the servers. Locating the datacenter in a place with a naturally cool climate is a huge advantage due to the concept of “free cooling”â€¦ that is using naturally cool outside air to maintain the inside temps. We do this at digital.forest’s datacenter in Seattle. Outside air is used the majority of the time, year round. Only in daytimes during the summer do the mechanical cooling systems have to kick in and take over. You can’t do this in Houston, or even in most of California. So look at those white states and think about which ones have the reliably coolest climates.

Washington state has an advantage over Oregon in that power is less expensive here. Visionary companies started building datacenters near the large hydroelectric dams along the Columbia River about seven years ago. Microsoft and Yahoo near Quincy, VMware and T-mobile near Wenatchee. More were planned until our Attorney General, Rob McKenna declared that datacenters were not classified as “Manufacturing Facilities” and therefore not eligible for sales tax breaks on capital purchases tied to their construction. Given that it costs tens to hundreds of millions of dollars to build a datacenter, this action tipped the scales into Oregon’s favor. Even though the long term operating costs in Oregon may be slightly higher, the cost to build a facility is much, much lower as Oregon has no sales tax. This is likely why Facebook chose Oregon.

Construction will last for quite a while and inject $188 million dollars into the Oregon economy. Once in operation the facility will bring about 35 well-paying jobs (Facebook says 150% of the region’s prevailing wage) to the town of Prineville. For rural areas this can only be a good thing. So congrats to Facebook and Prineville, and let’s hope it is a long a fruitful relationship.

Datacenters are a growth industry of the future and will be a wonderful economic boost for rural communities east of the Cascades where traditional industries such as timber have all but vanished. I hope our politicians in Olympia have noted this and can get datacenter construction rolling again here in Washington. 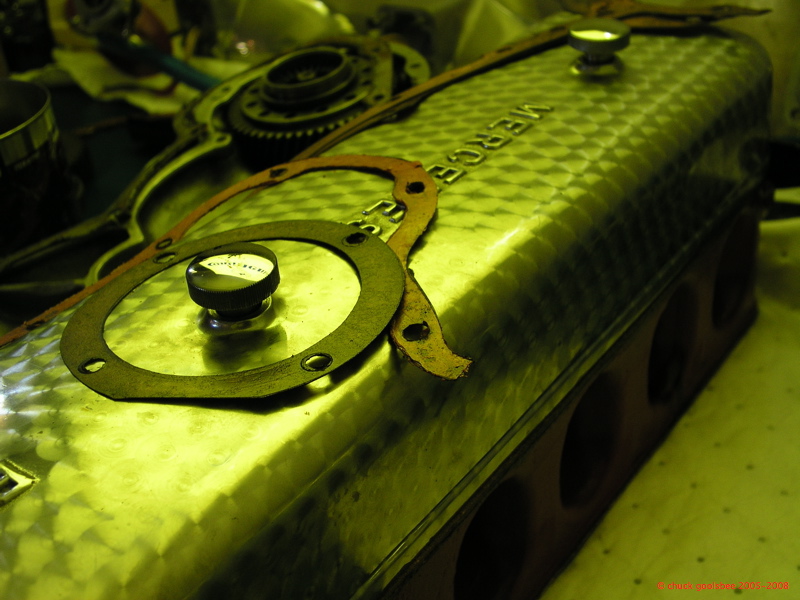 Bathed in the warm yellow glow of a vintage tire sign, here’s the guillocheur-created engine-turned cylinder head of a pre-war Mercedes-Benz 540k with various internal and external bits scattered about the workbench. Seen at the “garage mahal” of a noted M-B collector in Stanwood, WA.