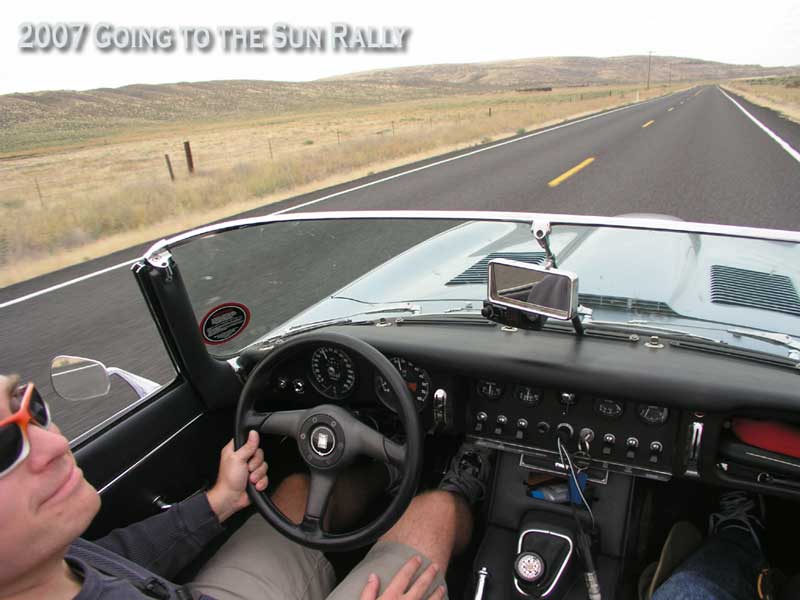 Shaun & I left Arlington after spending time in the barn finishing a mount for the webcam to make timelapse footage of the drive. (more on that later)

I drove down the Cascade foothills to US 2, when we switched drivers and Shaun took the wheel. 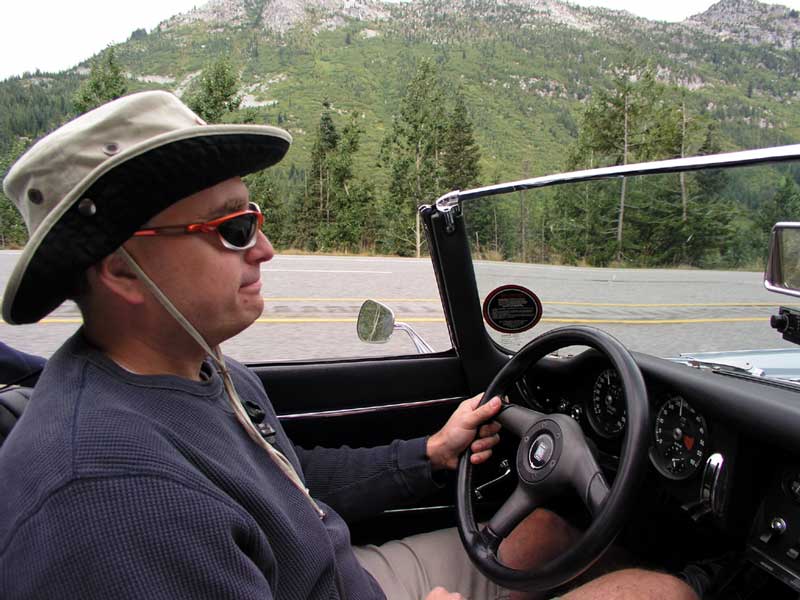 We had mounted the iSight camera on the boot lid with a suction-cup monopod, I ran iStopMotion to capture a timelapse, but of course something screwed up and instead of having the whole day’s drive, we only got about 20 minutes of it. 🙁

We took US 97 south from Peshastin, then switched drivers again south of Ellensburg. I drove the Yakima Canyon Road, which was wonderful. The Valentine saved us from a ticket halfway down the canyon, with plenty of warning of a county sheriff laying in wait around a corner. We started looking for a place to eat lunch in Yakima, but passed it and set our sights on Moxee, WA. I was imagining a Mexican place, but as we rolled into town we saw a place called.. of all things… New York Teriyaki Japanese Food. We had to stop there!

We went in and found a large, clean, and inviting place. They brought the menu and they had sushi. We could not resist… Sushi in Moxee! It was pretty good. The rolls, especially my spicy salmon roll, were awesome. The nigiri was just “OK” – but I say that as somebody used to REALLY good sushi in Seattle places. It hit the spot. 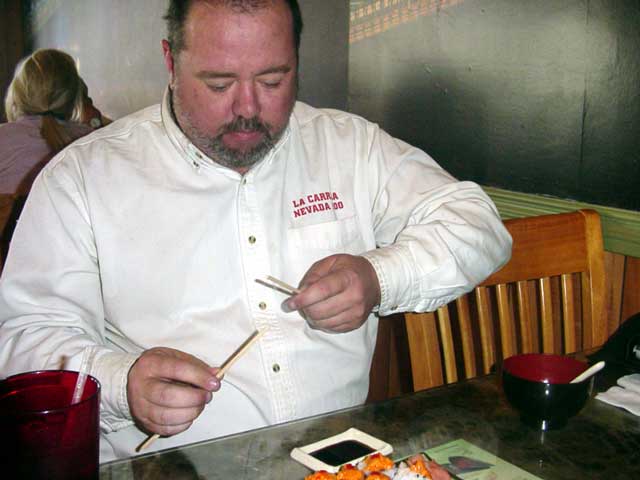 Above: The author prepares for a spicy tuna roll. Photo by Shaun Redmond

From Moxee we drove east on WA SR 24, and the road was excellent. I flew along at “the ton” for quite some way… so much so that I sucked down over a quarter tank of gas in the space between Moxee and Othello. We rode into Othello on fumes and filled up. Shaun took a photo of the Hanford Reactor complex’ from afar as we went by at high speed: 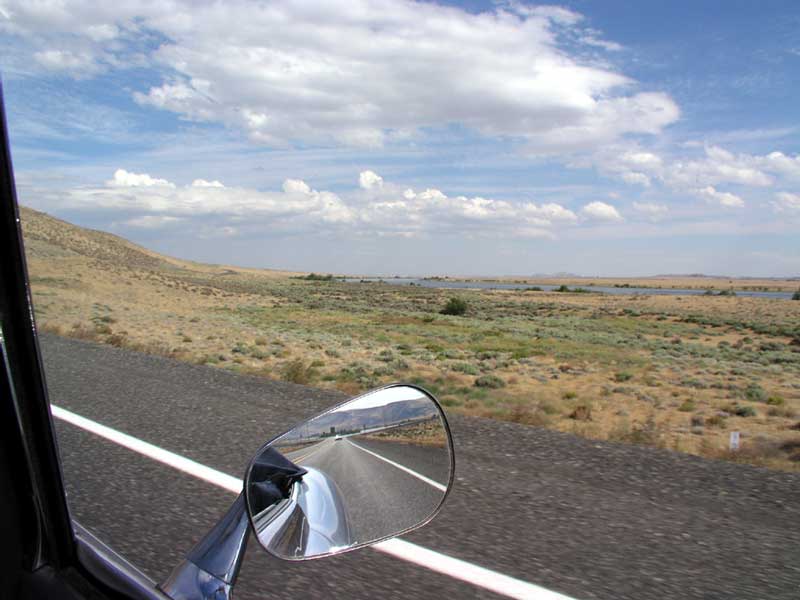 We gassed up in Othello, bought some oil for the Jag, and water (and Dark Chocolate M&M’s!) for us as it was really, REALLY hot. I noted that after my high-speed run in the oppressive heat that my oil pressure fell from its usual 55-60 PSI down to 30-35 PSI. 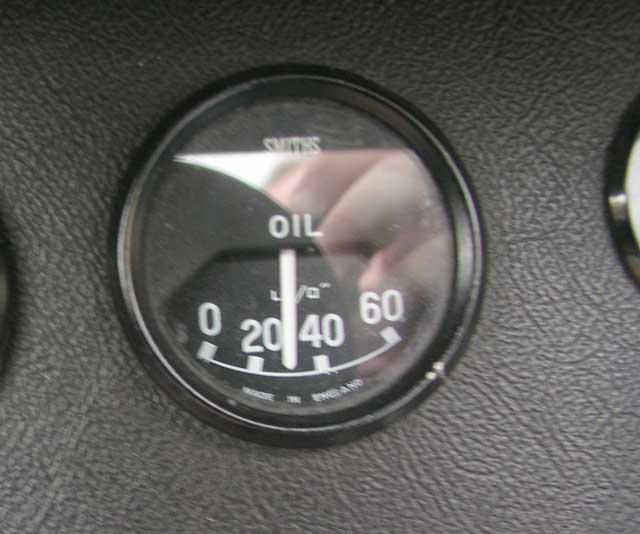 I’m hoping this is just a symptom of the high heat. We’ll see in the morning.

Shaun drove the rest of the way across SE Washington to Lewiston, Idaho. A HUGE storm was moving in from the southwest and we tried to stay ahead of it. I kept prodding Shaun to go faster, but it caught us out as we left Pomeroy, WA. We had no sheltered spot to raise the roof, so we just kept driving. It rained pretty hard, and we got pretty wet. It let up as we arrived in Clarkston. We made our way to our hotel on the far side of Lewiston and as we pulled into the little overhang in front of the hotel, the storm came back with a vengance. High winds, lightning, thunder, and torrential rain. I raised the hood while Shaun checked us in.

We’re safe and comfy in the room now, and the storm has blown off. We’ll likely head out for dinner soon.

4 thoughts on “GTTSR: Getting There”