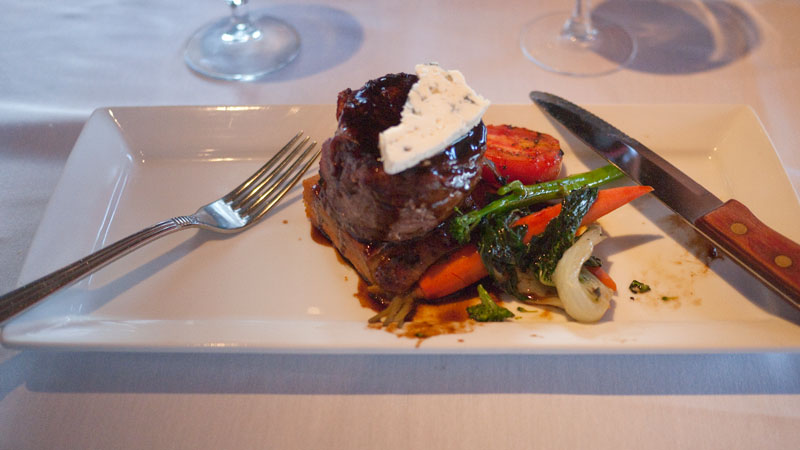 Right before Shaun left last summer after the GTTSR he took all my raw footage from the week and stitched it together into one huge QuickTime movie. I finally had some time to edit out the weird bits (like when the boot was open and the camera was staring at the tonneau, or several places where the camera fell off the mount, and longs bits at lunch times) time-compress it EVEN MORE, and set it to music. 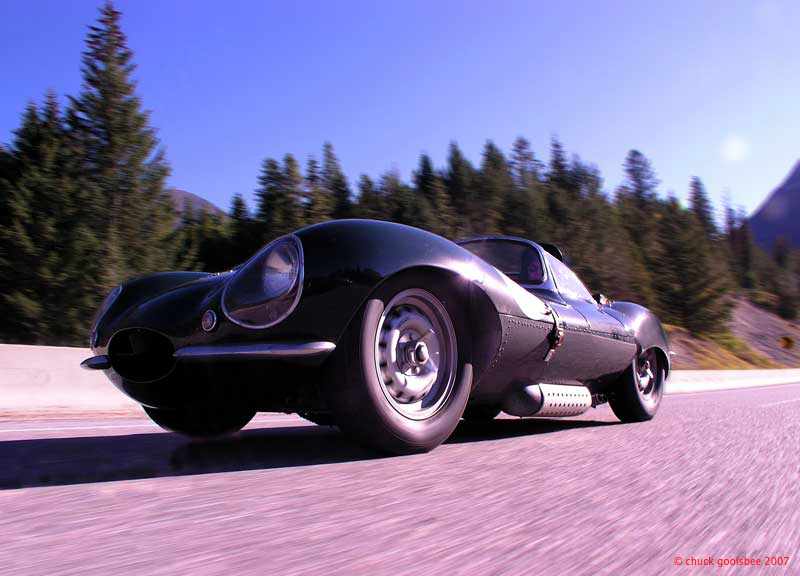 I (try to) post a “car photo of the day” at least once a week 😉 through the year for all my car guy friends to guess, talk about, tell stories, whatever. I figured I’d use one of the last days of the year to post my favorite photo of 2007.

This is Philippe Reyns’ Jaguar XKSS.

Those of you that have followed along with my vintage rally stories over the years know that I am passionate about photographing cars, but I never really talk about HOW I do it. Here is a glimpse of what happens on the other side of the camera for a shot like this…

I took this photograph while hanging out the passenger door of the 65E on the fourth day of the Going To The Sun Rally last September. I have always had a serious attraction to D-type Jaguars and being in their presence is magical. I think I took a zillion photos of the two XKSS’ at the rally this year – most of them while sitting still. The morning we left Banff the light was just perfect and I prodded Shaun to drive fast and catch somebody so I could get some great pics. Shaun drives my car too slow. 😉 Thankfully Philippe & Francoise caught US as as we climbed a long grade out of Alberta and towards British Columbia. Through some frantic hand waving and gestures I made it clear that I wanted to “hopscotch” the cars… passing then re-passing each other while I took photos. Philippe instantly understood my intentions and performed wonderfully. In a series of two or three passes I was able to fire off a dozen or so shots. The light was better as we passed the XKSS, than when he passed us. I was really looking for a low & behind shot of the diminutive Jaguar, but in the end it was this close up frontal 3/4 view that provided the best image.

At no time was I able to look through the viewfinder when I took these photos. I set up the camera, and held onto it as best I could, and at full arm’s length operated the shutter while doing my best to point the lens at the subject… as we passed it. I knew the shots I was looking for even before a subject car arrived, so the camera was set up: wide-angle lens, set to auto-drive, strap wrapped around my wrist with enough slack to move the camera body around in my hand, but not enough for it to get away should i lose my grip. As we approached the subject from behind I would open the car door with my left hand, and slide my right hand and camera out the bottom, hold the door with my left hand and depress the shutter with my thumb as I craned the lens toward the car as we passed. As we slid back into our lane I’d pull my hand & cam back in the car and raise up to a kneeling position facing backwards. As the subject car passed us I’d shoot with my right arm held as high up as I could, with the camera pointing at the subject. I’d be holding onto the luggage rack with my left hand. I have the seatbelt wrapped around my legs and butt to keep me in the car. I’d sit back down then signal Shaun when I was ready for him to pass for the next shots.

I don’t have professional gear… just an old Olympus C-5050Z camera. I have a wide-angle adapter lens I bought that screws on the front. I’m not a gear snob really… I shot for years with a 1.3 megapixel little consumer camera. The primary reason I picked this one (back in 2003) is the ability to manually override the controls. I like a little blurring in my moving car images, and most digicams do their best to freeze the action rather than blur it. This image would be dull if that wheel were frozen in place like the car was parked! As it is, the knock-off is really spinning. The tire is a blur. With this camera I can slow it just a tad to get the look I want. Beyond that… who cares about the gear! Great images are about composition, light, and subject… the equipment used is irrelevant. The best photo I ever took in 1999 was with a cheapo, low quality 640×480 camera. (it has an almost impressionist painting look to it… I love that photo!) Your brain is the tool, not the camera. But I digress.

I thoroughly enjoyed taking these photos. I especially love this photo. Earlier this year I had an enlargement made of this and mailed it to Philippe & Francoise. This “webified” version is rife with compression artifacts, but trust me when I say, it looks great on paper.

It was a privilege to meet the Reyns’ and have them share this wonderful car with me. Truly a highlight of my life… a boyhood wish come true.

I can’t wait for 2008 an what photo opportunities await us all!

Here is the text from the notification I just received:

Results of the SNG Barratt Jaguar Photographic Competition 2007
The SNG Barratt Jaguar photographic competition was a great success for the second year running, many thanks to everyone that took the time to enter. Weâ€™ve all had great fun sifting through the entries. Below are the names of the lucky winners. If you werenâ€™t successful this time, then thereâ€™s always next year!!!
Ist prize of Â£250 worth of SNG Barratt Vouchers goes to Tom Nelson from London, in second place was Chuck Goolsbee, Washington, USA who receives $275 and the third prize of Â£75 goes to Richard Colton from Stanwick, UK. Below are the winning entries…. 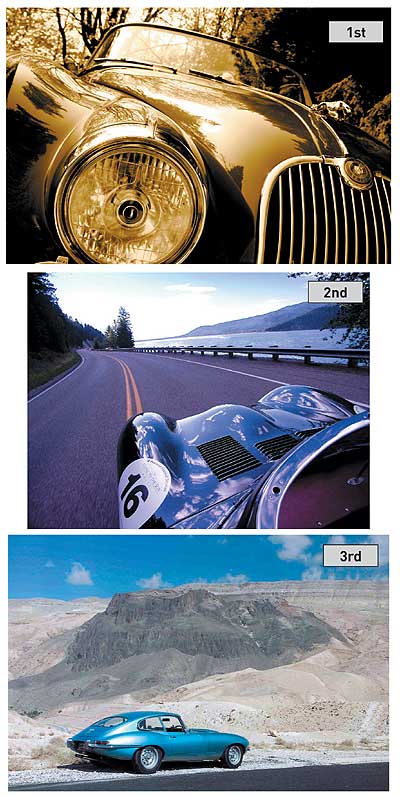 My winning photograph this year is a shot of Philipe Reyns’ XKSS I snapped as we drove along the east shore of Swan Lake in NW Montana during this year’s Going To The Sun Rally. It was certainly the ride of my life and worthy of a prize. The prize however will be lavished upon the 65E, sorry Philippe!

Posting this (and Paul Wigton’s comment on my last post) also reminds me that I really need to get back into the “Car Photo of the Day” habit again, since I have so many good ones.

Stay tuned for more of that. 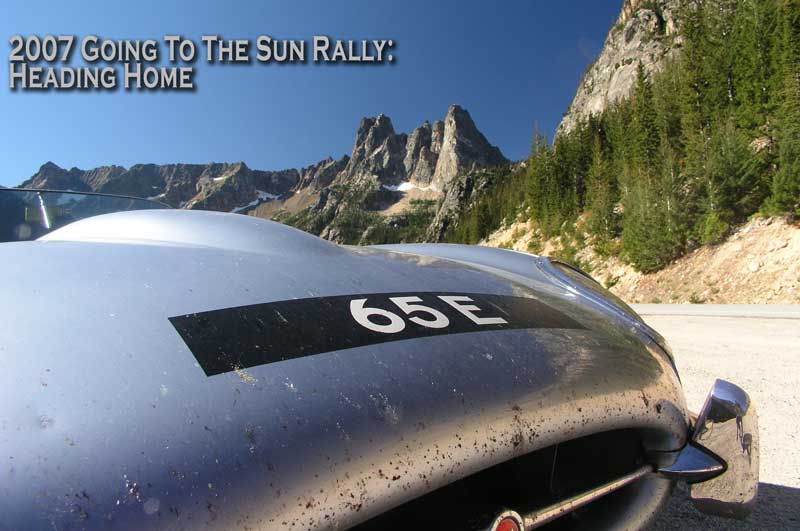 The rally is over. The participants are scattering in all directions. It is time for Shaun & I to head home.

We’re planning on taking northern route home, for the most part following MT 200 and WA 20 (aka The North Cascades Highway)… a nice route that stays in the mountains the whole time. The Rockies, Cabinets, Selkirks, the various Columbia sub-ranges… then up and over the wide part of the Cascades. This is the route that my son Nick and I drove in 2003 when we first brought the 65E home. It is my favorite way to traverse Washington.

END_OF_DOCUMENT_TOKEN_TO_BE_REPLACED 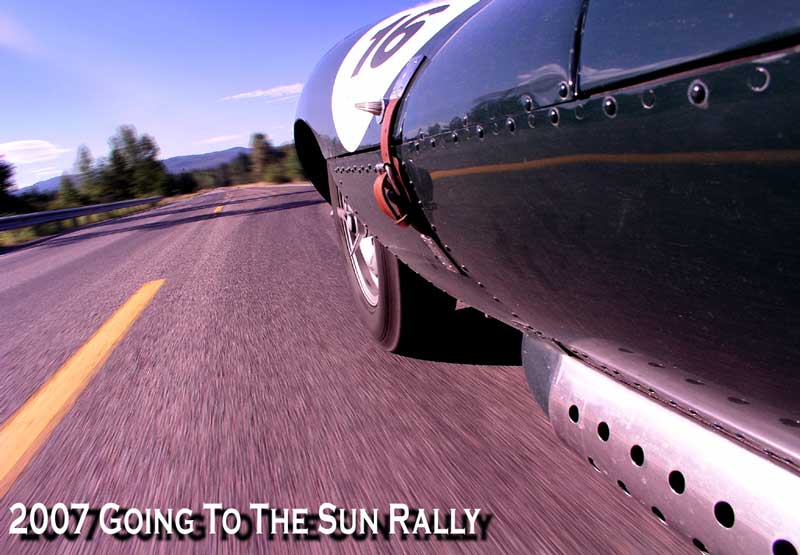 Today is the last official day of the 2007 Going To The Sun Rally, and I’ve spent virtually ALL of it as a passenger. Go figure.

END_OF_DOCUMENT_TOKEN_TO_BE_REPLACED 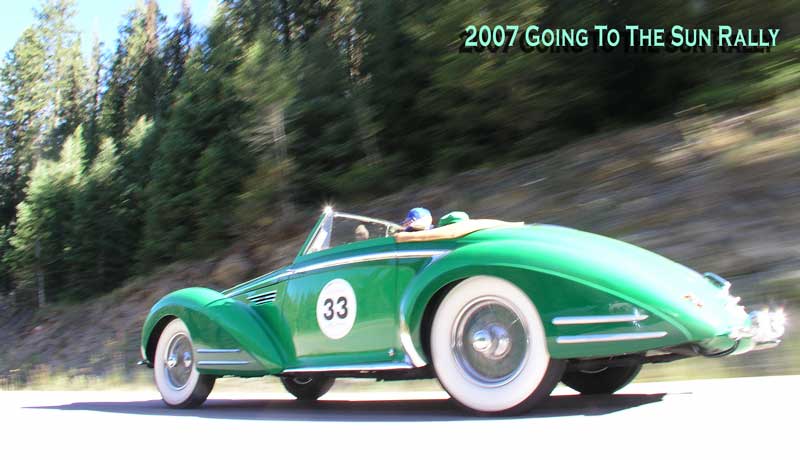 For those of you who are experiencing Total Jaguar Overload, I present to you an alternative masthead image.
Jim & Tonya Hull’s 1945 Delahaye 135 MS.

Enjoy it while it lasts because some of us can’t get enough Jaguar Overload. 😉