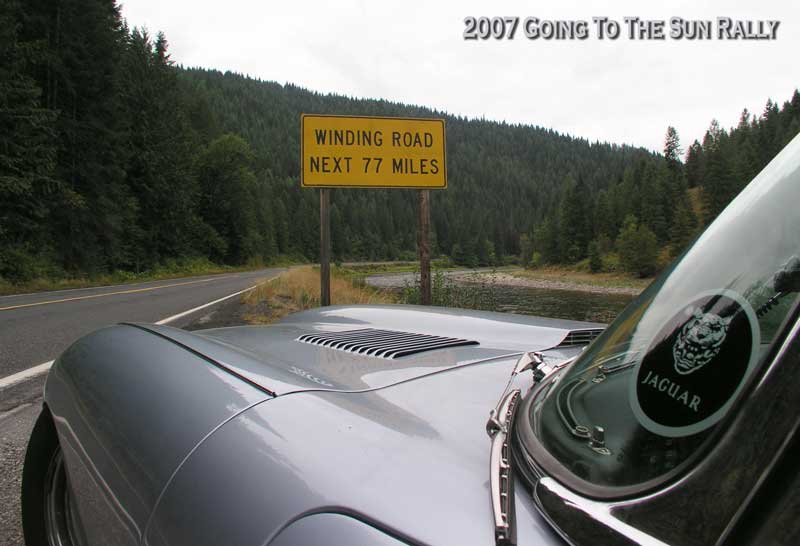 Today we drove from Lewiston, Idaho to Helena, Montana, with a lunch stop in Missoula. The day dawned clear and blue in Lewiston. We set up the timelapse rig, even though my computer power adapter had been acting up the day and night before. We managed to capture about 20 minutes again, before it went dead.

As we headed upriver the valley was filled with mist, fog, and low clouds, as well as brilliant sunshine. It made for really nice photos: 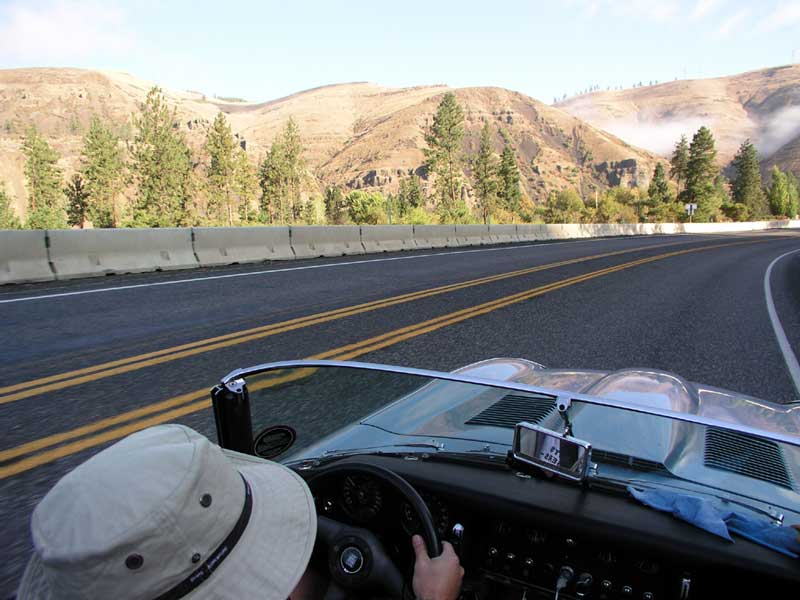 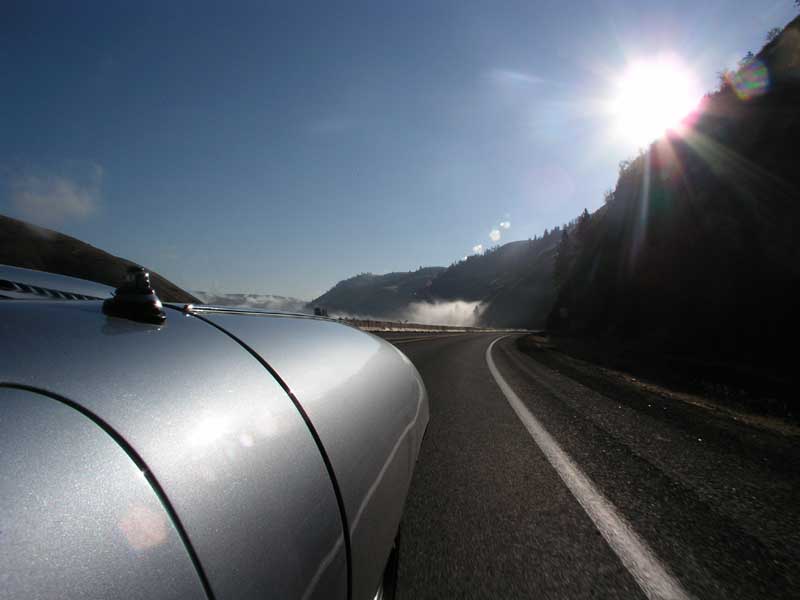 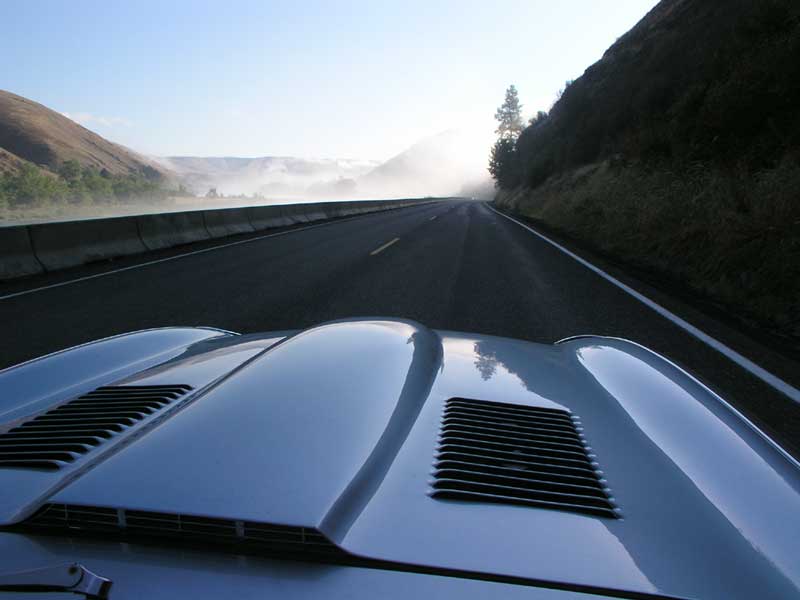 Shaun drove the first half of the way across Idaho… up to the famous “Winding Road next 77 miles” sign, at which point we switched, and I drove. Not before I snapped a few photos though. 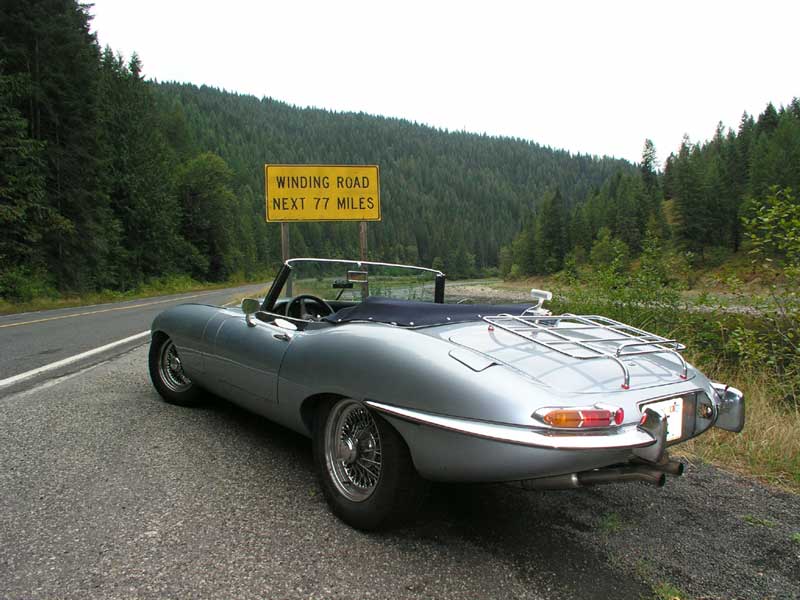 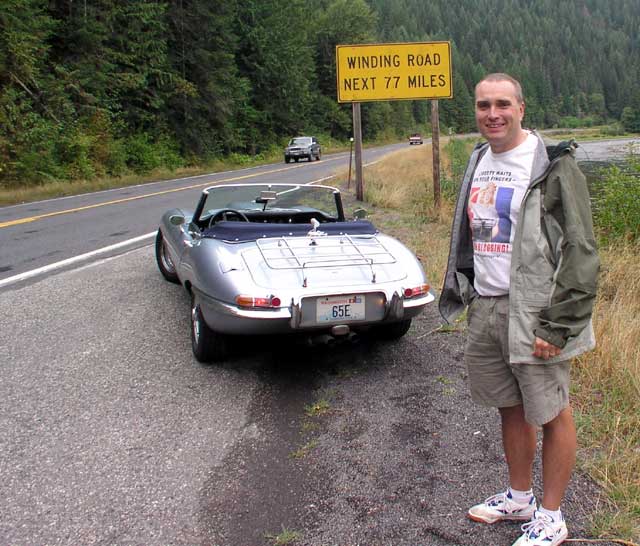 This is the first time I’ve driven this road in daylight. I’ve always done it at evening or very early morning. I was having a blast, running the car hard and really enjoying myself. I had a grin plastered on my face… until…

I came around one left-hand bend at over 80 MPH and saw an Idaho State Patrolman parked on the shoulder. I came off the throttle and onto the brakes (brand new EBC ceramic pads!) and bled off 20+ MPH before he lit me up with a full-on Ka-band paint job. As we passed him his lights came on and I pulled over… 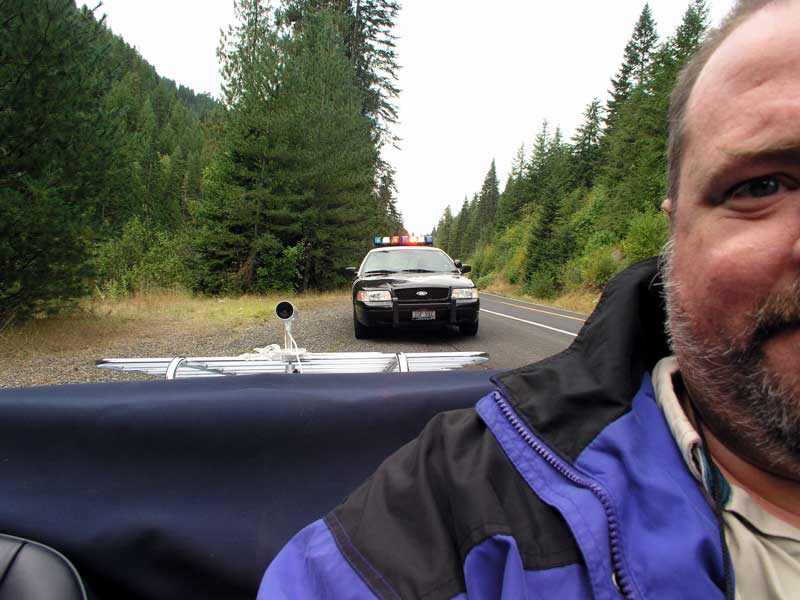 I drove the rest of the segement up to Lolo pass and down to Missoula. We almost ran out of gas, but found some just under the top of the pass. From there we rolled into Missoula an hour late to meet my “Internet Friend” Richard Kuschel for lunch. Richard is on the E-type-lover’s mailing list and we met up once before (by accident) on my father/son roadtrip with Nick in 2003. This time we planned to meet, and this time he brought his E-type. It is a ’68, modified to be a complete S1 car. The color is unique, sort of a “metallic root beer”, which I have to admit I like. 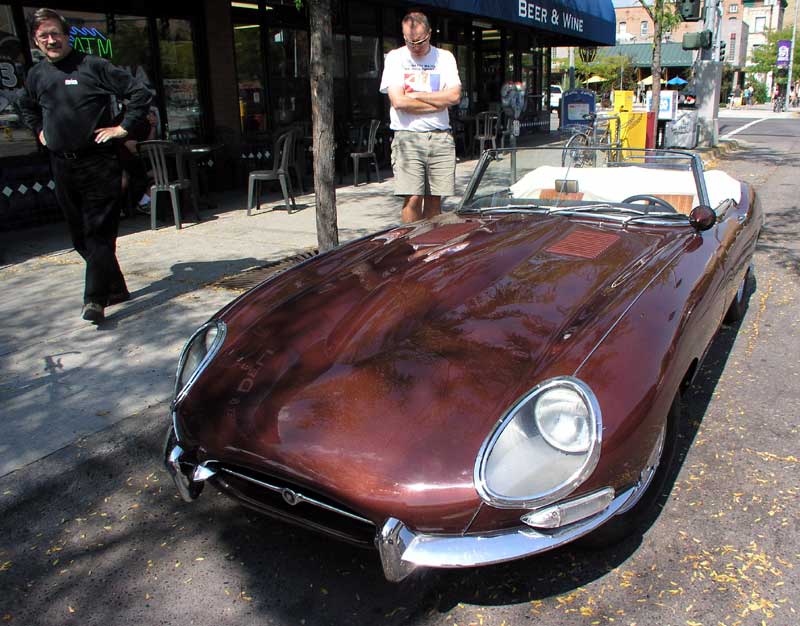 Richard is on the left.

We had a great lunch at a brewpub, and then headed over to a computer store. Me to buy a new power adapter, and Shaun to buy a new digital camera. On our way there my broken power adapter came back to life and the timelapse capture began again! So you’ll be able to follow our trip from when we left lunch. The car’s starter which gets heat soaked refused to fire on each stop – lunch and the store. We push started each time. We left Missoula and stopped for gas not far out of town. I took the opportunity to adjust my idle, which seemed to barely keep the car alive at altitude. This time the car started just fine. Go figure.

Shaun drove the next segment, all the way to Helena, a mixed freeway-highway drive. On a sharp bend as we descended the pass above Helena the camera fell off its mount on the car’s boot, so watch for that on the timelapse. We stopped as we arrived in Helena and fixed it when we swapped drivers. I knew where the hotel was, so I brought us in. We checked in for the hotel, and the rally, attended the driver’s meeting, caught up with some old friends from last year, and then parked the car.

I was awarded a special T-shirt when the Rally Organizers heard about my Idaho encounter with Officer Friendly:

Some amazing cars are on the rally this year, including… 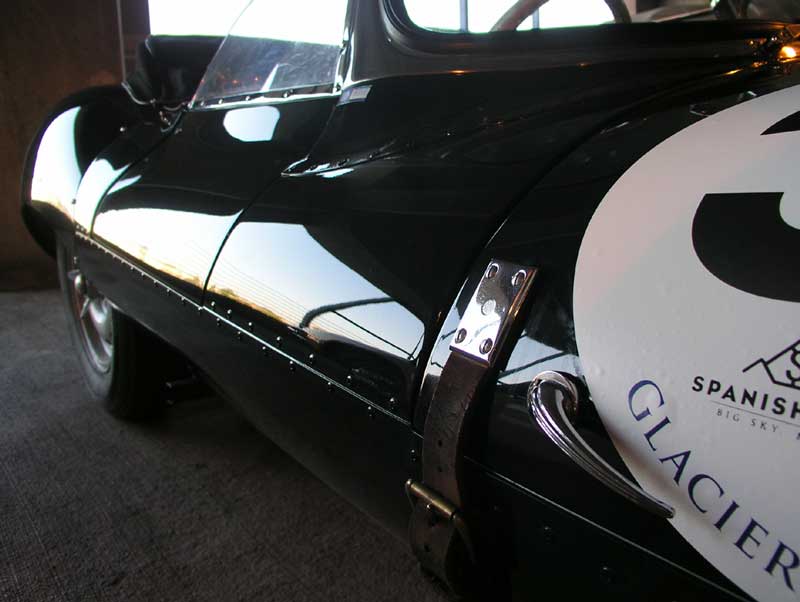 TWO of the total sixteen Jaguar XK-SS cars. wow. There is also a Delahaye: 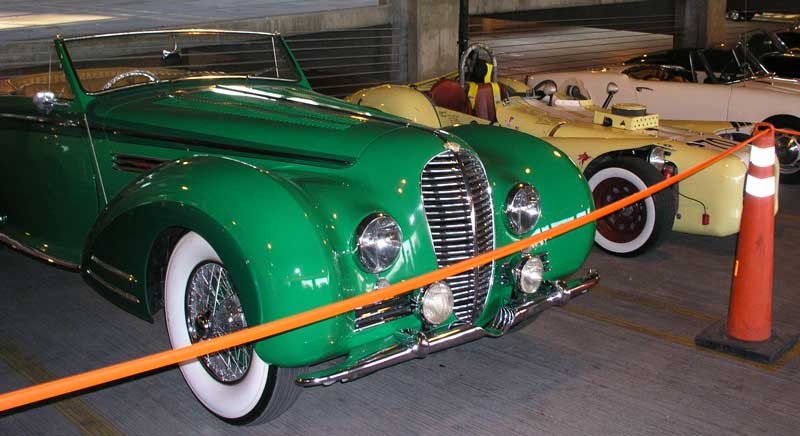 I uploaded the timelapse to Youtube. When it is done processing there, it should be ready to view:

6 thoughts on “GTTSR: Getting There, Part Two”