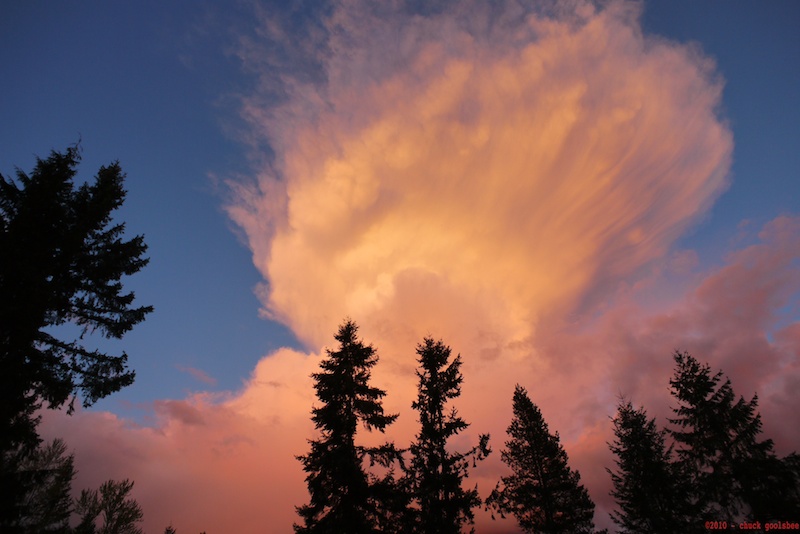 The weather here over the past few days has been dramatically Spring-ish. Unlike our traditional multi-layer blankets of grey, we’ve been treated to dramatic broken clouds and sunbreaks. This evening as we were finishing dinner (Nick made pasta and meatballs!) the dining room’s eastern facing windows began bathing us in golden light. A large storm cloud was over the Cascades and was being lit by the setting sun. Nick said I should get my camera. I stood up and looked outside, and noted the towering, spreading cloud top and said that I really don’t have a wide-angle lens wide enough to really and adequately capture the moment. Then I recalled that I had a step-up ring that fit my Olympus 0.7x teleconverter. I dug that out of the camera bag as fast as I could and screwed together the bits I needed, and scurried out onto the deck. Sure enough the 9.8mm equiv lens couldn’t capture the entirety of the scene. (You guys need to buy some of my photos so I can buy that 7-14mm lens! Click over there!—> )

I shot about 50 images, most in JPEG then finally remembered to switch to RAW as the sun finally sunk over the horizon. 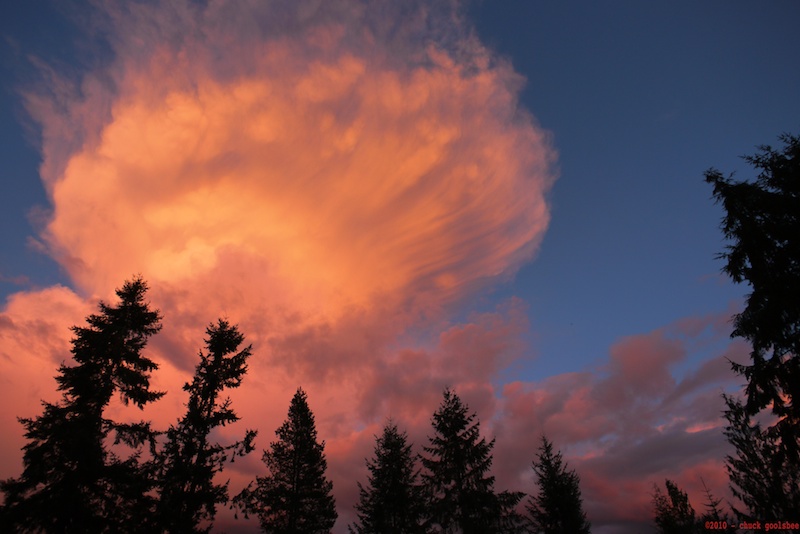 Today, after chatting with a few folks about the fixes in the latest rev of Aperture I re-downloaded/installed it (after nuking all evidence of its previous existence off my disk.) Oddly the pixels right off the sensor were pretty damn good on their own! I performed minimal adjustments. These three images are straight JPEG exports from Aperture. No round trips to Photoshop for my usual “save to web” treatment. Which do you like best? 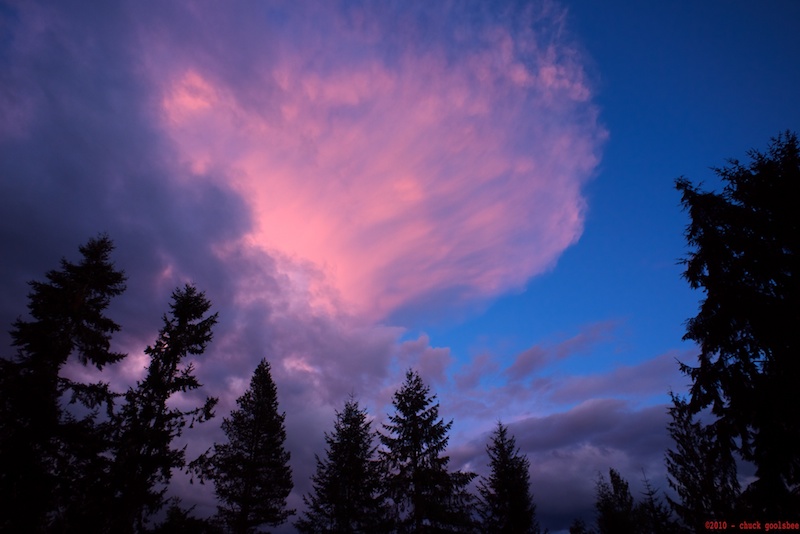 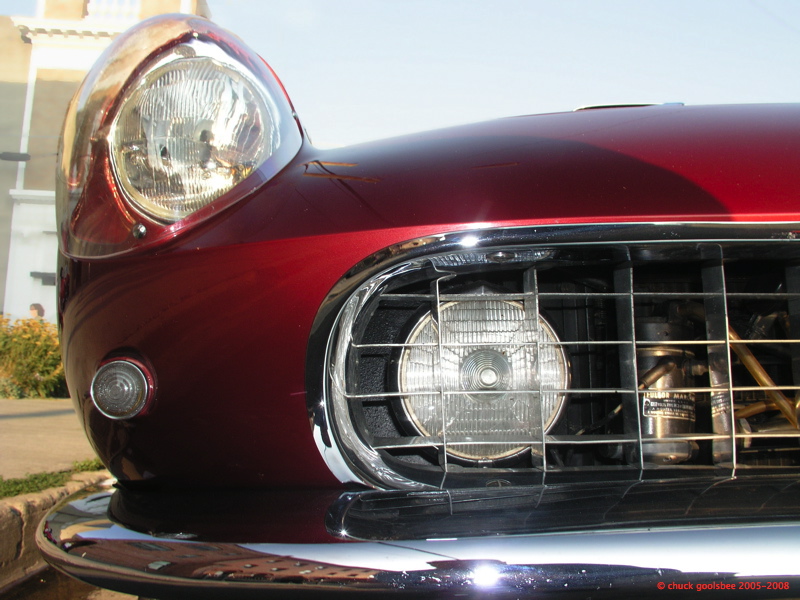 Not a real hard one today, as I’m a bit busy, sorry!

(I’m taking Chris back to school for Spring Quarter this afternoon, then heading down to Portland for the day Tuesday.) 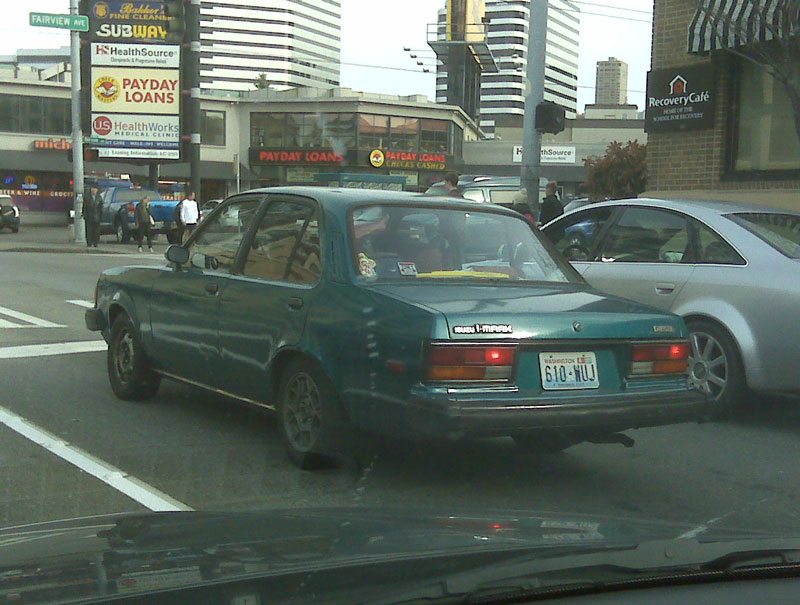 It is not every day that you see a Japanese Diesel car, especially an I-mark from the early 80s, apparently still being driven by its original owner! I stumbled upon this one just north of downtown Seattle recently. Pardon the crappy cell-cam shots, as my good camera was in the trunk.

Ironically I saw this as I was between picking up two small-scale collections of WVO for making BioDiesel at home. 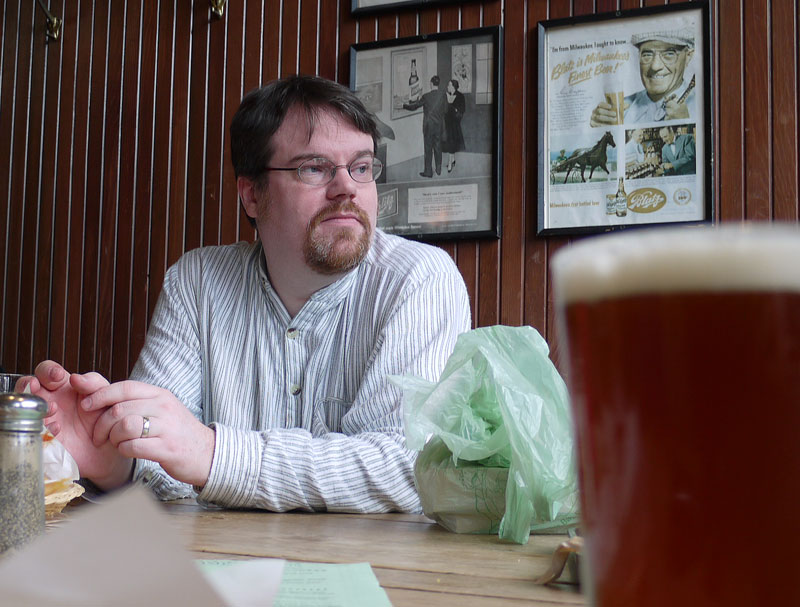 I spent yesterday in Seattle attending to several important life tasks. The foremost of which was saying “farewell” to a great friend and colleague, Bill Dickson. I’ve known Bill for around twelve years, and had the great pleasure of being his boss for a fair amount of that time. Bill’s a great guy, and one of the best sysadmins I’ve ever managed. Bill has found a new job, in another state, so is leaving Seattle in the next few days. He held court at the Big TIme Brewery in the University District yesterday from about 11:30 AM until sometime after 3 PM. I showed up about 12:30, and hung around until a bit after 3. A parade of well-wishers and old friends came by to say their farewells. Among the folks there were a few other ex-digital.forest tech staff, including the amazing Tom Kepler, and Matt Jay with his wife Jen. 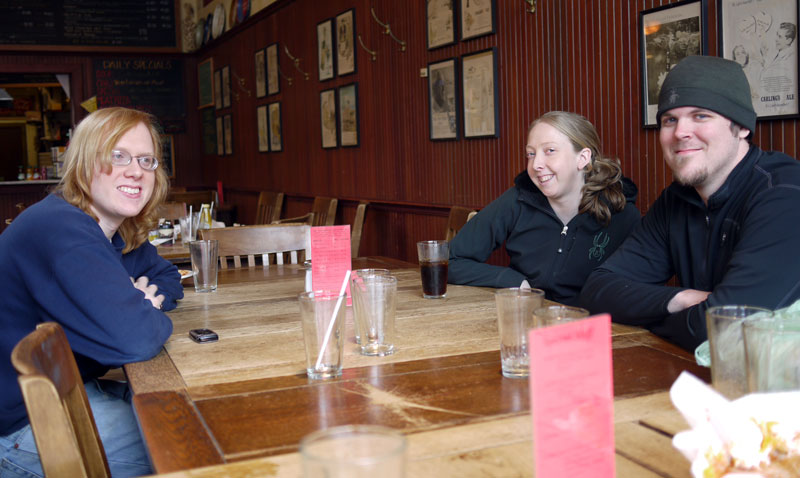 Quite a few other folks I had hoped to see were absent. 🙁

Earlier in the day I was actually at digital.forest, in my old office (now strangely and sadly empty) building a new server. It is a nice little dual-processor, 1U (but not unnaturally long!) server. Soon I’ll be moving this website, and all my other scattered web properties (www.goolsbee.org, etc.goolsbee.org, mac-mgrs.org, etc etc) onto this machine. I have stuff scattered all over both d.f shared servers, and a few of my own, very old, and very crufty servers (including a 1998-vintage 233MHz G3, which serves most of the images on this site!) The point being to consolidate and make my personal webstuff more portable. Less impact on d.f, and easy to relocate should I need to do so.

Before Bill’s send-off I spent a bit of time installing an operating system (BSD) on the hardware. In a lot of ways this new server will keep me connected with Bill, as he’s moving his web stuff onto this new server as well. I trust him with root more than I trust myself.

After 3 PM I ran back downtown, and had a meeting/interview with the CTO of a company that is interested in me. Yes, a job interview on a Sunday. More news on that should it develop. 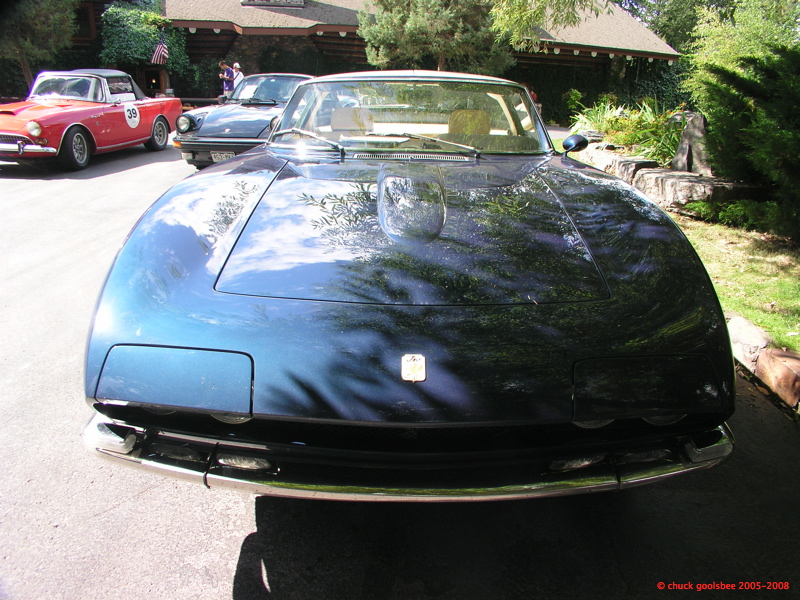 Here’s a weekend fun one for you. Two cars are a giveaway, but the main subject is a tad esoteric. MarkC is disqualified as he was my co-driver on this event. 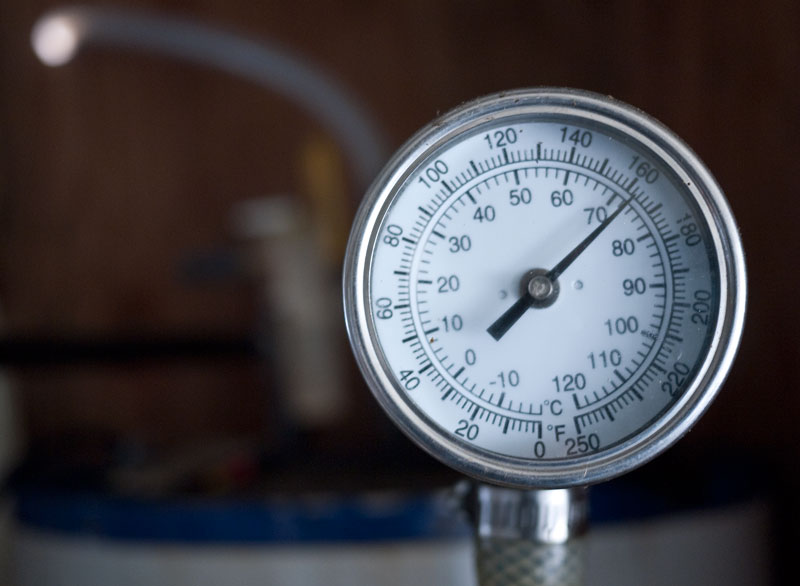 I’m cooking up a batch of BioDiesel today. Filled up the processor last night and and turned it on to heat up. Obviously my thermostat is off calibration as it is supposed to stop at around 55°C. Easy fix.

For the past year I’ve been doing a two stage process, with an 80% load of the catalyst going in first, followed by an overnight settle, then a re-heat and the remaining 20% going into the mixture. This seems to get better conversion rates, though slightly lower yields – which even to my pea-brain understanding of Chemistry seems to be logical. Since I started doing this two-stage process I have yet to have a batch go bad in the wash process. Nothing worse than watching 100+ liters of fuel turn into a vat of pancake batter, or soap!

The downside is that it takes twice as long to do the processing as you have two overnight settling times. I’m happy to see 2—5% lower yields since I’m getting better fuel in the end. Warmer temperatures are coming soon, which means I can run the cars on more home-brew and less pump fuel. The old TDI gets switched to B100 as soon as ambients hit the 60s (F), but Sue’s CRD tops out at around B80. I just haven’t worked up the courage to commit her car to 100% home-brew.

This winter it thankfully never stayed too cold here so I was able to keep at least 20% BD in the tanks of both cars, which keeps the fuel systems clean and avoids filter clogging that inevitably haunts us if any car has reverted to 100% #2 Diesel. That stuff coming out of the pump just coats the tank with crud without some good veggie solvent to keep it clean. 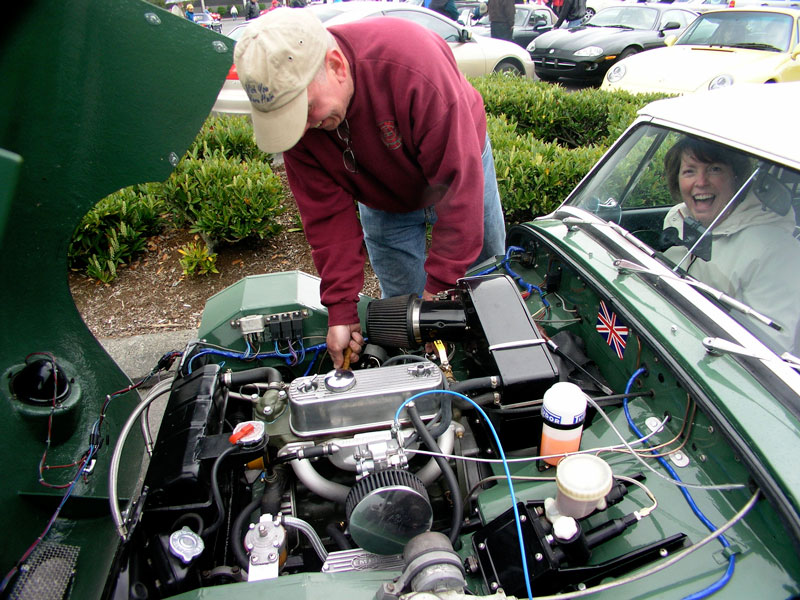 Write your photo caption in the comments. 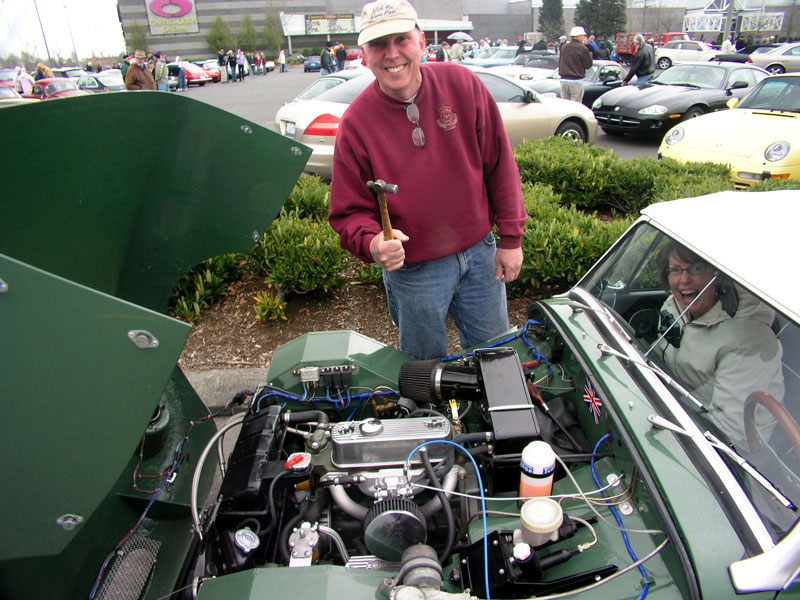